How low would you go? 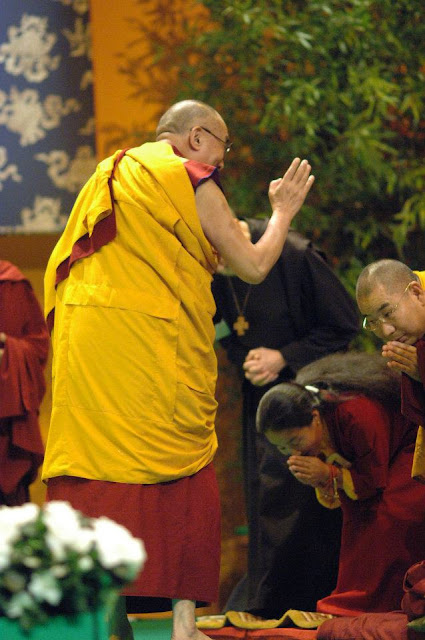 This is a wonderful photo of an example of guru devotion. Recently, when His Holiness the Dalai Lama walked into the room to give a teaching, everyone bowed down to him.  Notice Khandro-la, the living dakini who has healed many beings, bowing even lower than lower to His Holiness.  This is how we venerate the Buddha, His Holiness who is the embodiment of 1000-Armed Chenrezig. This is respect. This is how we venerate our gurus, who are greater than the Buddhas of the past, present and future. 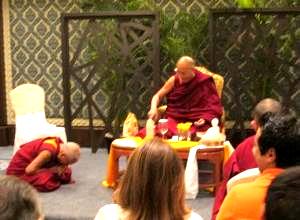 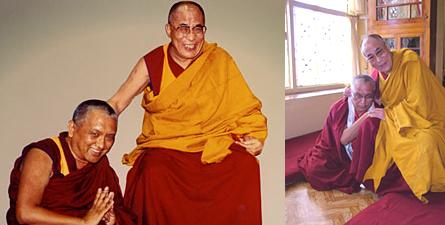