A very exciting event is coming in 2012. The world's largest Jade Buddha is finally arriving to Singapore, right at the heart of Orchard Road! The amazing Jade Buddha for Universal Peace has been travelling around the world to bestow blessings to millions of people, and it will be on display at Ngee Ann City from 13-26 Jan 2012.  Let's find out more about this event and why the Jade Buddha is so amazing.... 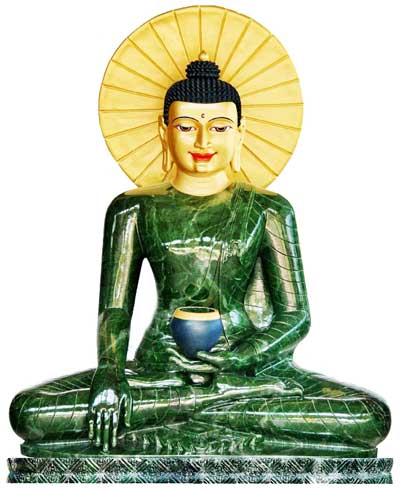 Amitabha Buddhist Centre (ABC), an affiliate of the worldwide FPMT (Foundation for the Preservation of the Mahayana Tradition), is exhibiting the Jade Buddha for Universal Peace, a 2.7metres tall statue of Shakyamuni Buddha which was carved from a rare boulder of translucent Polar jade discovered in Canada in 2000. It is said to be one of the largest single blocks of jade ever found. It sits on an alabaster throne of 1.4 metres high.

Lama Zopa Rinpoche, my precious guru, and the Spiritual Director of FPMT, had a vision of this unique piece of jade, and thus instructed it be carved into a statue of Shakyamuni Buddha and named the statue the Jade Buddha for Universal Peace. Rinpoche said this Jade Buddha will inspire all beings to follow the peaceful path and it “will illuminate the world and bring inconceivable peace and happiness and help prevent the destruction that is happening so much in the world, including war.”

The 4-tonne statue, which has been valued at US$5 million, is modelled on the famous statue of Shakyamuni Buddha in Bodhgaya, India, recognised by all Buddhists to be the place of the Buddha’s enlightenment.


In early 2009, the Jade Buddha for Universal Peace embarked upon a world tour. Since then, millions of people around the world have been able to experience the blessings of this modern day wonder of the world. Once the tour has concluded, the statue will move to its final home at the Great Stupa of Universal Compassion in Bendigo, Australia. The Great Stupa will be the largest Stupa in the western world (outside of Asia). It will be a symbol of peace to inspire the world for the millennia to come. 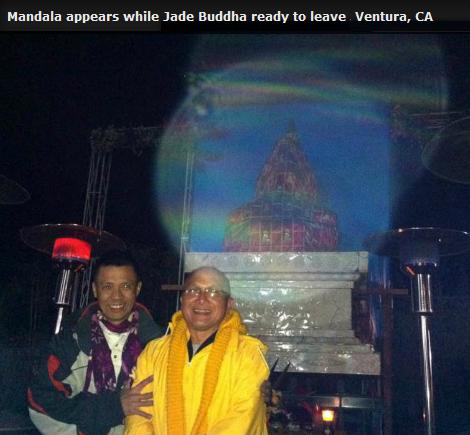 These lights appear in a wide range of conditions and even appear inside buildings such as the Museum of Western Australia in Perth and the Sydney Entertainment Centre. But not all people seem to be able to capture these photographs. The lights have been called “Mandala Lights” because of the symmetrical design which has a similarity to a Buddhist mandala. The lights appear to be semi-transparent and while they appear to be largely white, but when enlarged they are seen to be made up of many colours. Enlargements of the lights have also shown wonderful and colourful patterns within the lights. 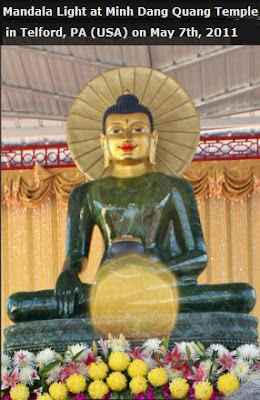 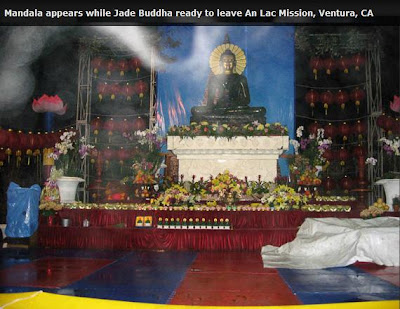 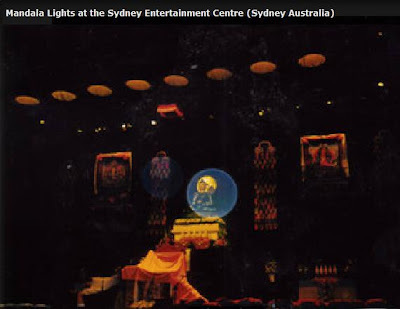 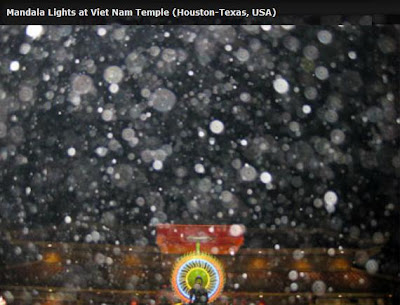 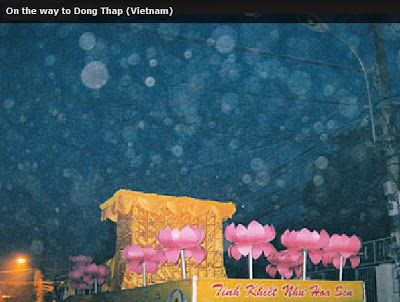 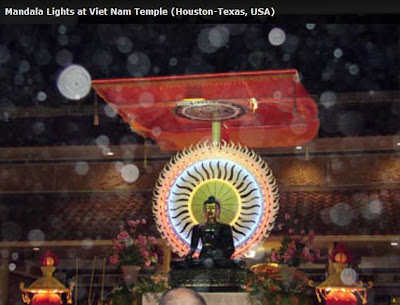 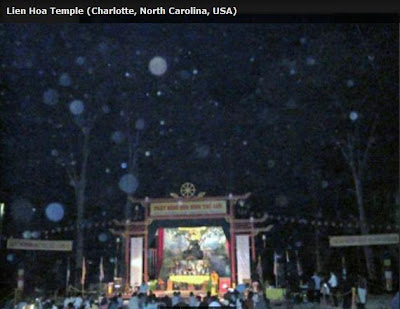 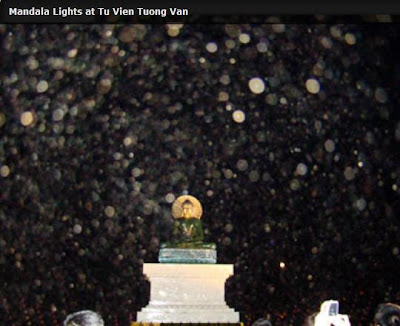 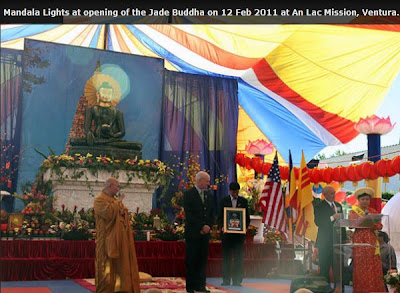 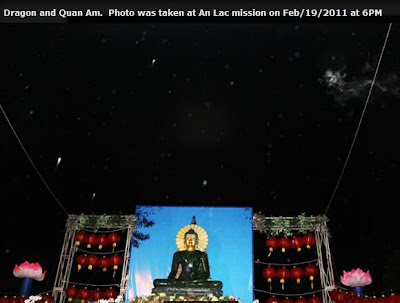 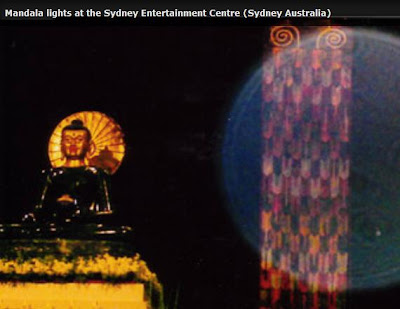 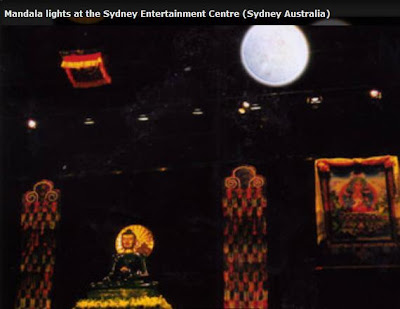 Download the Jade Buddha for Universal Peace factsheet here.
Mark your calendar for 13 - 26 Jan 2012!  For more info, go to www.fpmtabc.org.