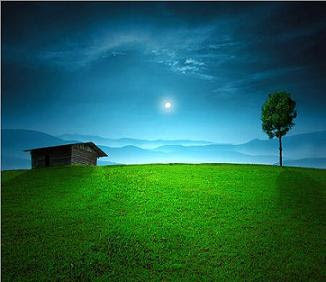 A few days ago, I lost it. I cannot remember the last time I was extremely consumed by anger, and it seemed a long time ago.  I was attending an event and right at the start of the day, I was feeling very very uncomfortable about don't-know-what. The feeling was indescribable. As the day progressed, I got more agitated, restless and despondent. I simply did not understand why, as it was supposed to be a spiritually healing event. Instead of feeling special strong positive energies, I was consciously feeling uneasiness and conflicting energies. By the time it was evening, I had an unpleasant encounter with a stranger.  It was evident to me that my earlier agitated mood the entire day was a premonition of what was going to happen.

Although I am glad I was able to feel that something was going to happen, I was not happy that it did, and that I was not patient enough and I could not control my anger. It was not the fault of the stranger per se, but it was a series of accumulated inefficiencies (things that were not done right) that happened which culminated in this unfortunate incident. Or perhaps, whatever that happened was meant to help me purify all the negative afflictions and thoughts.

And to my chagrin, the worst was, my friend suffered the brunt of my complaints and bad mood, and we did not even have time to talk about it. I was pissed I could not contain my mood and emotions, and to control my mind. I could even have affected my friend's session during the event as well. Another friend could not believe I could be so riled up.

Why didn't I meditate enough on Emptiness, which is the remedy for all delusions, especially anger? Why didn't I meditate on the teaching of Karma? The minute one meditates on karma, there is no room in the mind for anger because there is nothing to blame. In daily life, when a problem arises, we act like that problem was created by somebody else. But if we think about karma, there is no basis for anger. Why couldn't I see that at that point of time?

Nonetheless, I am grateful to that couple of friends/benefactors who gave me advice. I was trying very hard to be objective and recognised that whatever angry words I uttered that night, I was going to regret the next day. I am thankful I did not carry out a couple of actions caused by my anger, which could have been even worse now.

Reading Lama Zopa Rinpoche's teaching on Anger helped me calm down.  May I improve in my practice on meditating on karma and emptiness.
yours truly, STUMPBO @ 1:17 pm