Why I don't believe in burning these

Over the past weekend, which was Qing Ming Festival, I accompanied my parents to the temple to pay respect to my late grandmother, whose ashes are housed in an urn there. It is a yearly routine. 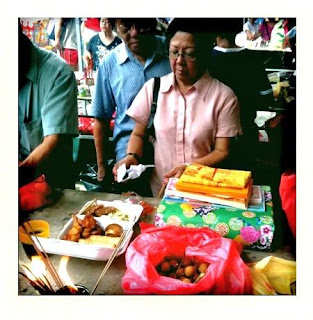 The Qingming Festival is an opportunity for the living to remember and honour their ancestors at graveyards (if they were buried) or temples (if they were cremated). The present generation prays before the ancestors, sweep the tombs and offer food, tea, wine, chopsticks, joss paper accessories to the ancestors. 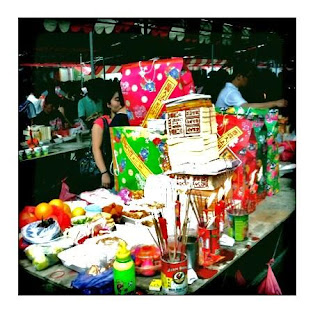 Why is there a need to do this? Following folk religion, the Chinese believed that the spirits of deceased ancestors looked after the family. Sacrifices of food and spirit money could keep them happy, and the family would prosper through good harvests and more children from generation to generation. 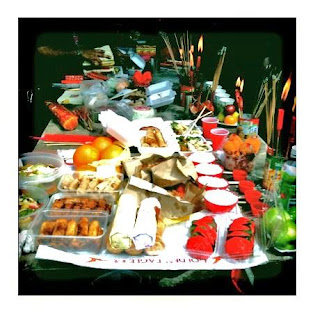 The food usually consists of dishes a deceased ancestor was fond of. Then  the family will put burning incense with the offering so as to expedite the transfer of nutritious elements to the ancestors. 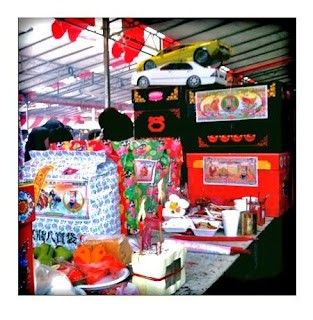 What I notice in recent years is that many people are buying more and more of the paper offerings, made into chests and chest of money notes, including paper cars, paper clothes, paper shoes, paper houses, paper handphones and more, in order to ensure that the deceased would still continue to possess the "material" stuff they had on earth. 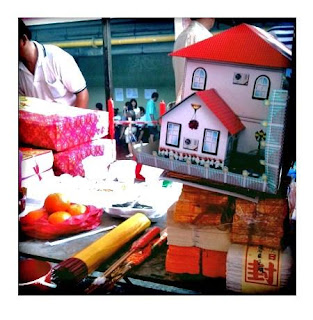 Personally I do not believe in doing this and the custom of burning sounds illogical to me. I am doing it out of respect for my parents (who belongs to the older generation) who still feel more at ease if they continue this 'tradition'.  Would my late grandmother really get to use the stuff which was burnt to her?
Many Chinese believe that the after life (if you take rebirth in hell) is the same as the world we currently live in.  However, I would like to note that only those who have created very negative karma are reborn in the hell realm. In Buddhism, there are 5 realms you can take rebirth in 1) gods 2) demi-gods 3) humans 4) animals 5) hungry ghosts and wandering spirits (hell).  Hell is a realm of extreme suffering, so possessing  'material' stuff like money, clothes, houses, cars and handphones are totally irrelevant and useless. Hell beings are in extreme pain and always hungry, and unable to eat, so what good would the material stuff had on them? And how do we know that the burnt paper offerings can actually turn into solid items/assets in the hell realm?

The act of burning expensive paper items not only wastes paper, money and energy, it also pollutes the environment, and us the co-habitants. Instead of burning, I would think it makes more sense to perform charitable acts on behalf of the deceased and to offer prayers for them in order to help them create merits for better rebirths. Also, by doing these on behalf of your ancestors, you also create merits for yourself.


And for all we know, my grandmother has already taken rebirth somewhere else.
yours truly, STUMPBO @ 1:43 am

Email ThisBlogThis!Share to TwitterShare to FacebookShare to Pinterest
Categories Religion