My dream on relics

Wow I am so happy with the dream I had last night. Usually the dreams at dawn are the most vivid and maybe because it is closer to morning and waking time, I can remember them better than those dreams at night.  This morning, I woke up and sat on my bed to recite my daily prayers. After the prayers, however, I fell asleep again as I slept quite late last night. I had a dream. 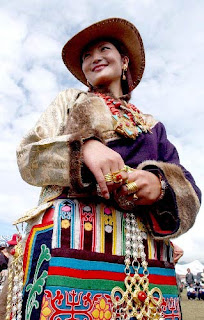 I cannot remember the first part of the dream, only the second part. I was in a very big house, which seemed to be my house, because everyone was coming to me to ask something. The place was sparsely furnished. There were a few big rooms, and every room seemed preoccupied with some activity. I was in one big room which I could not figure was a bedroom or living room, as there was a big bed and a set of sofa seat as well as some cupboards in the room. My sis came into the room and we were talking about something related to my Grandma (I cannot recall what it is now).

Then, a Dharma friend, A, suddenly appeared out of nowhere, wearing the traditional Tibetan lady costume (something like in this photo but minus all the elaborate accessories).  She was so ravishing and resplendent in that costume. She was whispering to me, telling me about something, which again I could not recall what. This is the 4th or 5th time I dreamt of her since last year. I don't know why I always dream of this Dharma friend.

Then after she left, I was inside my room sitting on the huge bed which was in orange-maroon bedsheets and blanket. Then just as suddenly, I noticed tiny white round pill-like seeds on the bed. I looked closer, and I knew it was relics! They kept appearing out of nowhere, tiny round shiny white-ivory relics, almost translucent, of varying sizes, kept manifesting on the bed, one by one. When I lifted the blanket, I saw more relics. 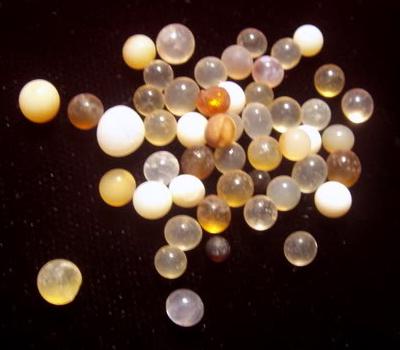 I was so excited in the dream as I gasped in astonishment and delight at the same time. Just then, Jamie appeared and was inside my room. Jamie was another Dharma friend from Gaden Shartse Dro-Phen Ling. I quickly showed her the white-ivory relics on the bed and she was smiling so brightly, full of happiness. As I picked up a few of the relics onto my palm, right before my eyes, they kept multiplying, like magic. Some relics that multiplied were round, some were shell-like. They were tiny. Jamie was laughing excitedly and delightfully, as we were both amazed at the miracle.

This is not the first time I have dreamed of relics. In April 2006,  I also had a similar dream in which relics kept multiplying on my palm. I was elated. Earlier a month before ,on March 2006, I was so fortunate and blessed to have been given a relic by Paltrul Rinpoche. During his 4 days of Amitabha Buddha puja, he emanated many many relics out of thin air. It was really amazing. One moment we were chanting prayers, the next moment many little relics appeared on the altar, on Rinpoche's throne seat as well as all around the floor where he prostrated. He is the authentic incarnation of Paltrul Rinpoche who was the author of the famed "Words of My Perfect Teacher" and also a manifestation of Shantideva. I witnessed and blogged about the miracle here. 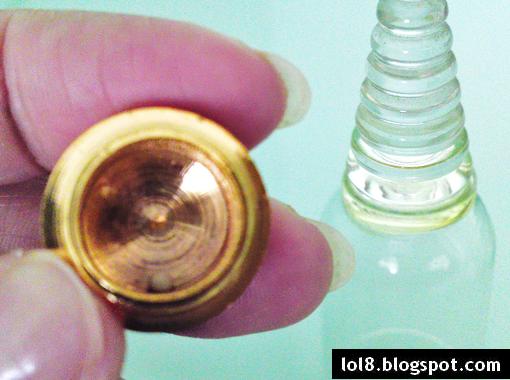 Above photo was the relic given by Paltrul Rinpoche. I wonder if this time, dreaming of relics, was due to Lati Rinpoche's recent passing into Nirvana. He manifested many amazing relics after his cremation.
According to Lama Zopa Rinpoche, "Relics are Buddha's actions, benefiting sentient beings through the relics. By seeing the relics and showing devotion, one receives blessings. From the blessings, one receives realizations on the path to enlightenment. This is how the relics bring you to enlightenment. This is the reason why relics are considered very holy and precious. Relics are manifested and left behind due to the kindness of holy beings in order for us sentient beings to collect merit and purify obscurations".