Many of us love Japanese food. The Japanese cuisine offers such a large variety of dishes, be it sashimi, okonomiyaki, teppanyaki, yakimono, agemono, donburi, menrui, shabu shabu,and even appetizers and desserts etc.. 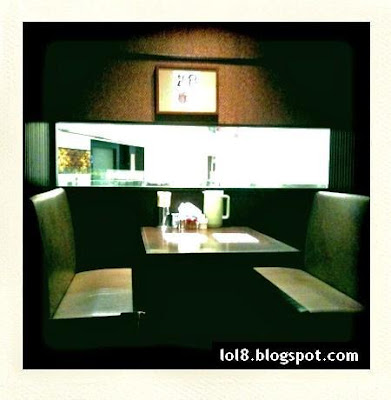 Whenever I visit a well known Japanese restaurant, it is a plus if it is not too crowded at an off peak timing. I prefer to dine in quiet than be in the midst of noisy crowds. This was at Marutama Restaurant where I met a client. 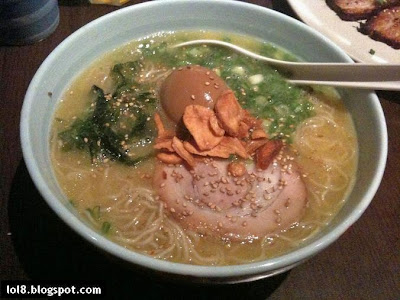 One of my favourites is Ramen. I like a good bowl of QQ noodles with an amazing hot thick broth. It is like our fascination with the old trusted instant noodles, but with a more sophisticated way of cooking the broth and more ingredients. Ramen soup is generally made from stock based on chicken or pork, which has been boiled for many hours or even 1-2 days. 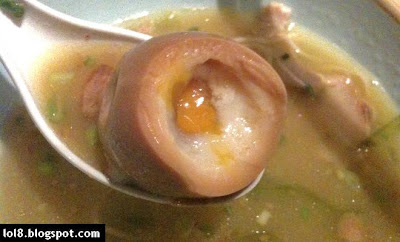 I love hard boiled eggs in my ramen, especially when done properly, where it is hard on the outside and the yolk has just set, which means it is still moist inside. 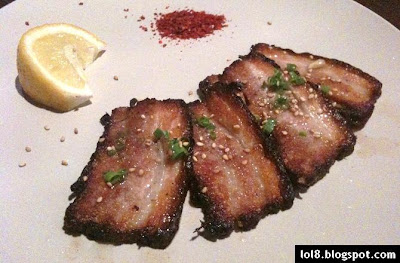 One side dish the Marutama staff recommended me was the Grilled  Chashu, which turned out to be excellent (with a hint of 'burnt' taste), much better than the Chashu that came with the ramen. 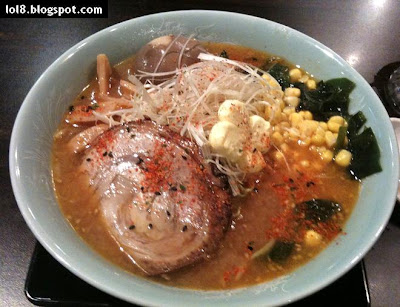 Another Jap restaurant specialising in ramen has got to be Tampopo. This was the Shoyu Ramen with lots of ingredients, Chashu, seaweed, corn, menma (bamboo shoot), butter, egg. I didn't know that they added beansprouts !  If there is one thing I hate, is beansprouts in soup, any kind of soup. To me, beansprouts (or tau geh in Hokkien) spoil everything in soup because of its strong taste. Hence I did not finish the bowl of ramen. Should I have known, I would have instructed them not to add the beansprouts. 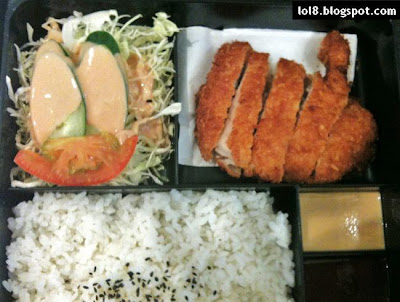 Most of the time, I would catch quick lunches with clients or friends during the weekdays. So usually we would pick an aircon place to dine, even if it is not in a restaurant. This was   in the basement of Liang Court, inside the Japanese Mediya Supermarket. There are different stations of Jap food selling Udon, Ramen, Curry Rice, Sushi etc.. and their prices were value for money yet maintaining the quality of food. I ordered the special set lunch - Rousu Katsu Bento & Mini Curry Kishimen set - which came in a katsu bento and a bowl of curry noodles (below). Besides the teriyaki sauce, they also came with the wasabi sauce which was so appetising and it went well with the pork katsu. 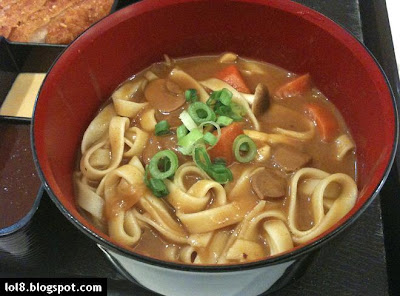 The Curry Kishimen was a small bowl of curry flat noodles as I was craving for Jap curry. It was not the QQ type, rather it was soft and slurplicious  and it went well with the curry. Ingredients used were simple - carrots, and 2 types of mushrooms. 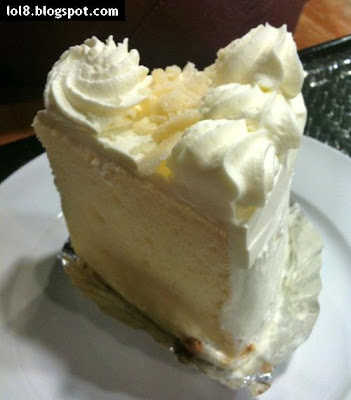 After lunch, we got to try the Chiffon Cheese Cake from Tampopo  Deli which was at the basement, near the Mediya Supermarket. It was heavenly, the fluffy cake, baked faintly with cheese (I do not like too much of strong cheese flavour unless it is the American cheesecake), and the fresh cream was not that sweet. A perfect combination, the perfect cake for tea. They have got others like the Matcha Chiffon Cake and Coffee Chiffon Cake too as well as their popular Cream Puffs. 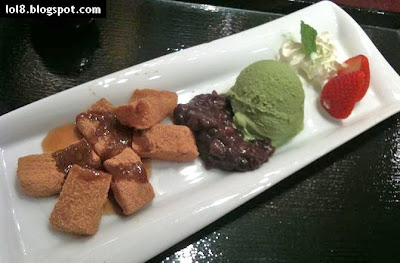 Yet another time, I was at Azabu Sabo with a friend. We just had dessert. This Japanese dessert - Warabi Mochi Ala Mode - was the right combination of what I like - green tea ice cream with red bean paste, the sticky sweet chewy mochi, and the sourish appetizing strawberries with fresh cream. 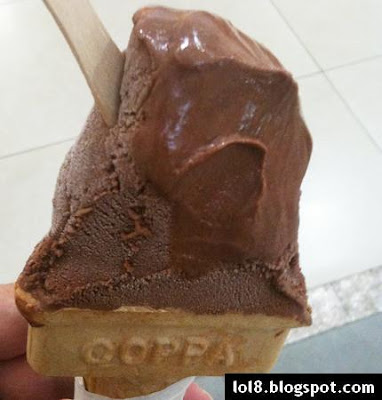 On and off, when I passed by some Japanese fair, I would be excitedly looking at the food stuff or snacks which are on offer. Even if I do not buy, I would still spend some time gawking at the oishiiii intricate food and their packaging. I chanced upon Haato gelato this time. Although I love their best Matcha Gelato as well as the Black Sesame Gelato, however, that day I was craving for some chocolate. I chose Royal Chocolate flavour instead. I just love plain and simple yet creamy chocolate. Created from traditional recipes from Japan, Haato is one of the first gelato counters in Singapore to offer gelato that is free from artificial colouring and preservatives.
Oi-shiiiiii~~!!!
yours truly, STUMPBO @ 10:40 pm