When a gift causes more harm... 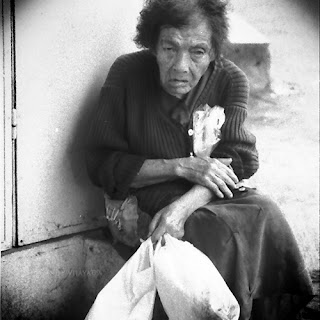 Chit-chatted with a friend yesterday. We were talking about people we know (or those around us) who are experiencing some difficulties, ie. those who are seriously sick/dying, and those who are possessed or mentally disturbed. We also observed there are some who totally do not know they are suffering from something, because from the way they behave or speak, it is quite obvious they are not normal. However, otherwise, most of the time, these people look perfectly healthy and normal. We are saddened by the plight of these people who are suffering and who do not know how to seek help.

The conversation reminded me of an incident a long time ago.

Many years ago, I got to know a holy being, someone who has the power to  feel the energy and state of each individual. She is also somewhat a psychic, who can feel and give advice even without seeing the person face to face. She can feel one's energy (good or bad) just by talking on the phone, without even seeing the person.  On one occasion, she told me (even without me asking anything), that I am carrying with me or inside my house, there is something small like a tiny statue or pendant which is a little shiny/glossy. She said that that something has negative energy which was going to affect me or cause me harm. She asked me to get rid of it as soon as possible. I was a little stunned because... firstly, I was not in any serious trouble, secondly, I did not ask her, and thirdly, I did not even know what the thing she was referring to was.

Being freaked out a little, I began to crack my head, to recall what was that 'small thing" and searched my house.  I was very sure it was not something I was carrying with me in my bag because the stuff I have with me was mostly given to me personally and blessed by my gurus.

Then I found something in one of my drawers in my bedroom, which I suspected might be the one. It was a small statue of a female, with shiny specks on her. I asked this holy being  if that was the one and she said yes! 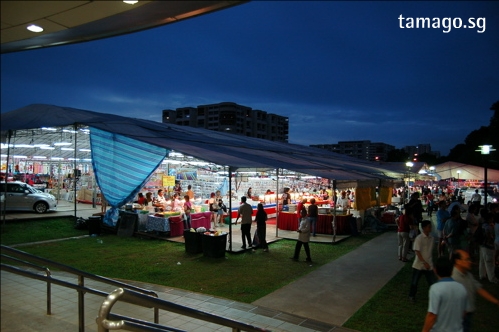 Then I recalled a while ago, during the CNY period, I was passing by a pasar malam with a huge tentage in Chinatown. There was a man and his team selling medicated lotion, and they claimed it was so powerful in curing some ailments. The man claimed his master was a Thai monk and the special lotion was from his master's temple in Thailand. I was not interested in the lotion of course, but they were appealing for donation to the temple. One man approached me to appeal to me to donate or sponsor a monk's robes. I taught it was a meritorious act to offer the robes, and since it was the CNY, so I just donated money without buying the lotion. After that, the man gave me this statue which he claimed was blessed by his master as a gift of appreciation for my kind act. As it was a female statue, and not a Buddha statue, and I did not know what that statue was, I did not carry it with me, and I kept it aside at home. I did not think much of it until this holy being told me. Afterwards, I brought the statue to a popular temple, and requested them to get rid of it properly for me. This type of  'holy' thing should not be just simply thrown away or disposed of, otherwise the consequences might be worse. Some 'unclean' items possess negative energy which can harm the owner unknowingly.

A lesson learnt. That is why nowadays, I only make donations to any religious persons or organisations whom I know personally. I trust only authentic sources after my own checking and verification. For example, the buddhist centres I frequent and the monasteries they are affiliated to, ie. worldwide FPMT centres, Amitabha Buddhist Centre and Gaden Shartse Dro-Phen Ling. These Buddhist centres are where all my gurus hail from, whom I know are authentic and qualified high lamas. Of course one can donate to other religious organisations whom one frequents and trusts, but do ensure you do not bring home any 'souvenirs' from unverified sources.

Also, while we must respect all images of the Buddhas and Dharma text, I feel we have to be careful before  accepting any 'gifts' which are supposedly "blessed or consecrated" from just anyone or even friends. This applies to any other religions one belongs to.  To me, even if I know the exact source of the sacred items, I would only accept and keep those which I received directly and personally from my gurus/buddhist centres, and not through a third-party. So if any friends wish to give me a "blessed or consecrated" gift, I would decline politely. Once bitten, twice shy. This is an experience which I like to share with my readers. Do be careful and make sure you know the source of such gifts before sponsoring or accepting them.
yours truly, STUMPBO @ 12:12 am