Who are you messing around with? Practicing patience

Sometimes I 'marvel' at the opportunities that allow me to practice patience everyday. Since last Friday and the entire weekend, I was busy attending important sacred teachings for about 6-9 hours each day. As I was unable to talk on the handphone, I had many missed calls and messages. 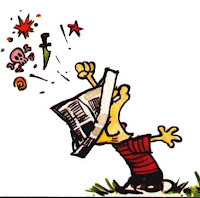 One of the callers was an acquaintance whom I got to know 4-5 months ago and whom I have met only a few times. I got to know her from a meditation class. She is in her 20s. From my few encounters with her, I found her to be a little quirky and peculiar.  She is very new to meditation and Tibetan Buddhism. Because she was keen to know more, I tried to explain to her on surface what she could grasp and what she needed to know.  From my first conversation with her, I concluded she was having some minor problems. Like young adults in their prime time, she was very curious and was searching for the purpose of life, and how to solve some of life's profound problems. As a bystander, I know her problems were actually not that serious  (mostly peer pressure) but could not convince her otherwise. On one occasion, after attending a prayer session, she talked to me for 2-3 hours till midnight. I found myself reluctantly on a 'counselling mode'. We were not even talking about religion.
Why do I say she is quirky and peculiar? For a young person, I find her mind to be very far away all the time, as if in deep thoughts, so much so that I suspected that she was not paying attention to what I said half the time. Very absent-minded. I always had to repeat something 2, 3 times. Although she claimed to be a Buddhist, she asked me what Buddha statue was that when we were at the buddhist centre. I said it was Buddha Shakyamuni.  She repeated "Sa---- kya---- mu-----ni ?", I said yes. The following week, she asked me the same question again. I could not explain to her more stuff because for each term like "prayer", "purification", she gave me a blank look. I reminded myself not to confuse her (even though I was not even explaining anything profound!). My advice to her was to take it slowly by observing and to try to understand the root of her problem. Her mind seemed to be very very far away.

I do not know why, thereafter every time I know I was going to meet her, I would tend to become impatient and edgy. She wanted me to meet her as she did not know the directions, but she would either keep changing the time, or keep asking me where to meet, or she did not turn up in the end. Worse, she always do not answer phone calls or reply sms. She asked for some info and  asked me to email to her which I did. After a few weeks, she would ask me the same question again, and when I said I had already sent her, she said she did not receive and that I might have sent to the wrong email address (which I got from her sms!).... and the cycle starts all over again.  My patience was waning. I did not re-send since she was not serious about wanting the information for 2 months.
She owed me a little money for something for about 3 months which I had given up hope of getting back, even though I met her a few times in between. When she finally remembered and transferred money to me, it was more than a month after. Then she sent me Christmas sms something like "May the good Lord bless you... etc... God bless...... etc..".  OH GOD. It might be a generic sms greeting, but I have a thing about people being insensitive to others in this aspect (and I thought she is a Buddhist?!). This is another story for another time.
The past weekend while I was in the long sessions, she kept calling me (which I could not answer), and sent me random smses, which was unusual because she rarely answers phone calls herself. She asked if I was keen to go somewhere that day, I texted her that I was busy, and could not reply. Then she texted if I had received the money she owed, and when I replied "yes, thanks", again she continued texting, asking if I wanted to meet for tea (I thought I had just told her I was not free?!). She continued, asking about the upcoming Dharma programmes, and when I texted her to refer to the websites, no reply!  She then sms AGAIN, wanting to meet up during CNY, and  AGAIN asked me for my email address. She wanted to email me some links on some interesting stuff etc... I did not reply thereafter.
yours truly, STUMPBO @ 2:55 pm