What my tummy discovered

Haha, don't know what title to give for this post instead of "Food Food Food"... so some random recent food pixs .... 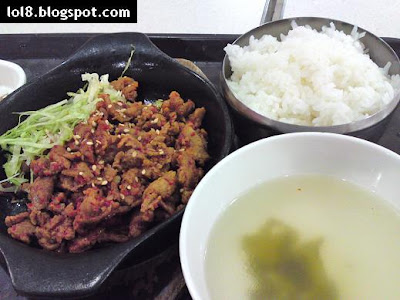 I found that it is quite safe to order Korean BBQ Pork anywhere, as the marinated meat ensures a more-than-palatable meal. This is what I would order if I run out of ideas what to eat. This set meal was from Singpost foodcourt, meat looked a little dry but tasted ok. 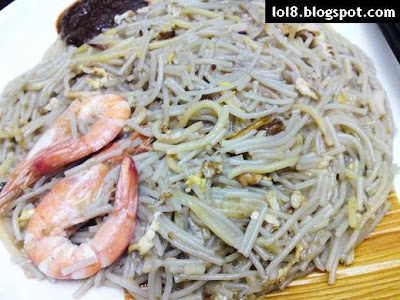 So many hawker stalls serve different variations of Hokkien Prawn Noodles although the ingredients are the same - yellow noodles, big bee hoon, prawns, egg. The ones from the Republic Foodcourt in Suntec and Vivocity (better than Suntec's) are not bad. The stall in Kallang Leisurepark foodcourt selling this is very good. 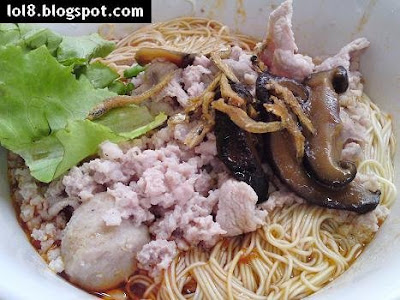 I discovered a coffeeshop in Waterloo Street which sells Dry Specialty Minced Pork Mee Sua. Basically it is Bak Chor Mee using Mee Sua. It is quite nice and unusual. I should have tried the soup version too as I always associate Mee Sua with/in soup. They added vinegar and chilli padi into the noodles which gave that extra kick. 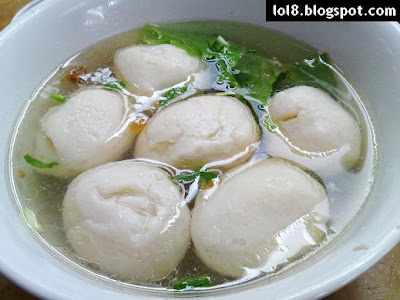 Coming from the same stall as the Dry Mee Sua, are these gigantic fishballs the size of an egg! It is possibly the largest fishball I have ever eaten and it was no regret. The fishballs were very crunchy and juicy. Must try. 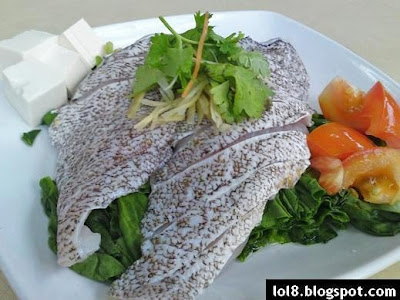 On and off, when there are at least 3 people eating together, we sometimes go for fish head steamboat. Usually they would serve the raw fish slices like this, with lots of veggies and tofu in a platter. I like the ones in
- a stall in Whampoa Market
- in a coffeeshop near Kovan's NTUC
- a shop in Geylang Lor 25 next to Aljunied MRT 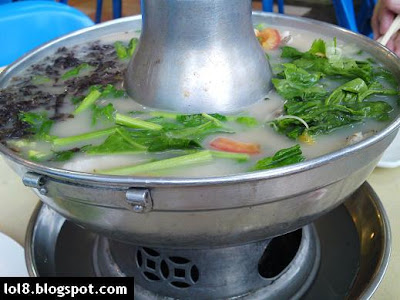 The fish head and soup base would be in this steamboat. If they use charcoal inside, it would taste even better. They add fish head, pieces of yam, tomato slices, seaweed. Then we would throw everything from the platter into the steamboat. And eat from this hotpot with white rice. For a steamboat to be good, the soup base is very very important. 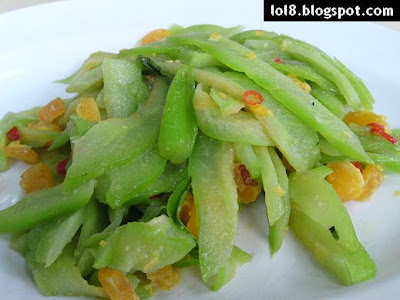 I discovered this dish and found it quite nice - Bittergourd with salted duck egg yolk. The bittergourd was cut into slices, and I think they steamed it a little before stir frying it with chopped salted yolk. It was quite nice and unique taste. It's like stir fry kangkong with fermented tofu. 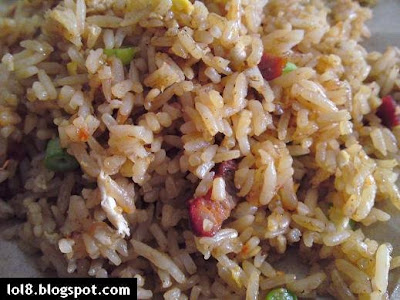 Finding good fried rice is an art. It is hard to find good fried rice, as it is the simplest to cook yet to cook it right with the "char" taste requires more than skill. This fried rice from my neighbourhood used to be very fantastic. Recently, not so nice anymore. Maybe change of chef. :( 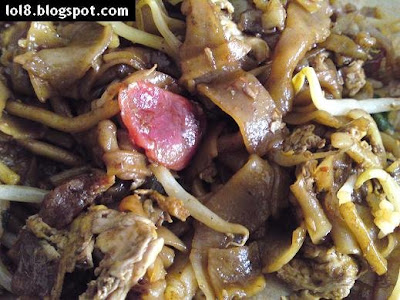 This was the most horrid Char Kway Teow I ever had. It was tasteless, oily, not sweet enough, not salty enough, and totally awful. I won't say where this was from because the one selling this was a very thin old man whom I pity. Don't want to ruin his business. 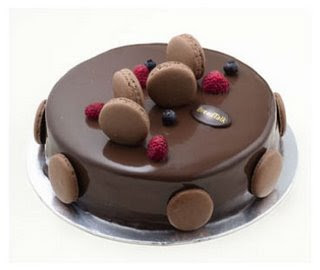 Recently my birthday cake was from Breadtalk -the Boston Chocolate Cake with macarons. If you are looking for a chocolate cake that is not too sweet, this is it!