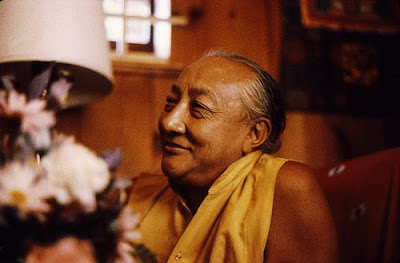 Avoid Negative Action
"Confess every action you commit, even in a dream. Do not be confused how to act in everyday situations. Try to keep your actions in accordance with the instructions given by your teachers. Once confessed, a negative action is relatively easy to purify."

Embrace Teachings
"Immerse yourself in the meaning of the teachings, day after day, month after month, and the spiritual qualities of a Bodhisattva will develop without difficulty, like honey collecting in the hive as the bees go from flower to flower, gathering nectar."

Guru Devotion
"Devotion is the essence of the path, and if we have in mind nothing but the guru and feel nothing but fervent devotion, whatever occurs is perceived as his blessing.  If we simply practice with this constantly present devotion, this is prayer itself. When all thoughts are imbued with devotion to the guru, there is a natural confidence that this will take care of whatever may happen. All forms are the guru, all sounds are prayer, and all gross and subtle thoughts arise as devotion. Everything is spontaneously liberated in the absolute nature, like knots untied in the sky."

Enlightenment Does Not Happen Overnight

"It is now, when we have the freedom to choose between what we should do and what we should not, that we must consider the law of karma. It is a serious mistake to think that we can do whatever we want, good or bad, and that practicing a little Dharma on the side we will be taken to enlightenment as though by airplane."
Practice Now
"Do not allow the weight of ordinary preoccupations to divert you from the pursuit of Dharma. If the thought of practicing occurs to you one day, start that very day. If it comes one night, start that very night. Whatever the place and the time, do it there and then."
Death Next Door
"Even in times of peace, a nation foresees the eventuality of war, and remains ready to respond. In the same way, stay on the alert, and prepare yourself for death by practicing the Dharma. Like an eternal harvest, it will keep you supplied with provisions for the life to come and will be the very basis of your future happiness." 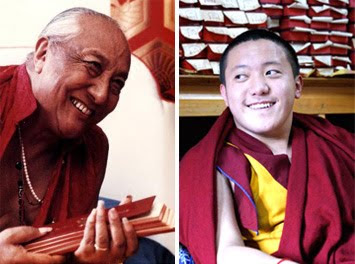 His Holiness Dilgo Khyentse Rinpoche passed over into Nirvana in 1991 and his reincarnation was born on 30 June 1993. He is named Dilgo Khyentse Yangsi Rinpoche.
yours truly, STUMPBO @ 4:50 am