The Healing Lama Is Coming & Testimonies 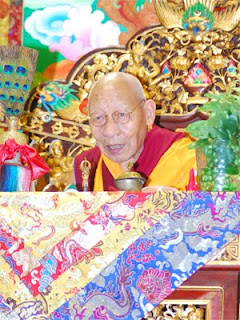 I can't contain my excitement with the highly anticipated visit from the popular Healing Lama!  He is finally coming!
His Eminence, the 90-year-old Kangyur Rinpoche hails from Gaden Shartse Monastery. Rinpoche is a highly-qualified Master who possesses special prowess in healing. In Dharamsala where Rinpoche resides, he tends to no less than 50 patient appointments every single day. Rinpoche is especially experienced in removing black magic spells, and very skilled in healing cancer and stroke patients. Devotees call Rinpoche the Healing Lama, and he is widely known for his miraculous healing abilities and compassionate loving kindness to all alike.
Rinpoche visited Dro-Phen Ling and Singapore in Feb 2007 and Apr 2008 and was highly sought after.  Many patients who suffered from various forms of diseases came forth to seek his healing and blessings. There were many who suffered from cancer, stroke, black magic, and also many of which condition doctors were unable to diagnose.
Below are some excerpts of living testimonies for Rinpoche's healing prowess: 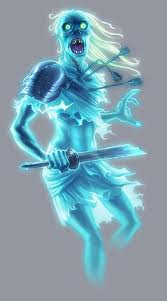 There was a devotee who brought his sister-in-law to the center for consultation. She was found to have been possessed by a fierce hungry ghost. This ghost had caused her much physical pain for a long time; she was walking with  extreme difficulty, and is also suffering  from many ailments such as high blood pressure and high cholesterol. Even her family members commented that she looked very pale all the time, like a corpse.
As hers was a serious urgent case, Kangyur Rinpoche did a divination for her in India. He said this hungry ghost was fearless which could cause the lady to be in a life-threatening situation. He immediately advised that different specific pujas be conducted for her for 3 consecutive days, each day about 2-3 pujas. During the pujas, this lady behaved weirdly, walking around the room instead of sitting down, and she would smile to herself, or talk to herself, or she would be making praying gestures to the Buddhas. She was not a devotee. In fact she is a Catholic.
Due to each individual's karma, people who undergo pujas may experience different reactions / results after the pujas. As for this lady, immediately after the pujas were completed, 3 days later, she  suffered a stroke, unable to move and she was incoherent in speech. She was admitted to hospital for treatment. However within  4-5 hours, while in the midst of the doctor's diagnosis, she suddenly could talk clearly  than before she was in her normal state, and her impaired movements were no longer. Although the doctor confirmed she had suffered a stroke, it was surprising she could speak clearly and said that she felt no pain and  she could move her limbs, as normal. No harm was done to her body. She was discharged the next day. This was evidence of a major obstacle being removed and the hungry ghost who was possessing her had left her body. Through the offerings and prayers conducted during the pujas, and through the healing power of the Buddhas, coupled with strong faith in the Dharma, the hungry ghost spirit was requested to leave peacefully.
Serious Case of Insomnia

“I haven’t been able to sleep for years. Doctors give me sleeping pills that do not work and they tell me that I am thinking too much, but it's not true, I just cannot sleep. I attended the pujas on the first day of the 3-day event at Suntec, and that very night, I slept so soundly! It was a really good peaceful sleep without any dreams or disturbances. So of course I went for the 2nd and 3rd day of the grand puja too. And I called my friends to come to attend. Because the pujas are really effective and very good.”  ~ Mr Wong SL
Suffering From Long Term Physical Pain & Black Magic
"I am so convinced that Rinpoche is really great. The first time when I consulted Rinpoche at the center, He did a divination for my illness, and told me, “You once dreamt about something entering your ear”. I was really surprised because indeed, I had this dream a long time before. Rinpoche told me I had been a victim of black magic via the dream, and this person had also taken my clothes to do black magic, and I also ate food from this person.

It became very clear to me when Rinpoche said all these, it was all too accurate. I previously worked in Indonesia, and I knew the person whom Rinpoche described was my ex-Boss. It was also when I left Indonesia to return here that my health started deteriorating and it hasn’t been good since.

Rinpoche advised me to do a few pujas, he also gave me some blessings. The next day when I woke up, my ear felt a little itch so I put in my finger to scratch… and a small & round black thing (which is the same thing that entered my ear in the dream) came out! It was so amazing! Since that black thing came out, I feel much better & more energetic.
I feel deeply appreciative & grateful to Rinpoche. From the first time I met Rinpoche until now, His great compassion has deeply moved me, and although there wasn’t any formal ceremony or anything, in my heart I have long regarded Rinpoche as my Guru. ~ Mr Chua Zhi Ming 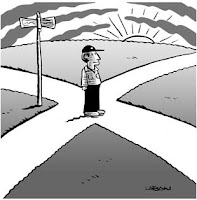 “It was quite a bad time for me because I feel like I don’t know what's going on with me, I feel like my body is here but my soul is wandering somewhere. I seem to have this constant fear inside me which I cannot explain, and it gets so bad sometimes that I can’t even cross the road. I just go numb and cannot move.
When I saw Rinpoche, I felt very heavy and I couldn’t control myself and I just cried… then Rinpoche spoke to me, gave me blessings and slowly I could feel this huge sense of relief. I was very happy because finally I could feel peace in my heart. Rinpoche did a divination for me and advised for me to do a Reclaiming-Soul Puja, and he also gave me a blessed red string to wear. Now I wear this string with me everywhere I go, the blessing is very good, I feel calm and peaceful wearing it and I really feel much better than before. In the past because of the fear I feel inside I’m unable to go out alone, but now I can.
I’m not a Buddhist, I’m a Catholic. But I would call it fate that I had the chance to meet up with a few Rinpoches over all these years, and I would make some offerings to them or help out in whatever ways that I can. I feel very happy helping out, it doesn’t matter which religion you are from, as long as its within my means then I would be most happy to contribute my part. All the Rinpoches are like that too, they don’t ask whether you are a Buddhist, they just help you.”  ~ Angela Yeo

The Miracle Healing from Immobility to Recovery
“About 2 months back, I was in China and suffered from a stroke there. I received 3 weeks of treatment in China, and then came back and got admitted to NUH for about 3 weeks. Then, the whole of my left body could not move, my legs and arms had no strength to walk or move at all. But I was very lucky because Rinpoche was in Singapore and I went to the centre to see Him.

Rinpoche’s blessing was amazing, he blew blessings onto my arms twice, I didn’t tell but I guess maybe he knew that my arms had a big problem. My doctors and therapists told me that arms always recover much slower than legs in stroke cases, they didn’t have much hope for my case and said my arm could be permanently disabled already. 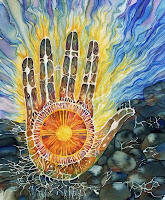 Anyway while Rinpoche gave me blessings and blew on my hand, there was this incredible force of energy that flowed through my arm and caused it to move and tremble on its own. It was as if the energy was unblocking the channels in my arm. My sister beside me thought I was shivering but I wasn’t! After the blessing, about a few days later my arms started to react and my fingers could start moving, it was really a miracle. Usually doctors say shoulders start to move first and then finally down to the fingers, but in my case it was so rare & special. For 1 month plus since my stroke, my legs didn’t even have strength to lift itself up, not to mention move - but after 2-3 days from Rinpoche’s blessings I could actually move them, I was really surprised! Now my arms are working well, and I can also walk with the help of the crutches, but without them I can walk slowly still. It is really a miracle that I am now recovering so quickly due to Rinpoche’s blessings, it is so special. ” ~ Lim Hui Chin 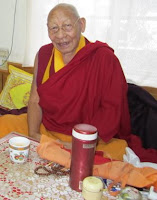 Should you be suffering from any illnesses which doctors cannot diagnose; black magic harm or diseases such as stroke, paralysis, or cancer; then this is a treasured opportunity to seek Rinpoche’s blessings and guidance. It doesn't matter if you are not a Buddhist or have other religious beliefs. You need not convert to Buddhism in order to seek a cure. All Buddhist masters are compassionate to help all beings regardless of your religion. If you know of someone suffering from a serious unexplained condition, and who require special blessings or advice for the above-mentioned problems, please call DPL at 6344-9521 to make an appointment for an audience with Rinpoche.
For more updates, do join DPL FB Page. The below are details of the public Grand Healing Pujas conducted by Rinpoche and 18 monks:
Date: 1 Oct - 3 Oct 2010
Time: 10:00am to 9:30pm daily
Venue: Suntec Convention Centre
yours truly, STUMPBO @ 11:55 am