The things we do during the lunar 7th month 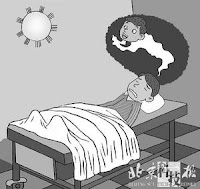 Have you ever been pressed by ghosts / spirits in your sleep?
Many years ago, before I became a Tibetan Buddhist, occasionally I would experience being pressed by something when in bed, especially so during the lunar 7th month of Hungry Ghosts. Although I was not afraid, but the something was pressing on and paralysing my body so that I could not move. My room seemed misty in the dark. I saw the light coming from the ON/OFF switch of my hi-fi, was somehow moving dancing around. I thought I was dreaming. But I was awake and trying to get up but I could not. I would chant some Buddhist mantras and continued struggling to "free" myself. After a while, I was able to move again. This happened 2-3 times during the 7th month. I was not afraid of ghosts (if they were the ones disturbing me), I just did not want them bothering me. Thus I am glad nowadays I do not encounter such problems anymore. I feel strongly this is due to regular pujas, prayers, and I have blessed stuff to protect me. Most importantly, the Buddha's presence.


If you or somebody you know is having this problem, read how to solve this in my earlier post - Ever been pressed by ghosts? 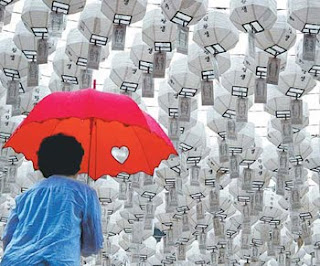 There are always a couple of things to be done during the chinese lunar 7th month, the month of the Hungry Ghosts. Buddhists celebrate the Ullambana Festival. The word Ullambana is a Sanskrit word meaning "deliverance from suffering". Holding ceremonies of charity so that the outcast and famished ghosts may leave suffering and cross over to salvation. Thus, the 15th day of the seventh moon has become an occasion for teaching the virtues of filial piety. 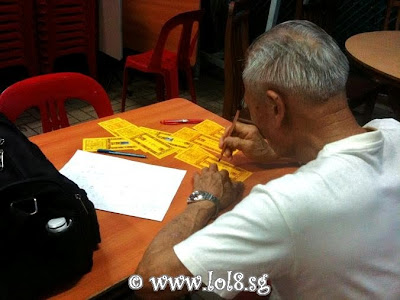 In our household, my parents do make it a point to have the names of our deceased ancestors submitted to various temples, so that the monks and us could pray on behalf of our ancestors, and to dedicate the good merits of the puja to our ancestors so that they  can have a good rebirth, wherever their consciousness is at the moment. We wrote the names of my late great grandparents, my grandfathers and paternal grandmother on little 'tablets' with their photos. 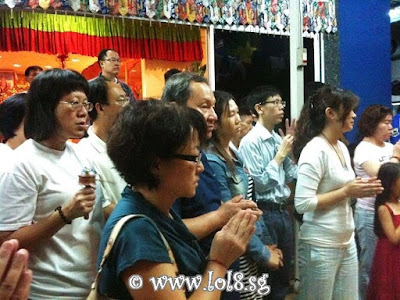 In Dro-Phen Ling, this special prayer session is called Jang Wang (Chao Du 超度法会) which is a skilful Tantric practice which is conducted when someone has passed away. This purification practice employs the power of mantra, Buddha’s Holy speech; as well as the power of meditation stabilization of the monks. 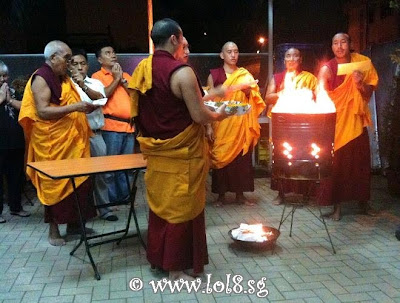 Towards the end of the ceremony, the deceased tablets were burnt immediately by the lamas. Even when the deceased is in the intermediate state transcending to lower realms of rebirth, this puja can help to change the direction of his reincarnation. The Jang Wang Puja purifies the negative actions of those who have passed away, and transfers their consciousness to a better rebirth, or even Buddha’s Pureland. 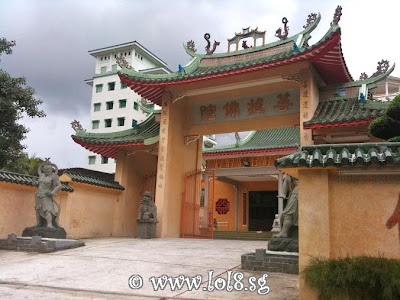 On another occasion, during this month, it was also the death anniversary of my late maternal grandfather, Gong Gong. This year we made a special visit  to the temple where his ashes and tablet were placed. This is the Pu Ti Buddhist Temple somewhere in Hougang/Punggol. I have not been to this temple for many years. It used to be surrounded by swamps. Now it is surrounded by HDB flats.  It was a nostalgic feeling. I like this temple because it is quiet and clean, and they do not allow burning of incense paper. My devout late great grandmother used to come here for prayers every weekend. Coincidentally, from seeing her tablet that day in this temple, I realised her refuge Buddhist name was 宏如 Hong Ru. 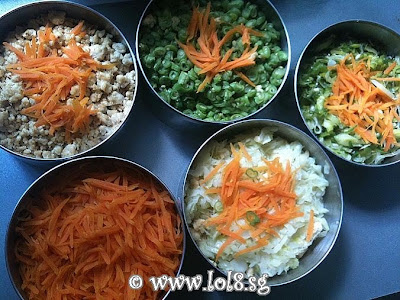 These vegetarian dishes were prepared by my mom for the prayers. They were actually ingredients which we were to use later for wrapping Hokkien Popiah, by mixing everything together. Mom also bought Gong Gong's favourite fruit, plums. 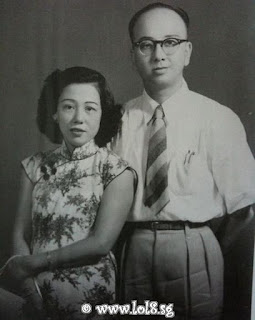 I don't think my readers would want to see photos of all the tablets of the deceased in the temple or the ash urns they were placed in. So this is a photo of my grandparents in their younger days. My Gong Gong passed away when he was only 50 years old. I was only 2 years old then. 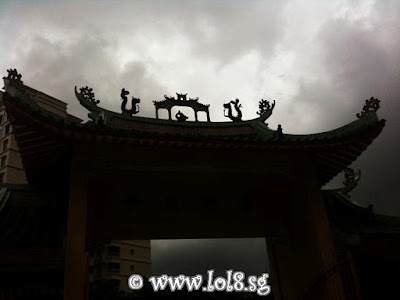 Immediately after our prayers, when we were about to leave the temple, dark clouds gathered and it looked like it was going to rain real heavily. It was bright and sunny and hot earlier on.  We took shelter in a nearby shopping mall for lunch as it drizzled. Surprisingly, it stopped after our lunch and when we supposed to go home. From  my experience, this is good news, the short and light rain signified showers of blessings after the prayers. 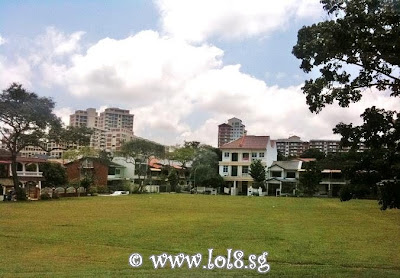 As we headed home, we also passed by this plot of land in the midst of many private houses. My Gong Gong used to own this piece of land before it made way for modern development. His huge house was where my sis and I spent our school holidays. In the older days, many would know this area as 6th & A Half Mile, where the Teochew community used to occupy.
yours truly, STUMPBO @ 1:05 pm