The Healing Lama has arrived!

The highly revered Great Healing Lama, His Eminence Kangyur Rinpoche, has finally arrived! We  welcome Rinpoche to Singapore!  Some of the below photos are courtesy of Gaden Shartse Dro-Phen Ling. Weirdly, 95% of the photos I took of Rinpoche are all blurred, I only have one or two photos which are clear. 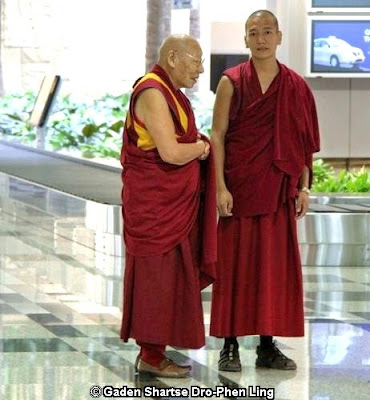 First glimpse of the Holy Being inside the arrival hall at the airport, with his personal attendant, Penpa-la. Rinpoche is already 90 years old and he still looks very healthy and strong. 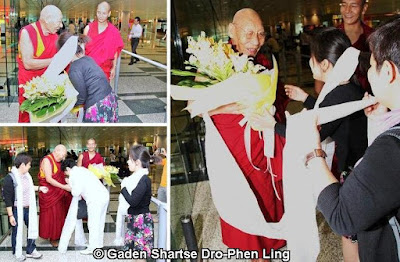 Welcoming Rinpoche when he stepped out of the arrival hall, with white and yellow flower offering (signifying longevity). Tashi delek, Rinpoche! 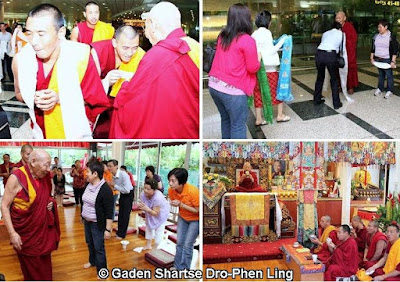 The Sangha and everyone offered khata to Rinpoche right there at the airport. 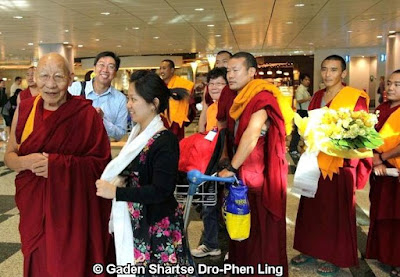 A very pleased Rinpoche and his entourage of monks and devotees. 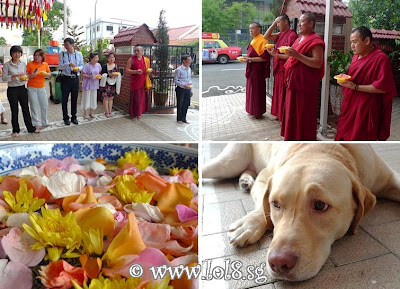 Back at the centre, everyone awaits the arrival of Rinpoche to Dro-Phen Ling, with incense, water and flower offerings.  Even the centre's labrador, Lhamo, awaits patiently. 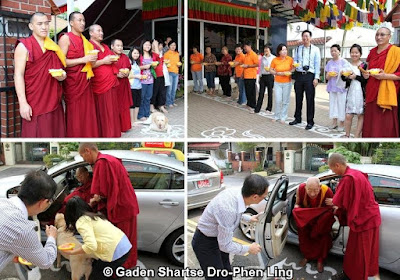 Finally Rinpoche arrived! The first to rush towards him was Lhamo. What a warm reception! 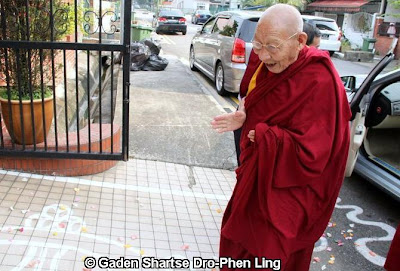 The weather was cool and skies clear when Rinpoche descended. 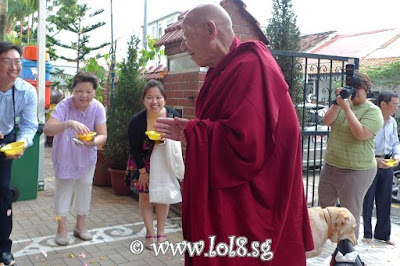 Everyone stood in line to welcome Rinpoche with excitement and bowed in respect. 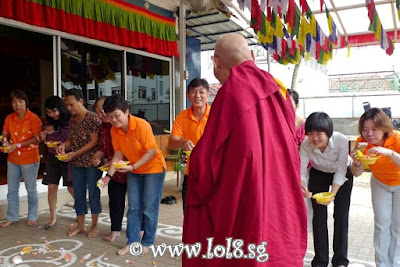 Flowers strewn on the ground he was to walk on. 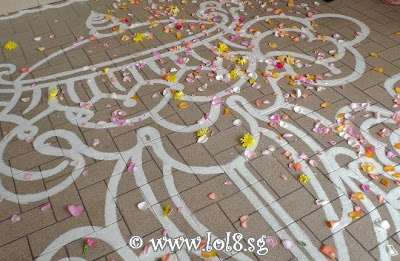 This is a customary welcome for an important high lama.  It is akin to welcoming The Buddha into one's house. 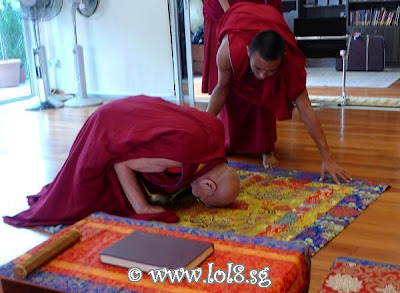 Rinpoche doing prostrations and paying respect to The Buddhas in the main gompa. 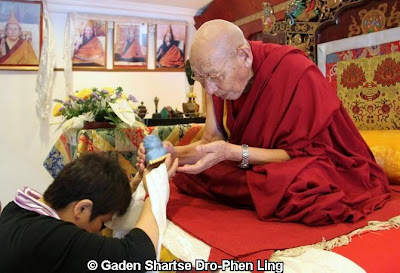 The President of DPL offered mandala offering to Rinpoche. 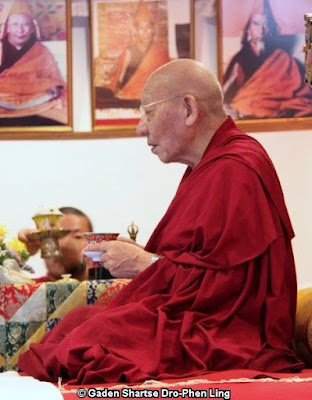 A short prayer followed. Since the passing into Nirvana of His Holiness Kyabje Lati Rinpoche in April this year, I have realised and learned that we must really appreciate and cherish one's own gurus and their teachings, especially when they are still alive. Proper guru devotion means seeing that your guru is equivalent to the Buddha. Shakyamuni Buddha said, proper guru devotion and correct devotion to your virtuous friends, allows one to actualize successfully all the realizations of the steps of the Path to Enlightenment, from the perfect human rebirth up to Buddhahood itself. 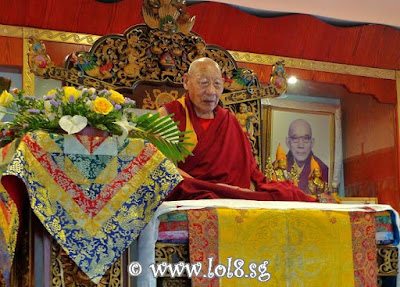 This is the only clearest and sharpest photo I took of Rinpoche out of the possibly 50-60 photos I snapped of Rinpoche! I wonder was it my camera or my photography skills, as usually it is not like this. I still could not believe it... hmm... 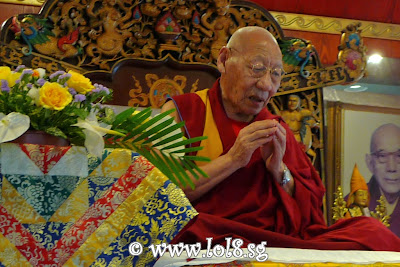 Rinpoche said he is very pleased to be in Singapore. He also said that if he can live to 100 years, he would try to come again and again. From his previous visit here in 2007, Rinpoche has healed many people suffering from serious ailments. 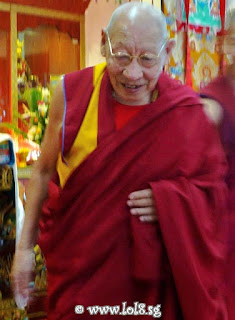 My favourite (although blur) photo of Rinpoche that day, when he was about to leave for a rest after the prayer ceremony. He was smiling.
For details of the grand healing events, please click here, or call Dro-Phen Ling 6344 9521 for more information.
yours truly, STUMPBO @ 5:41 pm