Are you a fussy foodie?

One of the days, after my meeting, it was almost past 2pm and was as hungry as a hippo! As I was in Millenia Walk, there was not many choices and I didn't want to walk over to Marina Square (too hot!). So called a friend who was working nearby to join me for late lunch. We decided on TCC after much deliberation. 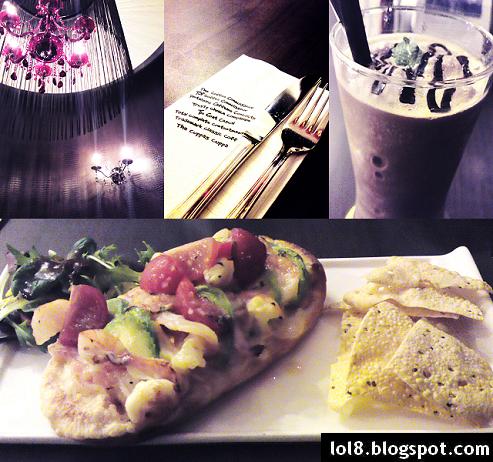 As lunch time was over, the place was quieter and we got a real nice cosy corner all by ourselves, a round table with red round sofa complete with dim lightings, black wall, mock chandelier and all. I ordered something called Tomcat or Tomcan something (forgot the name!) which was a new creation. It was a mix of prawns, avocado, tomatoes with melted cheese on toasted bread, complete with salad and chips (which was more like Indian-style pappadum). And I ordered the Mint Choc Frappe, it was really chocolate milk shake with a teeny weeny hint of mint taste. 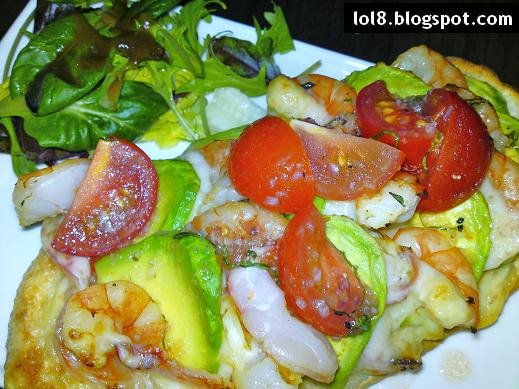 This is a close up of such a delightful meal. I had to use flash for this pix as it was too dim. The earlier pix was without flash. I simply love the generous toppings of avocado, tomatoes, and prawns with mild melted cheese. I always love plain tossed up salad like this. The entire blend of all these ingredients with the pappadums was just perfect to me. Wonderful lunch. 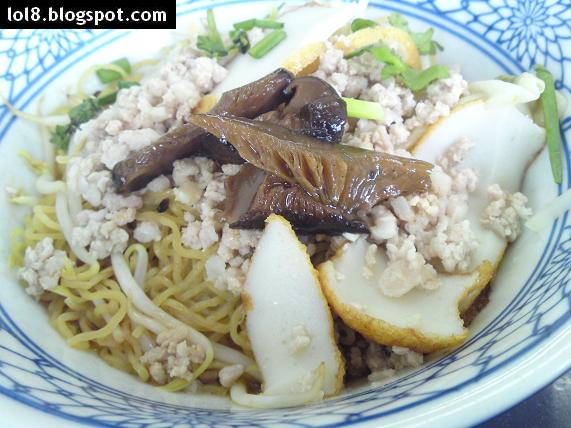 I don't dine in restaurants everyday, you know. Mostly I prefer hawker food and so many favourite local dishes to tempt me. This was simple Bak Chor Mee from a stall in Fortune Centre. It tasted only so-so to me, not sure why so many people ordered from this stall. The only good thing about this was they obviously added vinegar which enhanced the otherwise mediocre Bak Chor Mee. 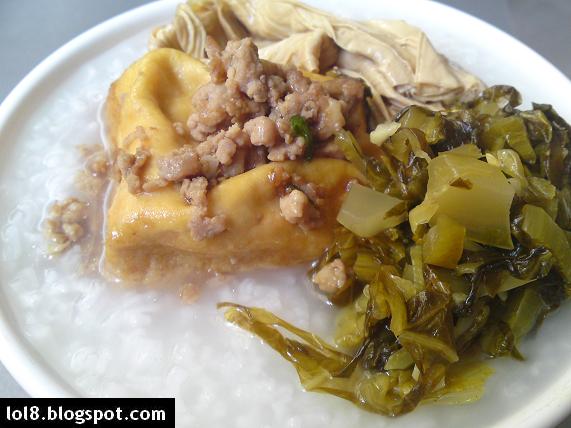 At other times, I can be even more simple. When I got sick of all the usual hawker stuff, I would crave for something light and easy on the tummy - plain porridge. Being half Teochew, I love plain porridge with simple side dishes. One lunch, I could just eat plain porridge with fried beancurd with minced pork, braised beancurd skin and just salted veggies (kiam chye) - heaven. 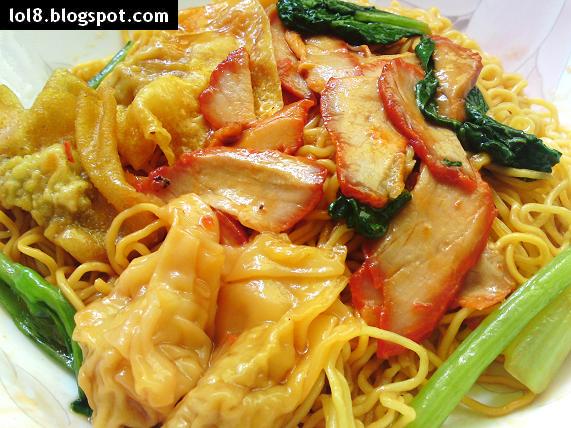 I love it when I find good wanton noodles. It is such a common noodle dish in Singapore that it is pretty hard to distinguish which is good or not so good. Nowadays I have a tendency of ordering wanton mee without chilli. Our local version, if without chilli, they would add tomato sauce instead. While I would never have ordered non-chilli wanton mee in the past, nowadays I think my taste has changed. The slight sweetish taste of ketchup with springy noodles, char siew, fried wanton, steamed wanton with veggies, sort of grows on me. I do still add green chilli though.... 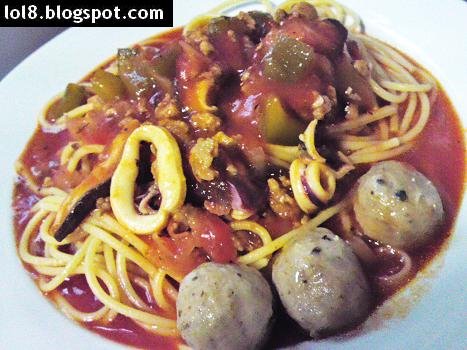 Sometimes it is also simple to cook at home as you can cook whatever you like. Fuss-free. This is my spaghetti with tomato base sauce. My niece told me she ate the $1 spaghetti in school which was horrid with just chopped cucumber. So I made this for her, with shitake mushroom, meatballs, squid, minced pork, green capsicum and chopped onions. Yummy!

Other times at home, I just prefer a simple stir-fry of a plate of veggies which goes well with plain rice, and I had be contented. These are some of my favourite home-cooked dishes - Sambal Petai with prawns, and Kai Lan with cuttlefish.

So you can see, I'm quite a foodie myself. I enjoy all kinds of food and sometimes like to cook as well. I'm not fussy as in I'm adventurous in trying different cuisines but I'm fussy in that they are well-done in their own right. Like what ieatishootipost says... "never waste your calories on yucky food".
yours truly, STUMPBO @ 1:50 pm