Shipshape for better or worse?

It was raining heavily again today as I passed by the newly opened Marina Bay Sands Hotel / Resort / Convention and Casino. Can you see the Sky Park at the top of the hotel? Don't you think it looks like and is shaped like a ship? 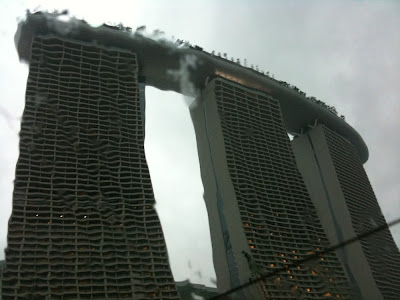 This Sands SkyPark is designed by architect Moshe Safdie, and it floats atop the three soaring Marina Bay Sands hotel towering 200m in the sky.  And have you wonder why Singapore has been having unbelievable floods these few weeks, which coincided with the opening of the Marina Bay Sand? I heard somewhere a fengshui master mentioned because this gigantic roof top looks like a ship so high, it would make the rest of Singapore land appear to be below sea level, and hence, that is why we are getting floods, which is something that rarely happens! Morever, usually in the middle of the year, Singapore should be the hottest during the May - July period. Instead it has been raining cats and dogs, with floods!
I wonder who did the fengshui for the Marina Bay Sands?  From the fengshui angle, if the cause of the floods is indeed due to the 'ship', are we going to be "drowned" soon?  Hope the people at the higher level do something to avert this or have a fengshui cure in place soon.
Maybe they should convert the 'ship' into a 'plane', soaring up the sky! More auspicious, ain't it?! 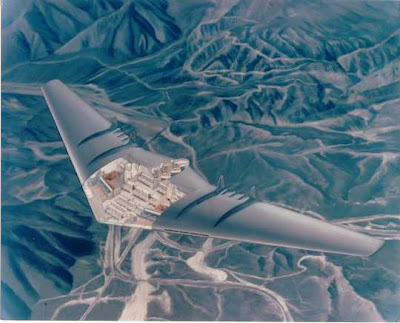 In my opinion, they should have designed the 'ship' on the ground level, as well as a 'plane' on the roof top sky park.  Anyway, Singaporeans are known for being 'kiasu' (unwilling-to-lose spirit), right?
yours truly, STUMPBO @ 12:21 am

Email ThisBlogThis!Share to TwitterShare to FacebookShare to Pinterest
Categories Fengshui