One of the week days, I met up with a friend for a short lunch at Bugis Junction. Since we did not have much time, we decided to try one of the small eating joints at the basement. Bishamon is not a restaurant, it is together with other eating joints selling takeaway food as well. There are a few tables in a dedicated cordoned off area. 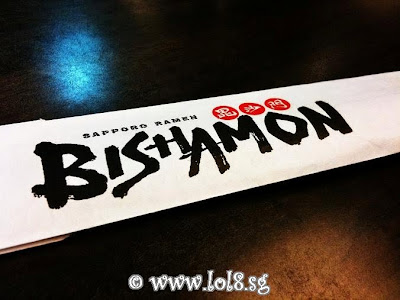 Bishamon sells Sapporo ramen, curry rice, and a number of side dishes. They have 7 outlets in Singapore. 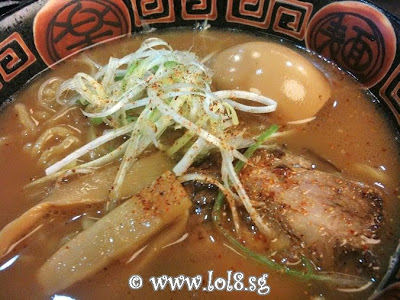 I ordered a small bowl portion of the Shoyu Ramen. Generally I do not like Shio Ramen flavour as I find it a little bland. I prefer the richnesss of Shoyu broth base, which is made of of chicken, pork together with other ingredients like seafood and greens and cooked for 2 hours or more. Besides the broth which was delectably rich as I wanted, the next most important item was the noodles itself. I was terribly disappointed with the ramen. A good bowl of ramen, the noodles must not be overcooked or too soggy. It should be firm and springy. Unfortunately, Bishamon ramen was too soggy for my liking. Looks were deceiving. 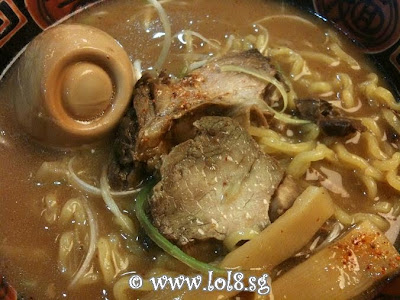 The piece of Char Siu (pork) is made from a special Tamari Japanese soy sauce. Compared to other popular ramen like Tampopo, Santouka and Marutama, this Char Siu was very lean with no slightest hint of fat. I still prefer the smooth, melt in the mouth fragrant Char Siu  with a little fatty meat, from Marutama. The broiled egg is always my favourite in ramen, no complaints here. 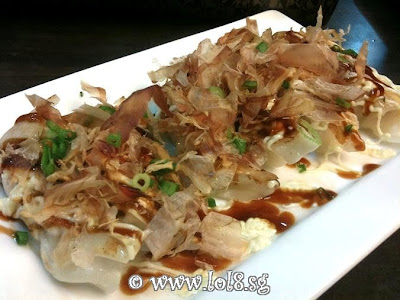 We shared a side dish which was steamed dumplings. They have 3 variations of dumplings, we chose Okonomiyaki Gyoza. 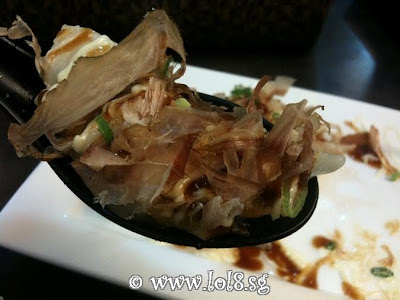 I absolutely love the Katsuo Bushi (bonita shavings) so generously sprinkled on top of the Gyoza that they totally disguised the dumpling. The combination of the mayonnaise and okonomiyaki sauce, bonita shavings and the warm steamed dumplings was so juicy and oh-so comforting. 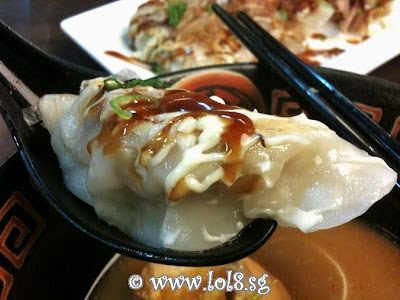 Unhidden, the gyoza itself was a modest size and not too fat like the Chinese type of dumplings which is filled bursting with meat fillings. 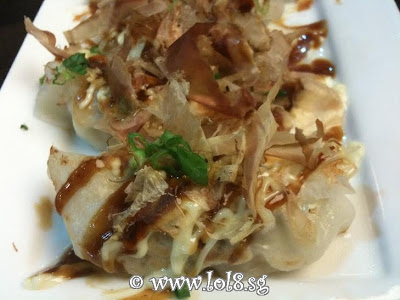 While the ramen was disappointing (only the broth saved the day), I would recommend you try this Okonomiyaki Gyoza instead. If you want a good bowl of ramen, go to the above-mentioned big boys instead.
yours truly, STUMPBO @ 1:39 am