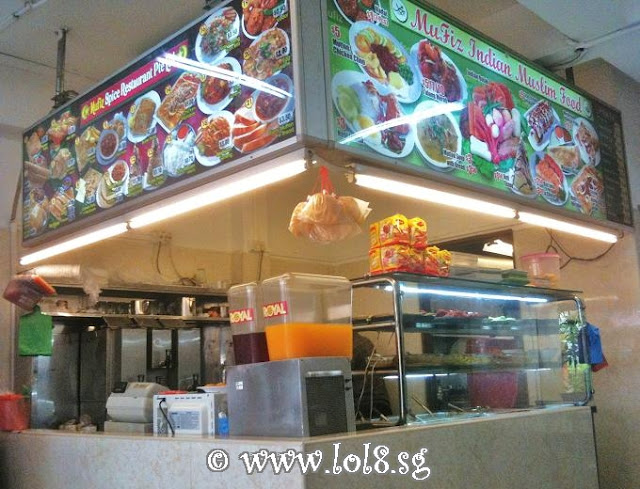 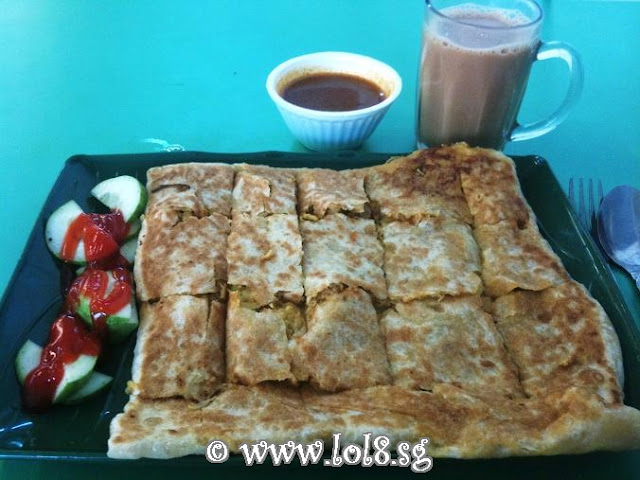 As I was alone and it was lunch time, I had a sudden craving for Murtabak. I think I have not had Murtabak for many years, could not even remember when was the last time I ate this.  So I ordered a Chicken Murtabak. When it came, I was a little shocked it was huge! 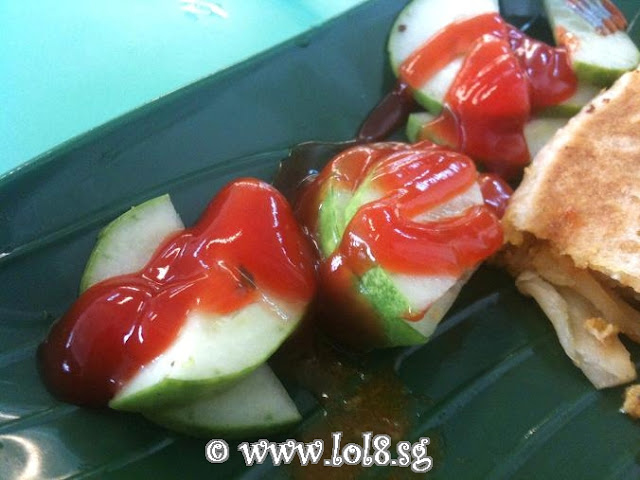 Accompanying the murtabak are slices of cucumber dribbled with chilli sauce. They usually like to add fresh cucumber on their dishes like murtabak and mee goreng. 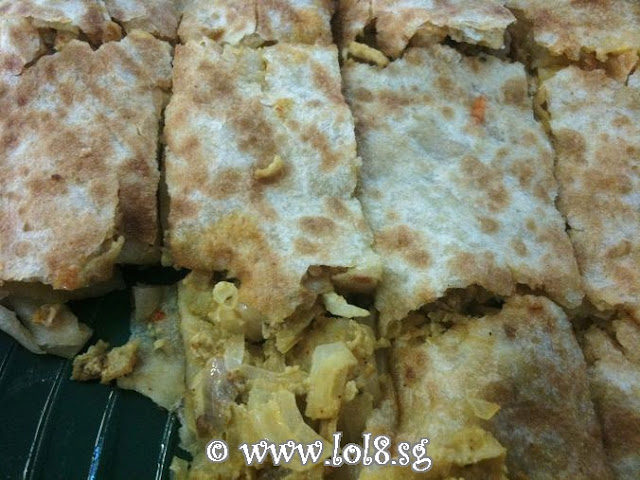 Murtabak is a stuffed pancake or pan-fried bread which usually includes minced mutton or chicken, along with garlic, egg, onion, and it is eaten with curry sauce. The top of the roti is a little crisp yet thinly veiled with all the stuffing of the chicken and onions inside. 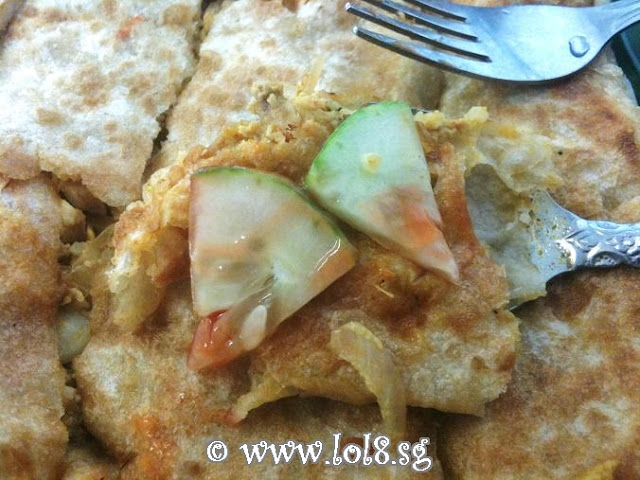 The way to eat this is simply mixing the Murtabak (roti wrapped with chicken meat fillings), cucumber and soaked with the curry sauce.  The taste of the Murtabak was bursting, piping hot and spicy juicy. It was like spicy chicken pie. 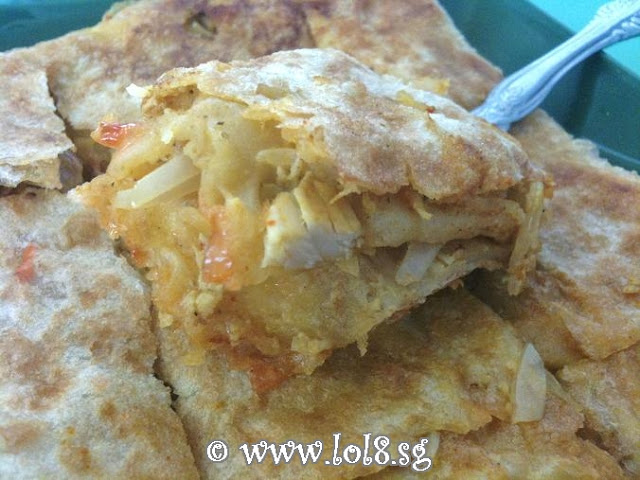 It was rather filling as it was a huge portion. I could not finish the entire Murtabak. I have no complaints. 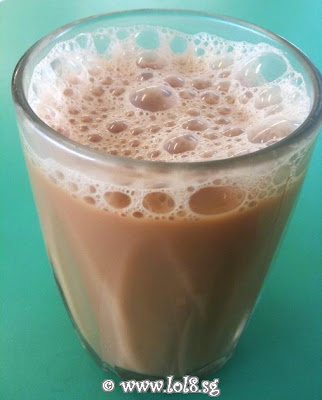 The meal went so well with a cuppa hot Teh Tarik (milk tea). In fact I ordered another Teh Halia (Ginger milk tea).  Such a satisfying meal. The place is known as  Mufiz Spice Restaurant. They are located at a row of shops opposite Upper Boon Keng food centre, near Block 16.
yours truly, STUMPBO @ 9:11 am