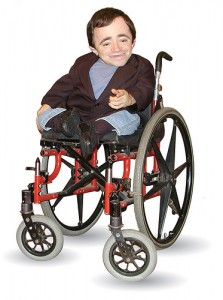 Sean Stephenson was expected to die at birth. He has faced an army of reasons to give up and countless opportunities to embrace pity. He suffered more than 200 bone fractures by age 18, reached a height of only 3 feet, and is permanently confined to a wheelchair. Despite his challenges, he took a stand for a quality of life that has inspired millions of people around the world, including Tony Robbins, Richard Branson, and President Clinton. Despite his physical disabilities, Sean is now a certified psychotherapist. He has written a best-selling book called, "Get off Your BUT: How to end self-sabotage and stand up for yourself" and is currently working on his PhD.


A Dharma sister shared the below clip, where Sean related his touching encounter with His Holiness the Dalai Lama. It left me a little brimming with tears. Listen to Sean's experience when he met His Holiness, how great compassion transients religion, race and discrimination. This is one of the many personal encounters I have heard from people who first met His Holiness, the Living Compassion Buddha, who has touched them simply with his loving kindness and compassion. Sean is truly blessed. 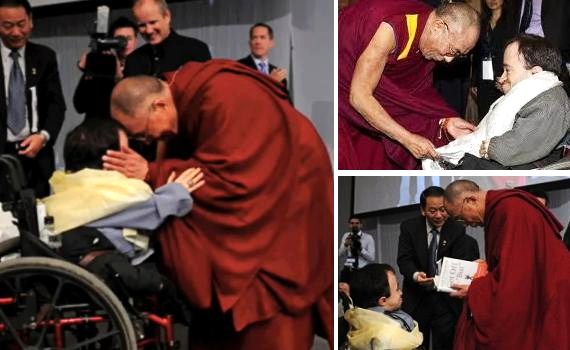