A walk in an old neighbourhood

There are not many old neighbourhoods left in Singapore. I mean the older generation housing estates. As I was in Bendemeer, after my lunch, I took a brisk stroll around the neighbourhood of these one-room flats, the market place and shops. 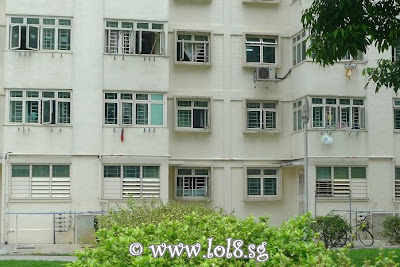 What motivated me for this series of shots was, at first I saw an old man sitting outside his ground level flat with an opened umbrella as it was drizzling, and I wonder why he was out there. Wanted so much to steal a shot but it would be too obvious. 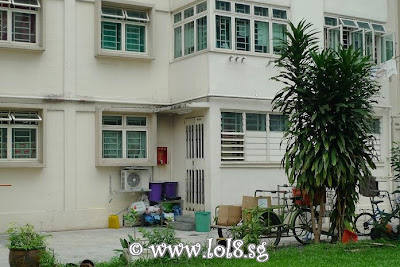 I think Singaporeans have the habit of storing and showing off their stuff outside the house. That is called "full utilising" whatever public space you can find outside other than  your own house. 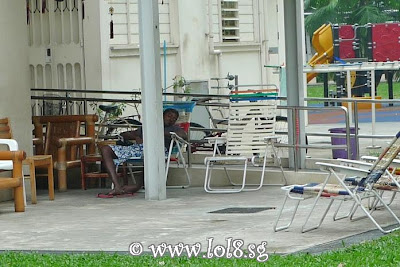 This seems to be a little corner for the residents to take their afternoon snooze, in the open. 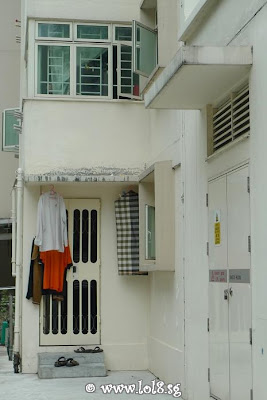 They say, we should not air our dirty linen in public, no? 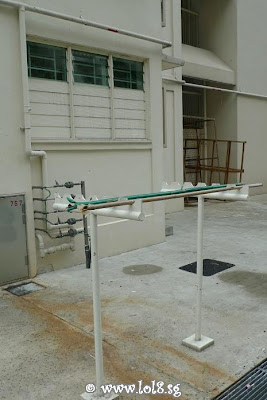 These poles are so old school. 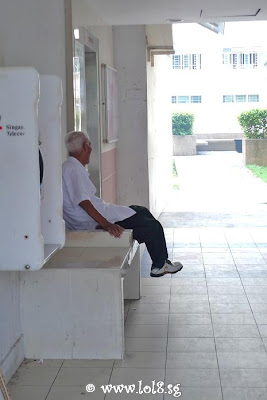 It always bring a tinge of sadness whenever I see old folks sitting alone by themselves beneath HDB flats with no one to talk to. 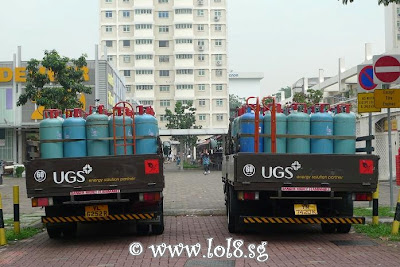 Not promoting gas, but thought this is quite cute. 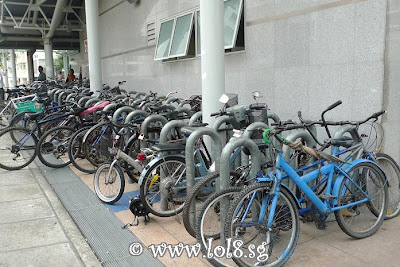 Reminds me of Pasir Ris.... 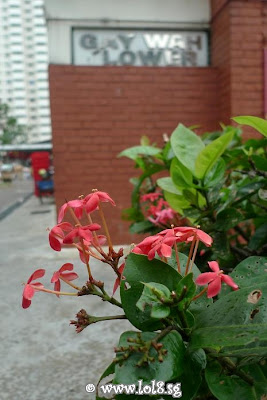 The irony... I had wanted to showcase the old signboard in the background "Gay Wah Flower" with the "F" missing. 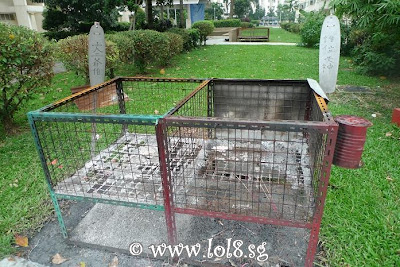 The designated spot for burning incense paper. I did not know that incense paper offerings for Tua Pek Kong and other deities have to be separated. Erm... 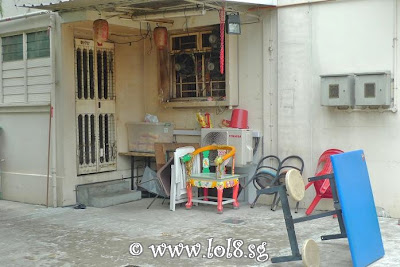 The 'colourful' chair caught my attention outside this house. I guess you know what it is for.... the chair where the deity sits on, through the person who is in trance. It is called Tang Kee. 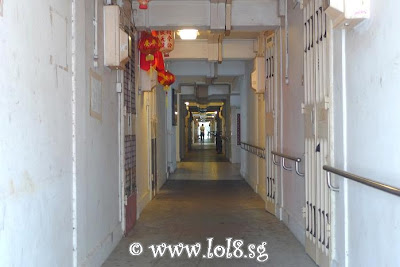 The corridor of these one room flats on the ground floor, never fails to evoke a very insecure and unsafe feeling. 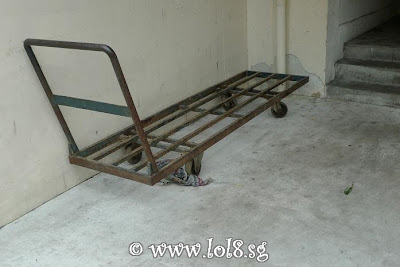 The old school thang for the rubbish bin. Have not seen this in a long while. 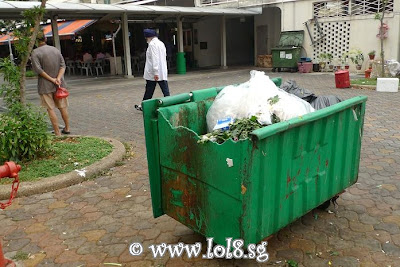 A weird spot for this rubbish chute. 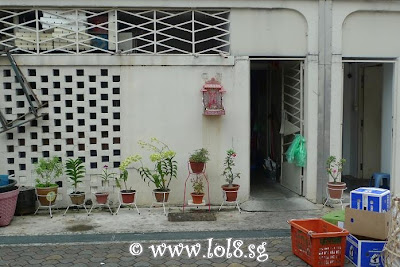 The behind of a shop, taking pride with pots of flowers outside, amidst all the other rubbish. Fresh water melons ready to be sold! And they think the water melons will not get stolen, being stored in baskets and tied with strings like this? 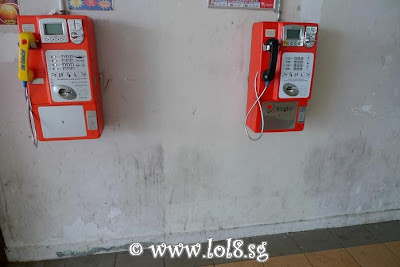 How many of us still use the public telephones nowadays, besides the foreign workers who use these to call home? 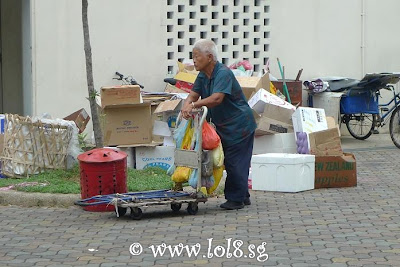 This old lady rummaging the rubbish, looking for 'valuable' finds to sell ie. used cardboards and soft drink cans.
yours truly, STUMPBO @ 9:11 am