The lunar eclipse which coincided with winter solstice 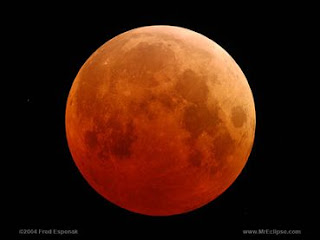 This year's only total lunar eclipse coincided with winter solstice today on 21 December 2010. This eclipse takes place just hours before the December solstice, which marks the beginning of northern winter and southern summer.

From www.sacbee.com,
"NEW YORK (AP) - Skywatchers got an early holiday present this year: A total eclipse of the moon. Hanging high in the sky, the moon slowly turned from bright silver into a red disk early Tuesday. A total lunar eclipse occurs when the Earth casts its shadow on the full moon, blocking the sun's rays that otherwise reflect off the moon's surface. Some indirect sunlight still pierces through to give the moon its eerie hue. The 3 1/2 hour celestial spectacle was visible from North and Central America where skies were clear. Portions of Europe and Asia only caught part of the show. Since the year's only total lunar eclipse coincided with winter solstice, the moon glowed high in the sky. The last time this occurred was more than three centuries ago on Dec. 21, 1638." 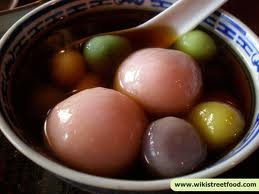 And in Singapore, we will be celebrating the Winter Solstice (冬至 dong zhi) on 22 December 2010. Traditionally, Dong Zhi is also a time for a family reunion with perhaps a dinner. One most significant highlight of Dong Zhi is eating Tang Yuan 湯圓 or balls of glutinuous rice, which symbolize reunion. These balls are made of glutinuous rice flour and sometimes brightly coloured. The flour balls may be plain or stuffed with peanuts or black sesame. They are cooked in sweet ginger soup.
Incidentally, the lunar eclipse was also a merit-multiplying day  on 21 Dec 2010. All merits multiplied by 100 million times. Fred from Amitabha Buddhist Centre liberated about 100,000 animals on behalf of ABC and all members, with special dedication to all our gurus. Thanks, Fred!
yours truly, STUMPBO @ 12:18 am