Of a dragon, the sun and a full rainbow

A most amazing phenomenon appeared yesterday on the first day of the 3-day Grand Healing Puja. Right after the opening ceremony and the completion of the Naga Puja, conducted by our most venerable Healing Lama Kangyur Rinpoche, an extremely auspicious sign appeared - a full rainbow encircled the hot bright sun and a dragon was seen emerging from the sun. 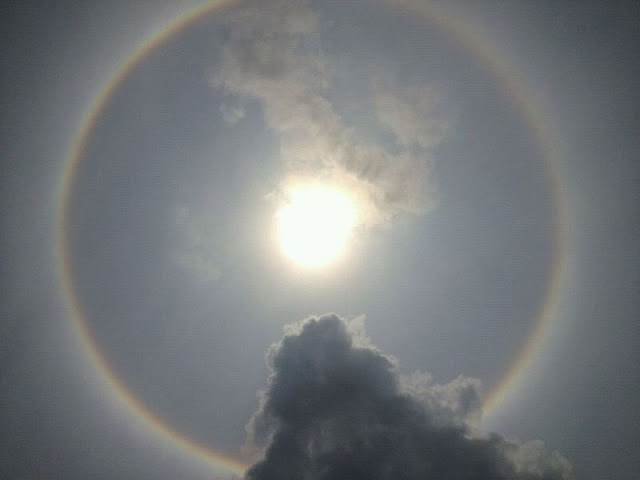 We showed and consulted our Great Healing Lama Kangyur Rinpoche about this and he was was very happy at this auspicious. He was extremely pleased as it meant that the Naga Puja was very effective; the Earth gods and nagas are extremely happy.  Rinpoche recalled that previously when he used to conduct the Naga Puja in Lhadak India, the sky also appeared the same phenomenon. 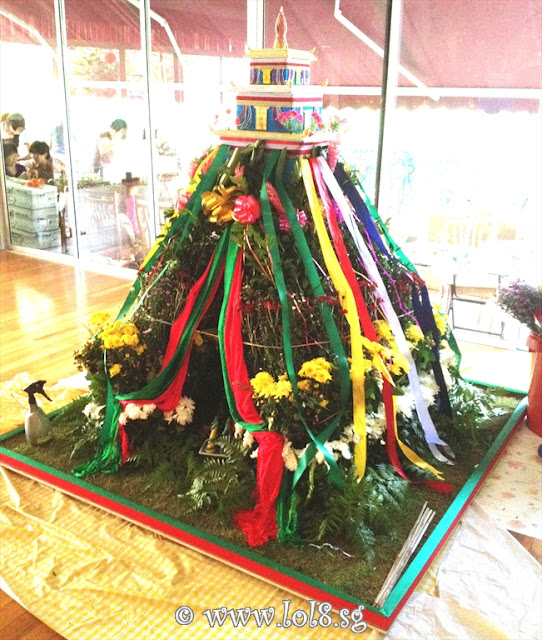 The Naga Palace which was constructed by the monks and offered to the Nagas during the puja. 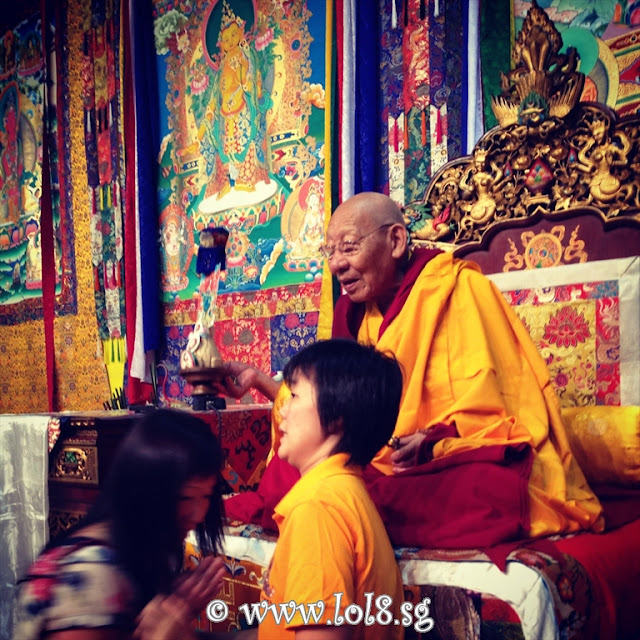 Kangyur Rinpoche gave blessings after the initiation of the 3 wrathful deities in the evening. 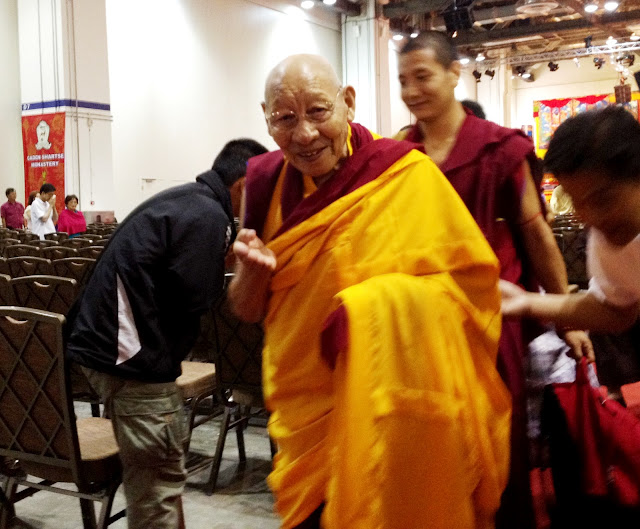 Rinpoche leaving MBS Hall for the night after the initiation. What an auspicious start to everyone who participated in the pujas!  May all who are sick be able to be rid of obstacles, and may all be healed immediately.