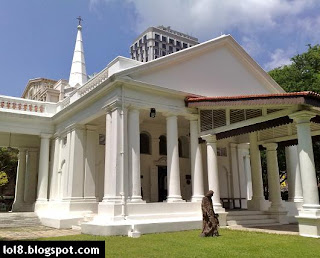 It is the oldest Christian church in Singapore built in 1835. As the number of Armenian families was growing in the early 1830s due to business prospects in Southeast Asia, a place of worship was deemed necessary. The completed church was consecrated on 26th March 1836 as it was the anniversary of St. Gregory, the first monk of the Armenian Church, to whom it was dedicated. 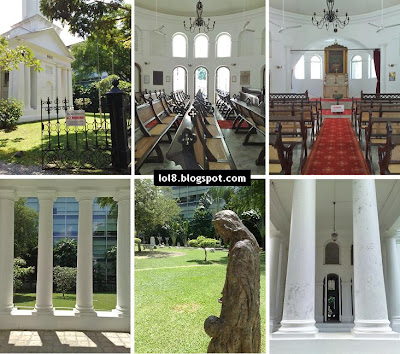 I was attracted to the quaint architecture and the serene green surrounding. Small and elegant, the interior of the church is a complete circle. Built of Palladian architecture, this church was the masterpiece of G.D Coleman. Now, the interior looked a little run down but the wooden benches had interesting designs and the floor laid with red carpet. The entire building was in white. 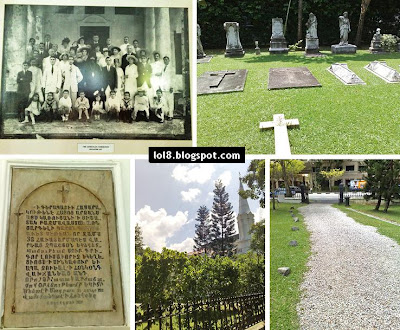 Although there were tombstones in the grounds, there were no burial plots under them. They were the tombstones of some famous personalities like Agens Joaquim and Catchik Moses. The former was the person after whom our national flower, the Vanda Miss Joaquim is named and the latter started The Straits Times. 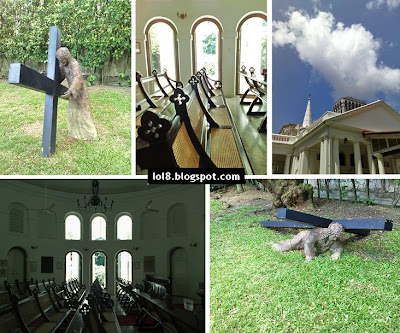 Outside, the tropical setting was tranquil. It was like a garden with statues of Jesus Christ around, some with the Cross. It might looked a little scary at night as it was dark but during the daytime, the entire place was a pleasing sight and neatly kept. We should preserve this monument forever. 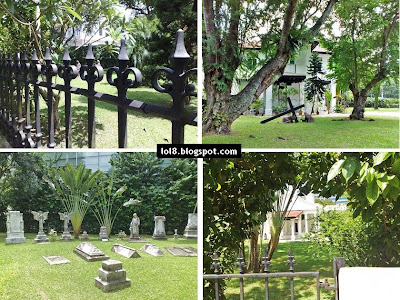