Voyage to the bottom of the sea~~

That day when we were in Sentosa, niece and nephew were very obedient and spontaneous, they enjoyed themselves that they happily and cooperatively allowed me to snap photos for them. 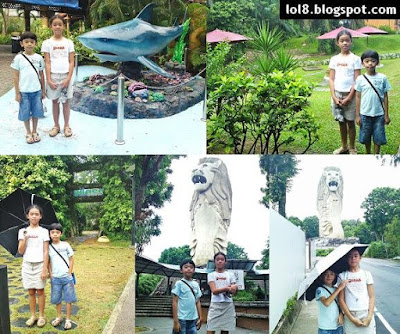 Sentosa is so changed now that everywhere is undergoing construction. Even this gigantic Merlion is relatively new. Since we were there for half a day, we only managed to visit the pink dolphin and then proceeded to take the tram and bus to another destination - Underwater World. 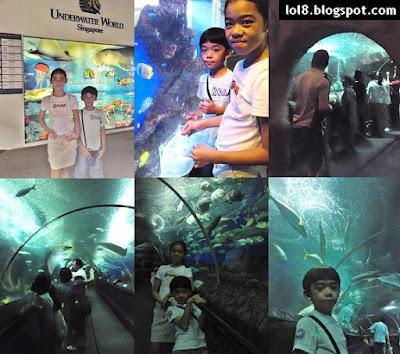 Underwater World is a well-known oceanarium showcasing some 2500 marine life from 250 species from around the regions. I could not even remember if I had been there before. 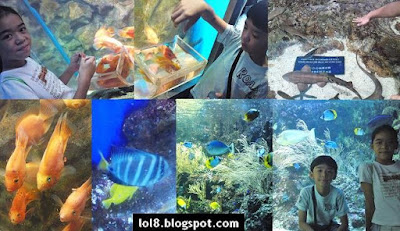 We had fun touching the moving fishes, stingrays and starfish. There was another pool where there were huge stingrays waiting to be fed. The kids did not dare try. Instead they fed the smaller fishes like those freshwater ones and marine water ones. The fishes, corals and other what-nots in the tanks were beautiful. 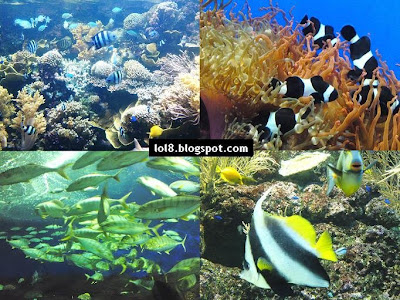 We saw so many types of beautiful fishes.... 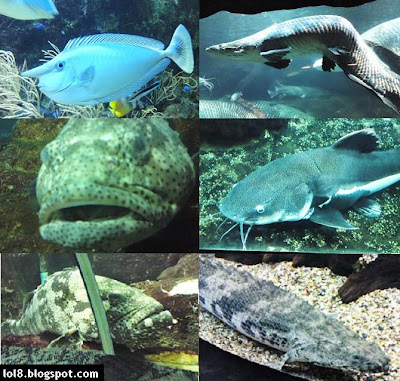 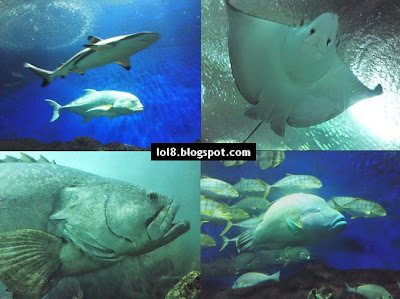 ..... and some grotesque-looking ones almost human size ...... I took so many photos of stingrays too. I like stingrays as they look like smiling kites. That huge blue thick-lipped fish reminded me of an acquaintance whom I could not stand. He (that man) was ...er.... quite ugly with similar lips ... the resemblance was so uncanny.... eeks. 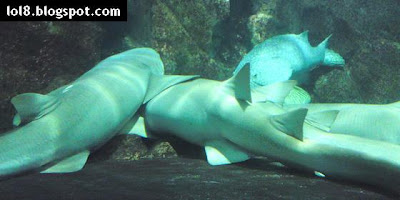 These huge ones looked so dead just lying there but they were alive ... maybe just lazy... 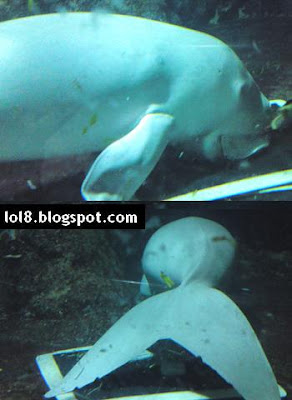 This was an adorable giant known as the Dugong, one of the highlights. Weighing 160kg, she is called Gracie, a Sea Cow, which is highly endangered and look similar to the dolphins. 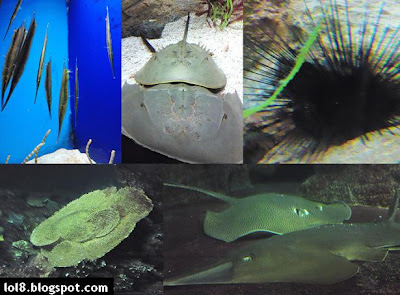 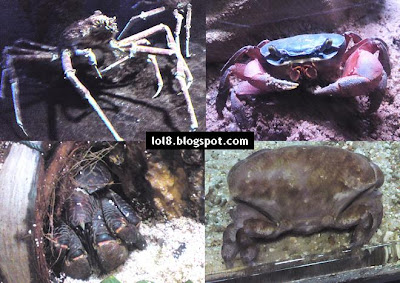 Different species of crabs... the human size one being the orange Japanese crab (top left) with lengthy claws. I like the palm size one (top right) which has a blue shell but fat reddish claws. 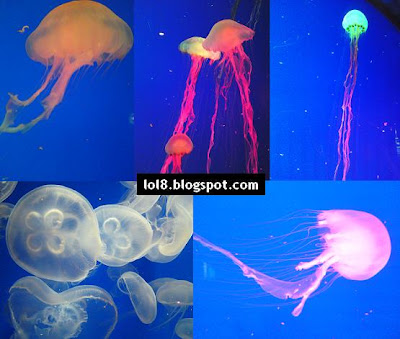 I was blown away by these jellyfish. They were moving, illuminating and different types with different behaviour. Amazingly awesome. 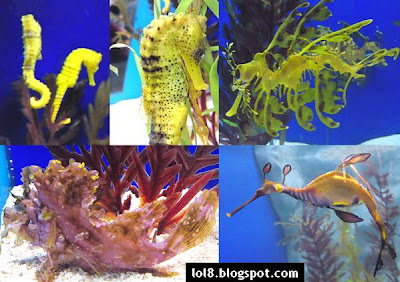 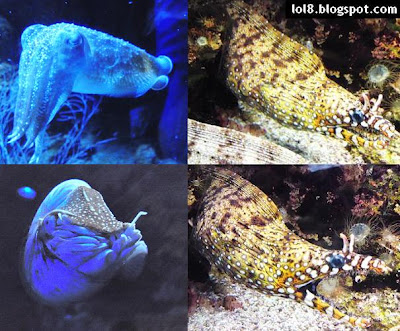 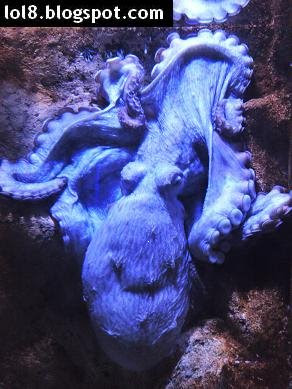 And I take my hat off this one..... the most yucky-looking gigantic octopus the size of a pillow or bigger, which seemed to be smirking and looking grouchy, and it's blue in colour. Blue monster. 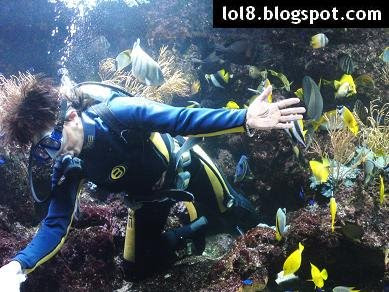 So fun this trip to the Underwater World. One day I hope I have the chance to go diving to the real underwater world to explore the coral reefs, ecosystems and living creatures there..... 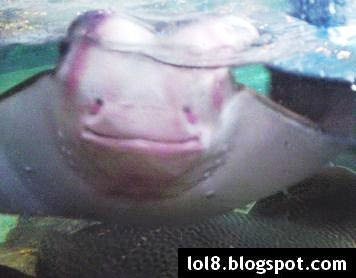 ...... and perhaps find an adorable friend like this one who is smiling at you all the time. I hope all the creatures I have seen will have a good rebirth in their next life - a precious human life.