Oh boy, this post is way overdue by at least 6-8 months, I think. 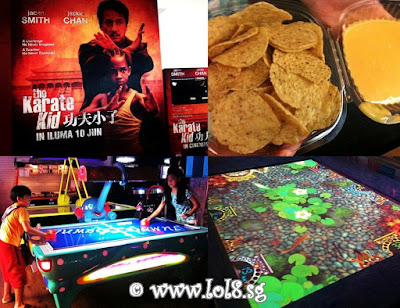 It was either the March or June school vacation this year. I usually bring them out at least once during the school holidays. That time was for a movie, The Karate Kid. I think they enjoyed the show, especially nephew, as well as the cheesy nachos. While waiting for the  the show, we went to the arcade to pass time. They had wanted to play those machines which could give lots of coupons so that they could exchange some small gifts. Alas, those machines were not available due to repairs. So they played other games instead. The digital pond was one silly game which was totally a waste of money. Firstly we didn't know how it worked, and our dimes were all gone in no time. 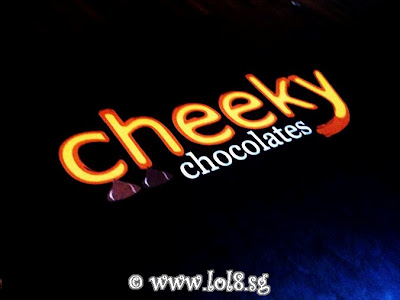 After the show, we went for a late lunch/tea. As we were at Bugis Iluma, to give the kids a treat (as I usually do during the school holidays), we decided to check out Cheeky Chocolates.  It was a cafe and quite empty in the middle of the afternoon. 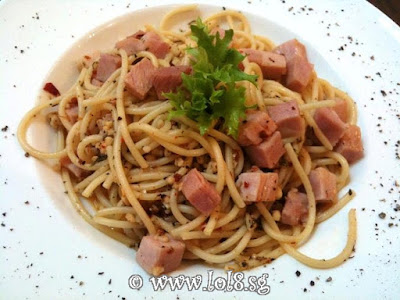 We were sharing all the items. Ordered a safe choice, Spaghetti with Ham which nephew liked. To me, it was nothing more than palatable. If I were to visit this cafe again (highly unlikely), I would try its savoury Shrooms R Good Crepe. 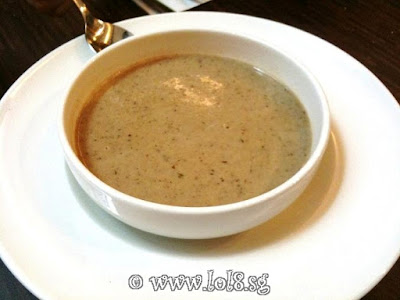 Nephew requested for soup so we ordered the Mushroom Soup to share. And that was enough of savoury stuff. What they wanted were the desserts! 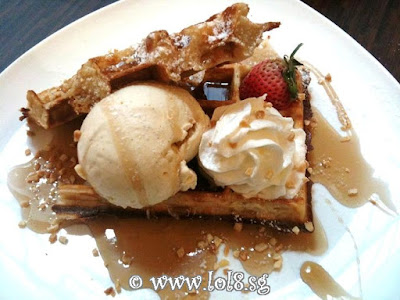 Here was the Waffles with Vanilla Ice Cream. It looked the prettiest among the other desserts. This was always a welcome choice for the kids. 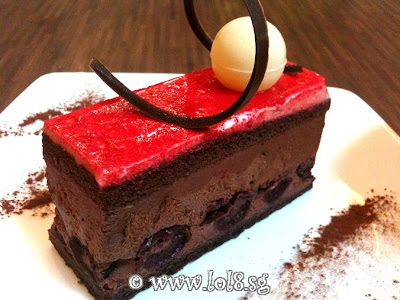 This was the Blackforest Choc Cake. Interesting bright red hues on top the cake. It reminded me of a train. I had this with Earl Grey tea. 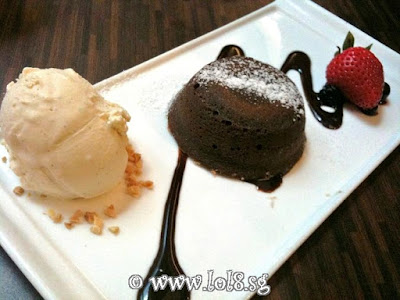 Another favourite was the Molten Choc Cake with Ice Cream. 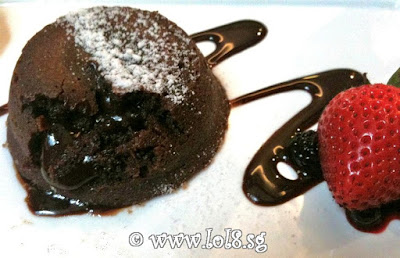 The kick was to see the hot choc lava oozing out of the warm cake, and with the combination of the sour strawberry, it was the boomz.
yours truly, STUMPBO @ 11:50 am