My aunt, the 'feminist' artist

On 12 October, my aunt received the prestigious Cultural Medallion award from the President of Singapore, SR Nathan, at the Istana. The Cultural Medallion is a Singapore cultural award conferred to those who have achieved artistic excellence in dance, theatre, literature, music, photography, art and film. 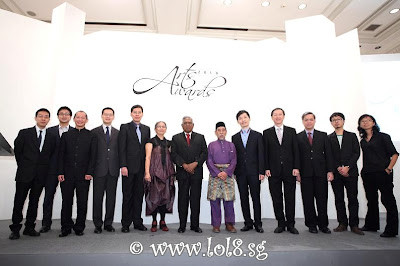 A huge honour indeed for my 4th aunt, my mom's younger sister, who is 59 this year. We in the family are all very proud of her. My grandma, mom and other sisters and a brother attended the awards ceremony. My Aunt Amanda is a full-time visual artist who spent the last 30 years of her life actively conceptualising, curating, organising and participating in exhibitions, public art events, and forums, both in Singapore and overseas. It has not been an easy journey for her, as the Arts scene here only opened up less than a decade ago. For this reason, I had always considered Aunt Amanda to be more well-known in the international art scene rather than in Singapore.


She was one of a group of pioneers who was instrumental in the founding of The Artist Village in 1991, often seen as the birthplace of Singapore contemporary art. One of her earlier works included a simple installation of a netted dish cover on a table called "She And Her Dishcover" with a powerful statement of a woman's place in society. I remember in those days, when we visited her at the Artist Village, located in a farm, she would be excitedly showing us the fauna and flora and animals of the place, rather than just the art exhibits. 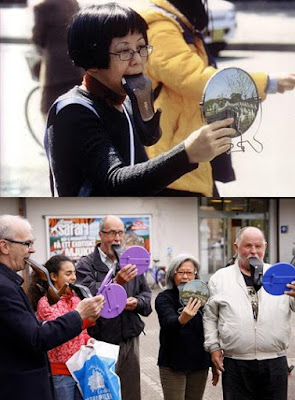 To be frank, while I attended a few of her earlier performance installations, I did not understand a bit about what they were about, or the messages she was trying to convey. Everything seemed abstract to me. During those few times, I was not able to appreciate the installations, as few of us in the family were there just to support her.

I am not going to talk about Aunt Amanda's career, artworks and her achievements, because as they say, the rest is now history. I would like to share about the more personal side of her.  To me, the most memories of aunt and her other sisters were probably when I was a kid, when during the school holidays, my sis and I would stay over at my grandma's house. Since we were the eldest and only grandchildren then, we received full attention from all my uncles and aunts, especially my 4th, 5th and 7th aunts.

While I am closer to another aunt who is very kind and gentle to me, I remember I was most fearful of Aunt Amanda, because she was pretty strict, during those days when she was still working as a tax officer. Aunt Amanda is not one to mince her words, and what she said meant business. Like she said recently, "Why do we assume or perceive that a woman should be submissive, obedient and quiet? Taking a more confrontational approach is something I like". Sometimes when sis and I played "house", we would  rearrange the furniture, chairs and tables at the big porch of grandma's attap house, and made the place messy. If we had forgotten to arrange the furniture back to its original position, we would get an earful  from  Aunt Amanda when she got home from work. Or we had day-dream and play in her bedroom, decorated with so many interesting stuff she bought from Japan that intrigued us. Again we did not dare misplace any of her items, in case we get a scolding. In her younger days, Aunt Amanda looked exactly like a Japanese lady when she wore the kimono, with her fair complexion and her love for all things Japanese.

Strangely I loved to watch Bollywood movies on TV when I was a kid. Perhaps I was spell-bound by the behind-the-coconut-trees dances, the ridiculous story lines which I did not understand at all, and gawking (in disbelief) at the "fleshy" Indian actors and actresses. I think Aunt Amanda seemed very irritable when I parked myself in front of the TV watching senseless Hindi music, dancing and dialogue. She would nagged at me and asked me if I understood any word of what they said. When she was around, I always switched to the cartoon channel instead. I would also be most afraid while she gave me Chinese tuition. Or when I "stole" and quietly played her cassette tapes of 刘文正 and 凤飞飞 etc., I would be so scared I would be found out.

The earliest Christmas parties in my family started in grandma's old house, while sis and I  were the only grandchildren then (today there are 18 grandchildren). My younger aunts, especially Aunt Amanda, helped sis and I in organising those parties as well as making our own Christmas tree. I remember the one-metre high tree made from nettings and then adorned with cotton wool and handmade decorative tree adornments. In the second year, it was a snowman made from two huge balls of crushed newspapers. It was fun the days leading to Christmas. 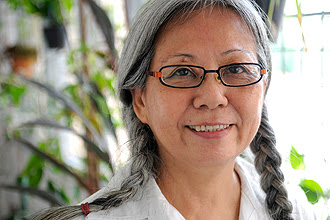 Aunt Amanda has green fingers, she loves nature and her house is always full of plants and greenery. Maybe that is why gardening rubbed off on me. We would spend days exploring old deserted colonial houses and bringing home unusual buds/plants from the gardens. Sometimes, to my grandma's exasperation, Aunt Amanda would bring back stuff that people threw away, like antiques, chairs and table and converted them into pieces of art or usable furniture.

When Aunt Amanda embarked on her travels to Europe during the time before she became an artist, many people including some in the family did not understand her, why she had to give up her job, dropped everything, and left in order to "find herself". Although I too did not understand why, I was quietly envious of her, that she had the guts to go against the convention. It was in Europe when she was drawn to the artworks in musuems and galleries that she decided to do something in the arts. That was a turning point in her life and the start of a long arduous road of being an artist. Since then, she has built a varied career spanning different disciplines from installation art to performance art to photography. She said in her interview: "I'm so glad I made that decision so many years ago to give up my job and go travelling. People thought I was crazy. But if I hadn't made that choice, I would not have known what my life could have been." 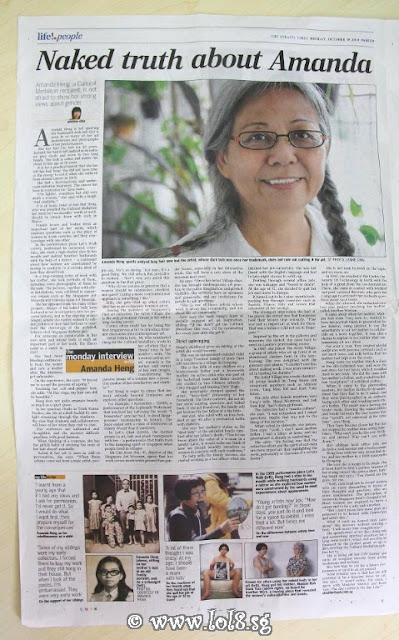 Aunt Amanda deserves the accolades and recognition today for all the rocky unstable obstacles she faced as an artist 20 years ago. This is a stark contrast to 2006 when she suffered from uterine cancer, and had a hysterectomy. This is just another new beginning of her continuing journey. May Aunt Amanda always be healthy and may she achieve greater heights in her career in the arts. As she said, "I won't retire. For once I agree with Minister Mentor Lee Kuan Yew. The day I retire is the day I die." 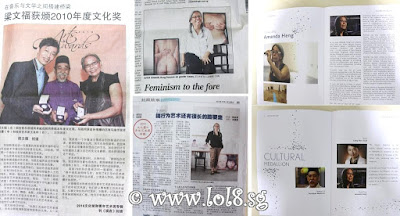 Email ThisBlogThis!Share to TwitterShare to FacebookShare to Pinterest
Categories Celebration of Life, Stories