I'm so happy that one of my gurus, 72-year-old His Holiness Dagyab Kyabgoen Loden Sherab Rinpoche, has arrived in Singapore early yesterday morning. Rinpoche, who is based in Germany, is here to celebrate the Chinese New Year with us and to bestow a series of precious teachings and initiations. And in late February, Dagyab Rinpoche and 15 monks from Gaden Shartse Monastery will be conducting the Grand Puja at Ta Pei Buddhist Center. 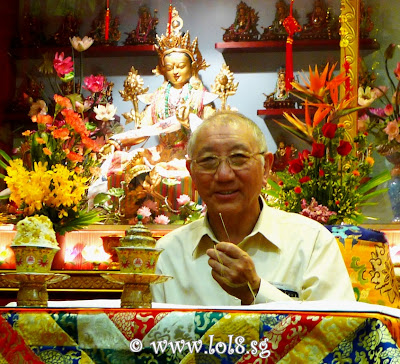 I have known Dagyab Rinpoche for a few years and he is an excellent teacher, who speaks in Tibetan, English and German. Rinpoche is a reincarnate lama who is the spiritual head of the Dagyab region in Eastern Tibet, and carries the title of "King of Dharma". Dagyab RInpoche was recognized by His Holiness the Dalai Lama as the reincarnation of the 9th Kyabgoen of Dagyab (Patron of Dagyab). Despite being such a high ranking and very outstanding lama, Dagyab Rinpoche is a very humble, kind and sincere guru, with no airs about him.  In fact, he is so humble that he insists we do not address him as "His Holiness", but rather, "His Eminence" or just "Rinpoche" instead. However, with utmost respect, I insist in according Dagyab Rinpoche as "His Holiness" in this blog, as befitting his honorable position and high rank/title. Unbeknownst to most people, Dagyab Rinpoche is a highly realised practitioner.

Rinpoche was an outstanding student from Drepung Monastery who graduated with a Geshe Lharampa degree (equivalent of PhD) and has been turning the Wheel of Dharma by tirelessly giving teachings to students all over the world for decades. Rinpoche is known to hold the most transmissions of the Gelugpa lineage, as well as a vast number of transmissions of the Sakya and Kagyu schools.  Rinpoche himself received many teachings from His Holiness the Dalai Lama, Trijiang Rinpoche, Ling Rinpoche, as well as His Holiness Sakya Trizin and Kalu Rinpoche. He was one of the closest students of the late Kyabje Trijiang Rinpoche.
Recently I discovered a very precious old photo of high Tibetan lamas from all the major Tibetan Buddhist traditions. And since Dagyab Rinpoche is here with us in Singapore, we checked with him and he has confirmed that he was also present in this photo (standing behind His Holiness the Dalai Lama) and gave more details about this photo. Apparently, this was a gathering among all the Tibetan head lamas, the very first Dharma meeting held in His Holiness the Dalai Lama's first residence in exile, in Dharamsala, in the year of 1963 around the April-May period.

His Holiness Dalai Lama is in the center with his two tutors Ling Rinpoche and Trijang Rinpoche on his left. On his right is His Holiness Sakya Trizin, His Holiness 16th Gyalwa Karmapa Rinpoche, and Dudjom Rinpoche. Behind them is Dilgo Khyentse Rinpoche, Kalu Rinpoche and many other wonderful lamas. Dagyab Rinpoche himself was the Secretary in this meeting.  This photo serves as precious memory of the 20th century's greatest practitioners and teachers.

CNY EVE CELEBRATIONS
There will be a grand celebration to herald in the year of the dragon this coming Sunday on CNY Eve in Gaden Shartse Dro-Phen Ling with a series of pujas, conducted personally by Dagyab Rinpoche and 15 monks from Gaden Shartse Monastery.

The prayers to be conducted are:

1  Heart Sutra Obstacle-Clearing Puja
To enjoy a fulfilling year 2012 ahead, whereby all our goals can be achieved smoothly with minimized obstacles, we must first purify negativities and bad karma that we have committed in the past year as much as we can. Obstacles arise from the ripening of bad karma. Obstacles cause us unhappiness and hindrances in achieving our aims. To prevent obstacles, we must avoid accumulating bad karma or purify them before they ripen. The Heart Sutra Obstacle-Clearing Puja is a powerfulritual to swiftly eradicate any on-coming major obstacles for us in the NewYear.

Namtose is a famous protector and wealth deity of Esoteric Buddhism. For centuries great Buddhist practitioners and yogis relied on his practice for wealth, protection and cultivation of the path. Namtose Wealth Pujas are one of the must-have auspicious pujas for the New Year. This puja summons immense positive wealth energies upon the puja participants, and is a very effective method to invoke positive wealth energy of the surroundings. For those who own wealth vases or fortune wands, they can bring them along for re-energizing of wealth blessings for the New Year. 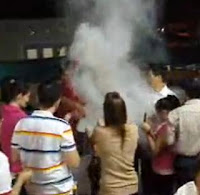 The ritual of the immaculate incense offering is said to be very beneficial especiallydone for new year and new beginnings. This puja gathers great and inconceivablemerit as it makes offerings to a wide variety of objects:

3.1 Offering to the Three Jewels: The Buddhas, Bodhisattvas and Holy Beings of the ten directions have overcome all forms of faults and delusions, hence by our offering to them, we will be able to increase both our wisdom and merit, andalso receive blessings and guidance from the Three Jewels.

3.2  Offering to mundane and super-mundane Protectors: We will be able to receive their protection blessings, be freed from obstacles and receivehelpful conditions in our career and work.

3.3   Offering to beings of the six realms in samsara:Through our offerings, we are able to repay our karmic debts, be relieved fromsupernatural obstacles, and lead them to receive blessings and liberation.

3.4   Offering to beings of hungry ghost realm: Hungry ghost realm beings are under the constant suffering of hunger and thirst. Our sincereofferings shall be able to alleviate their sufferings, overcome negativeconditions or obstacles to our lifespan, and can also prevent any illnesscaused by them. We can also dispel bad luck,nightmares or bad omens. 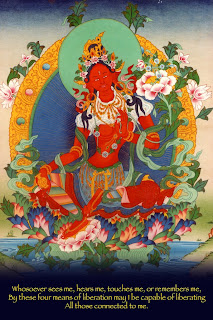 A very special attraction of this CNY Eve celebrations is the Red Tara Power & Wealth Vase. Having heard of its great benefits from Dagyab Rinpoche, DPL has specially requested and commissioned Gaden Shartse Monastery to consecrate these extremely powerful Red Tara vases for CNY.

Red Tara is one of the 21-Tara emanations. Red Tara is a very powerful deity who subdues the three realms – desire, form and formless realms. She is red in colour, symbolizing the activity of power and magnetizing. This Red Tara Power & Wealth Vase is not an ordinary wealth vase, which is very hard to come by.

Benefits of Red Tara Wealth Vase
The RED TARA POWER & WEALTH VASE confers the power of magnetizing everything beneficial, summoning and attracting all the positive and helpful conditions in all aspects (career, business, family, and of course spiritual practice) - with the ultimate aim of benefiting all sentient beings. For example, by engaging in the Red Tara practice, we could draw essence of magnetizing power, health, wealth, wisdom, obstacle-clearing – to successfully accomplish both the temporal and ultimate happiness of all sentient beings.

In summary, the Red Tara Vase will help to increase our abilities (by attracting the power of the three realms) so as to swiftly achieve goals and obtain various attainments. However, one needs to in all practices with the pure motivation of compassion and bodhicitta in order to be ableto receive great blessings of the inconceivable magnetizing power of Red Tara; and every action becomes a direct cause for enlightenment and all virtuous minds.


These vases are made available for sponsorship in the CNY BLESSED HAMPER OF POWER & WEALTH. The offering of each hamper is $280. All funds collected go to the air tickets and food fund of Dagyab Rinpoche and all monks for the upcoming grand puja visit. 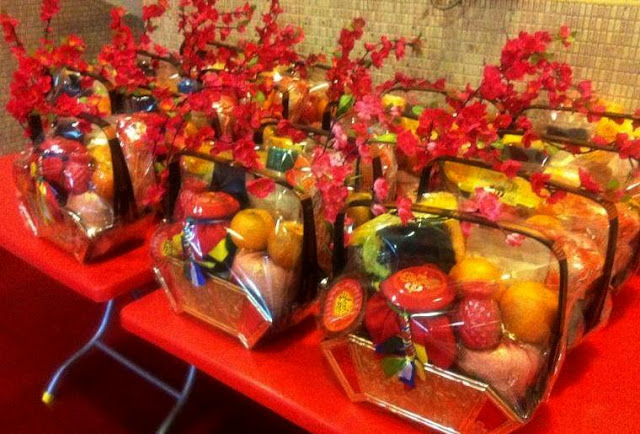 Looking forward to the CNY Eve celebrations. May this New Year be an auspicious start for you with the divine blessings of the Three Jewels!

I will provide details of the upcoming in-house teachings and exciting Grand Puja in a later post. 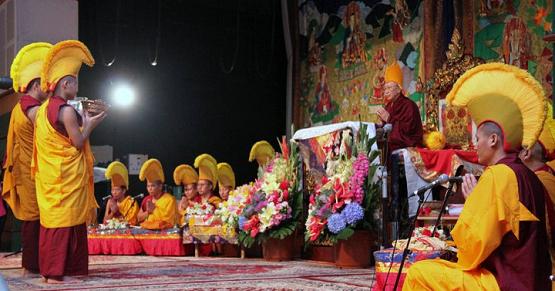