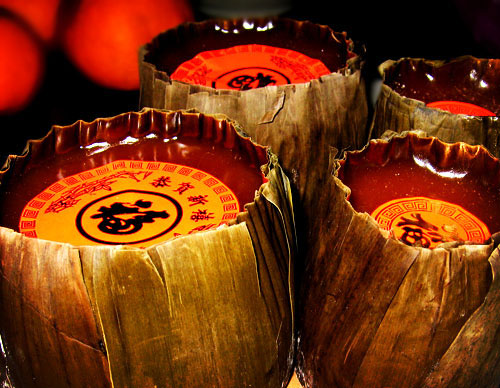 Most Chinese will buy Nian Gao, the sticky sweet cake during the Chinese New Year.  It is considered good luck to eat nian gao during CNY because "nian gao" is a homonym for "higher year." "年高". As such, eating nian gao has the symbolism of raising oneself higher in each coming year (年年高升 nián nián gāo shēng).

Normally, at the end of the CNY, we find ourselves with leftover Nian Gao. Eating the Nian Gao by itself would be too sweet, sticky and very jelak (Malay term for "feeling of disgust that overwhelms when consuming too much of the same food"). So my mom would cut the Nian Gao into rectangular pieces, and sandwiched them between cut pieces of yam and pumpkin. After coating them with flour, she deep fried the pieces in the wok.  The result is a fragrant snack, crispy on the outside and soft on the inside, with the sweet combined taste of Nian Gao, pumpkin and yam.  Other times, mom will just fry the Nian Gao coated with flour and eggs.

Fried Nian Gao is one of my favourite snacks during CNY. Thanks to mom who always remember that and make this delicious snack for me. 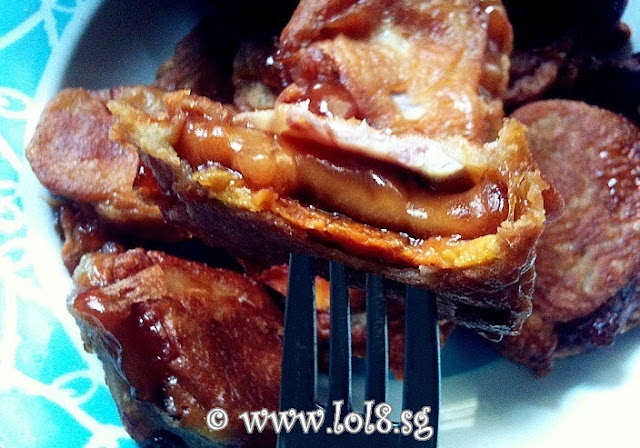