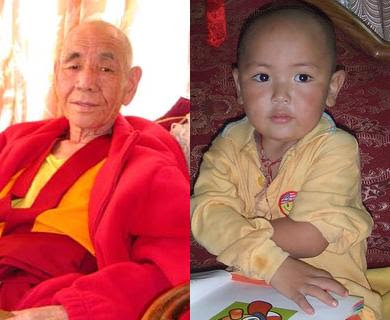 Last night, I had an auspicious dream. I dreamt that I was in this very crowded temple. Every worshipper there was busy kneeling, praying and making offerings. I do not remember what offerings but I know they were very unusual offerings that were big. So I also followed suit by making the offerings.


After I was done, a man appeared and chatted with me. He told me that this temple is related to a Thai temple, Wat Taphan in Bangkok. I was surprised as I had in real life just came back from Bangkok few weeks ago and I had visited Wat Taphan there. We were introduced to the temple by a stranger on the road, who turned out to be a helpful tour guide. So we visited Wat Taphan, prayed to what he called the Lucky Buddha, made offerings, personally blessed by a monk, and made a donation to sponsor for a monk's robes.


Anyway back to my dream. I was so happy to hear that this temple was related to Wat Taphan. Then the man said he must show me a picture of his master. When he took out the picture, it was the image of Geshe Lama Konchog!


Geshe Lama Konchog was a modern-day Mahasiddha. He was born in Tibet and educated in the great Sera Monastery. From young, he displayed exceptional spiritual qualities. He spent a total of 26 years in retreat and become highly realized, and was knowledgable about all four schools of Tibetan Buddhism. He passed into Parinirvana in 2002 and left behind amazing relics, testimony to the heights of spiritual attainment he attained.


Geshe was in Clear Light Meditation for 7 days after he passed away. Over 200 foreign students and over 700 Sanghas saw many amazing signs of the great realization. When Geshe holy body was offered to the fire during cremation, rainbows appeared and surrounded the sun, there was a drizzle of rain. The rainbows appeared towards six different directions. After the cremation, many relics were found. The 5 colour relics is the purity state of 5 aggregates, state of 5 Dhayani Buddha, state of full enlightenment, there is no doubt that the Great Mahasiddha attained full enlightenment within one lifetime.


On the 17th December 2005 Geshe Lama Konchog’s reincarnation is recognized by HH the 14th Dalai Lama and the Reincarnation is a 3 and half years old boy from Tsum, Tenzin Nyudrup. He was ordained and given a holy ordination name - Tulku Tenzin Phuntsok Rinpoche.


Although I have never met Geshe Lama Konchog in this lifetime, but through ABC (Amitabha Buddhist Center), I have heard of this great Lama and had circumbulated round his precious relics a few months ago. Hence it was indeed an auspicious dream to me. May I have the good karma in this lifetime to meet his reincarnate, Phuntsok Rinpoche. Om Ah Ra Pa Tsa Na Dhih!
yours truly, STUMPBO @ 11:21 pm