Final posting on my Korean trip a few years ago. There were many places we went and just too many photos. We went to 2 theme parks but I'm not a fan of theme parks, so just enjoy the snapshots and some recaps.... 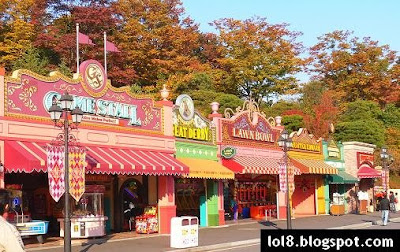 This was in Everland, which looked a little like Disneyland with its colourful shops and rides. 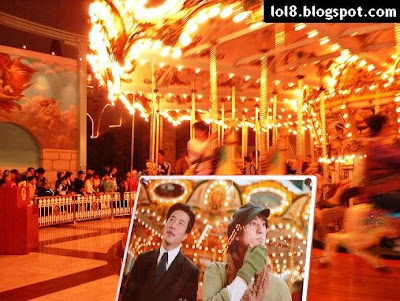 In Lotte World, again another filming site for a Korean drama, its posters everywhere. So I dutifully snapped this merry-go-round, which was significant in that show. And I also helped take photos for the fans *roll eyes*. 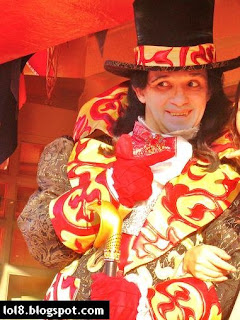 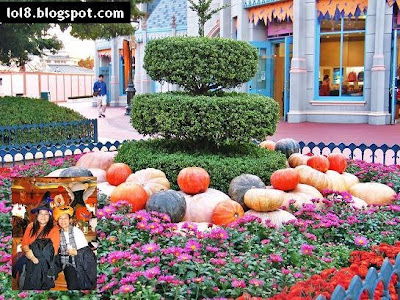 Pumpkins were everywhere. We even wore one! It's Halloween! 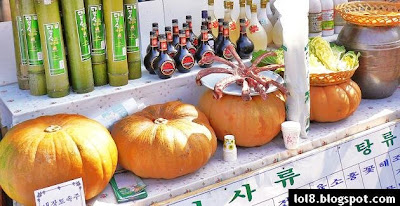 Koreans include pumpkin in many of their dishes. 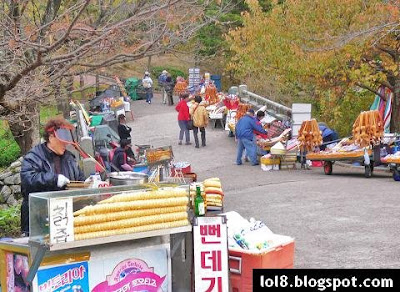 I like to take photos of hawkers and the food though..... 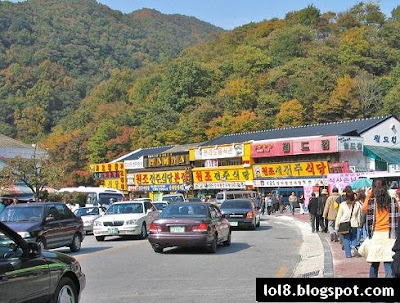 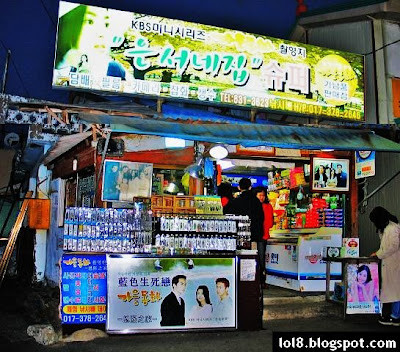 We were even brought to see little provision shops significant to yet another Korean drama. One shop had all the scribbles and signature of the visiting fans on their walls, together with posters and photos of the idols. 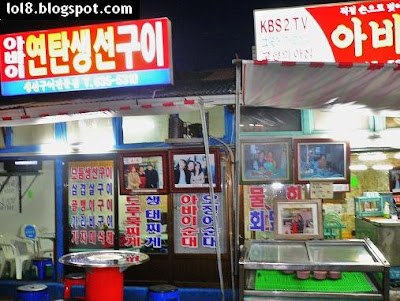 And more shops. I only wished I had time to drink soju and eat their street food in these little joints. 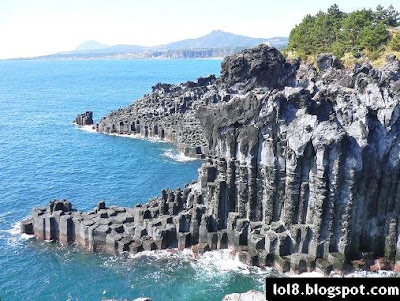 The clear blue waters with the contrasting Jusangjeolli (rock pilars) in Jungmun Daepo Coast, Jeju Island. How I wished I could soak in the sea water there.. 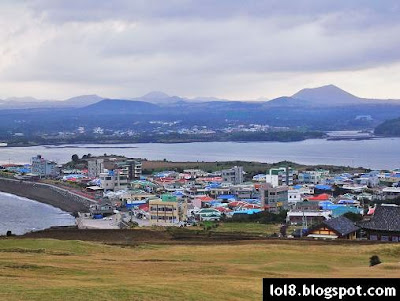 I love this shot of the fishing port of Seopjikoji with the blue seas and mountains. 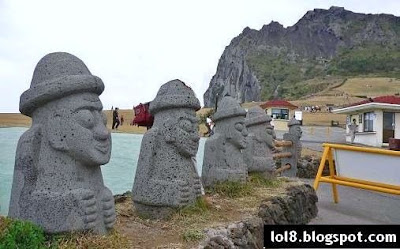 These Gods of Jeju Island, made of stones, governing Seongsan Sunrise Peak.

The dream-like Yongpyong Resort early in the morning 7 o'clock. 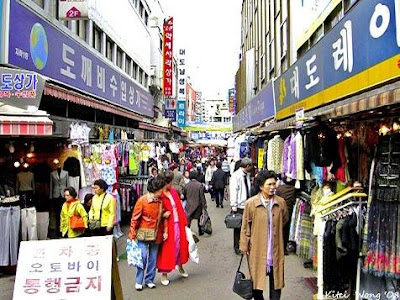 Sadly we had not much time to shop throughout the entire trip. We were at Dongdaemun, Itaewon and Namdaemun but given only 30 minutes to shop at each place. How to shop??! 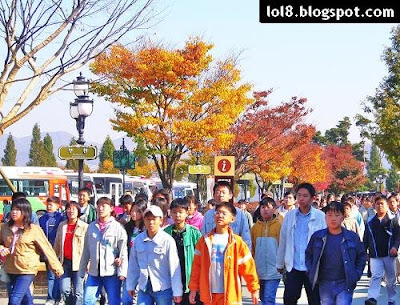 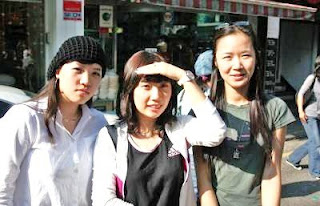 I must say the Korean teens and young adults, boys and girls, were mostly above-average good-looking (with or without help from the doc). And they were well dressed. 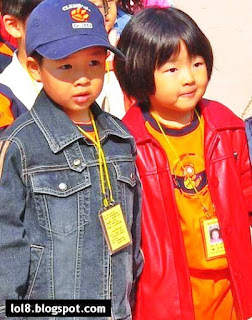 This pair of kids were so adorable. 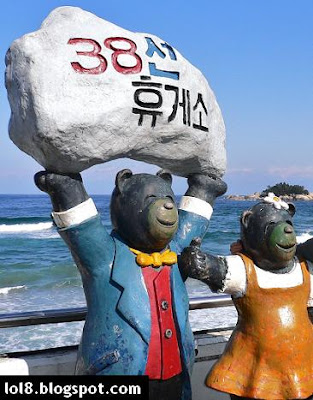 The border between North and South Korea has a nice coastline. How nice if I could catch a glimpse of Kim Jong-Il at the other side and get his autograph. Hehe. 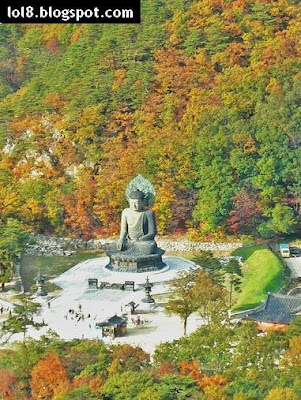 A lovely huge Buddha sitting at the feet of the exhilarating Mt Sorak, with the splendor of Autumn. 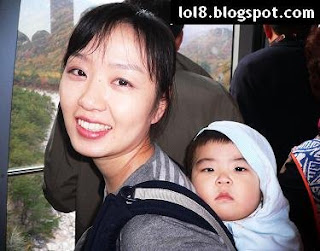 A special stranger I got to know on the cable car ride to Mt Sorak, and her chubby baby boy, Hyun. I noticed her because she was carrying her precious load behind her back and climbing Mt Sorak alone! Admirable! She even sent me photos of Hyun after I came back from Korea. I too sent my snapshots of her by email. 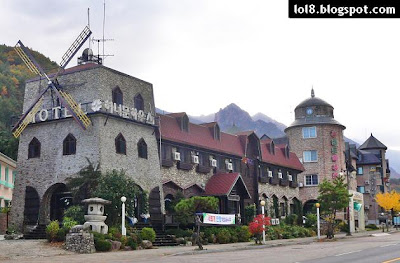 Passed by this hotel .... reminded me of Europe. 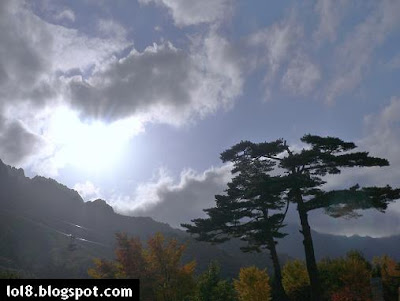 Think this was the sunset, misty and cool. 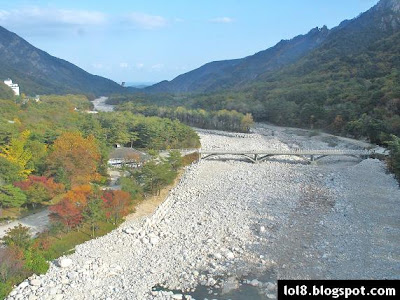 The river that hath runneth dry, the stone bridge has become a white elephant somehow. 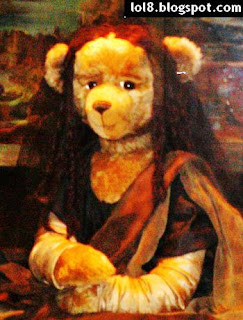 You know who this is, right?..... from the Teddy Bear Musuem in Jeju Island. 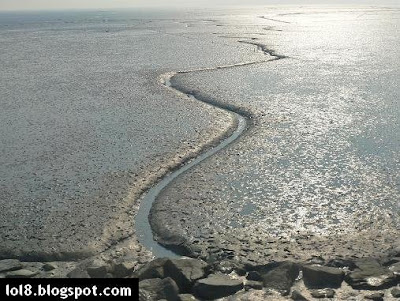 My last photo of South Korea .... on the way to the airport... I just like this shot so much. Goes to show we can take nice photos of anything, no matter how insignificant they are. 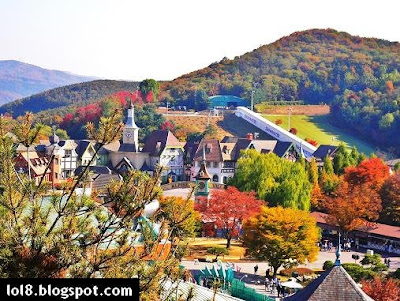 A beautiful season to visit South Korea, with beautiful memories.
Kamsa-hapnida!!! Even "thank you" in Korean sounds like "kam sia" (thank you in Hokkien). 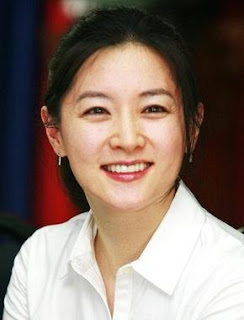