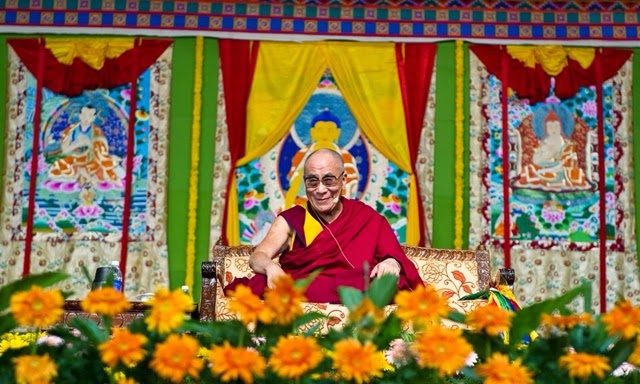 His Holiness the Dalai Lama once said,

"The best gift for me on my birthday is ... please keep your own mind, your own heart more compassionate..... seriously and genuinely concerned for others' well-being.... with that motivation, serve others, help people and also animals. If you do not have the opportunity to serve others, then at least restrain from harming them. So, all my friends, brothers and sisters, please keep in your mind for the rest of your life, (to have) a more compassionate life. Then that's the best present on my birthday."

Today is His Holiness the Dalai Lama's 79th birthday. Today is also my birthday too. Today I remember a dream I once had of His Holiness. 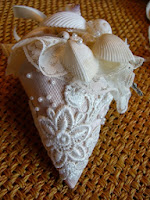 In the dream, I was in the courtyard is a temple, where many monks and lay people were busy running about. Then somehow a voice told me to make something to offer to His Holiness the Dalai Lama. I was told that by making that "something" I would be accumulating lots of merits. In the dream, I was quite excited and happy, because firstly, I was going to meet His Holiness, secondly I was going to make something for him, and thirdly it was a merit-making opportunity!  However I had absolutely no idea what to make from scratch.

Then all of a sudden, 'poof' ! And in my right palm appeared a small white sachet. Instinctively that became the offering I was supposed to offer. Then just as suddenly, His Holiness the Dalai Lama appeared about 2-3 metres in front of me, followed by a monk.  Immediately I bowed my head and put my palm together.  His Holiness smiled brightly as he walked towards me and stopped by my side. I opened my palm to show him that sachet offering. Then His Holiness was talking to me about something, I heard his voice and I could not recall what he said. After he finished talking, he took the sachet from my palm with his right hand.  When he opened his right palm again, instead of the plain looking sachet, there appeared on his palm, was a small statue of Guru Rinpoche !!

I was stunned and amazed as His Holiness put the statue on my palm and whispered something into my ear. The statue of Guru Rinpoche was small and very colourful indeed and very very exquisitely beautiful. Then I woke up.  I always remember this vivid dream. Perhaps that explains why I always have a particular affinity and connection with Guru Rinpoche and that is why I love him so much.

This was the best birthday gift, albeit in a dream.