Everyone who knows me knows that Parkway Parade is my playground because it is quite near to where I stay. Parkway Parade has everything under one roof that I need - supermarkets, hawker food, restaurants, department stores, book stores, banks, everything.... just short of a cinema and it would be complete. 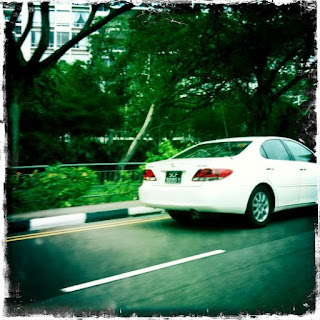 The drive to Parkway Parade is always quite nice as I pass by the Mountbatten stretch, Tanjong Rhu or Katong or sometimes the Joo Chiat area, all different ways to get there. You see mostly private houses or condos along the way. 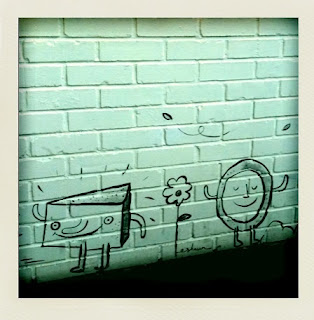 There's a new kid on the block in Parkway -Toby's (The Dessert Asylum) - where you get pizzas, burwiches, pastas and desserts. I was attracted to this mural on the wall of its bar counter. It's a relaxing cafe to have a chit chat with a friend or two, compared to the ever crowded Starbucks or Coffee Bean and fast food joints. 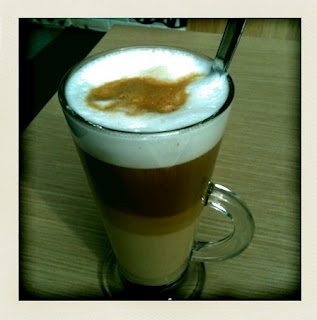 I have had their fantastic Fish & Chips before. On other days, it was just desserts or snacks. One thing is a must, a cuppa of hot Latte to chase the mid- afternoon craving away. 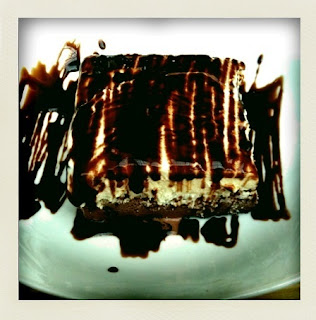 As I was vegetarian for that day, I didn't order anything savoury. Just tried this mudpie whose name and the real thingy itself are equally a mouthful - To-by Or Not To-By Mudpie With Rum & Raisins Ice Cream and Oreos. Utterly sinful but oh so good, with the mildly addictive taste of the rum. It doesn't look as good as it tastes and it's not too sweet for my liking. Must try out their pizzas, pastas and other stuff soon.
yours truly, STUMPBO @ 9:39 am