According to the Tibetan lunar calendar, today 23 March 2010 is Naga Day.

What is a Naga? The nagas are one of the 8 kinds of supernatural beings who are said to revere and protect the Dharma. Nagas are a kind of long-lived serpentlike beings with miraculous powers or in chinese they are 海龙王 and 蛇精. They mostly live in the depths of water and are supposed to control the weather, especially rain.

Naga is a Sanskrit word for snake. In Buddhist writings the term is used for unseen beings associated with water and fluid energy, and also with persons having powerful animal-like qualities or an impressive animal with human qualities. Nagas in Buddhism are also seen as protectors due to the story of when the Buddha was meditating and it began to rain; a Naga came up behind the Buddha and unfolded its seven-headed hood over the Buddha so the rain would not disturb him. 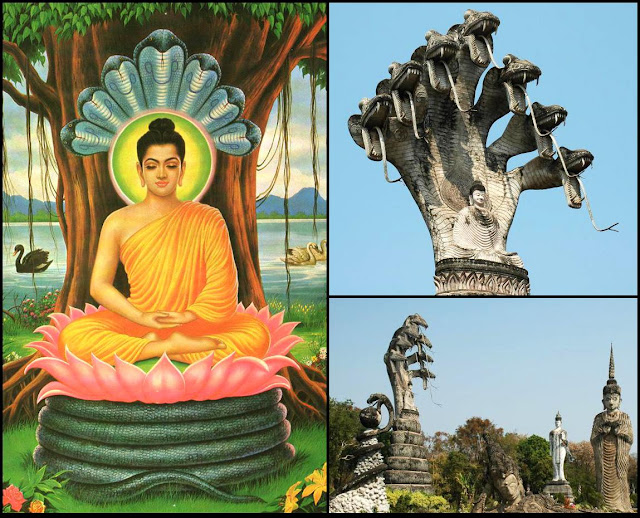 When humans have unknowingly incur the wrath of the Nagas (by hurting them or hurting the livelihood of the underwater world such as fishes, turtles, crabs etc...), sometimes humans fall seriously ill, some get inflicted with cancer, some especially get skin diseases, or other diseases. And at worst, when humans cause harm to the sea creatures in the underwater world by hurting and/or devouring them, the Nagas may wreak havoc which resulted in the form of natural disasters we encounter, such as earthquakes, volcanoes, and tsunamis. Hence the Nagas need to be placated. 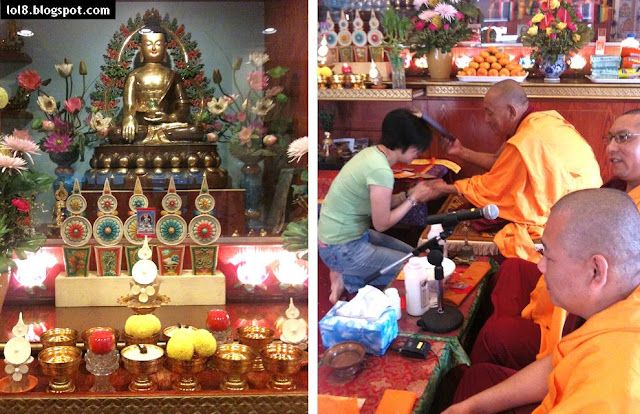 Because of this special day, DPL conducted a Naga puja to benefit everyone, as it is not any day that this puja could be conducted.  Today on this particular day, the Nagas are expected to be very active. Just early this morning, I read news of a 5.9-magnitude earthquake that had rocked the northern Philippines at 3.58am.

And this entire morning, it was raining heavily. It is said to be very auspicious to have rain during the puja. It shows that the Buddhas, deities and Naga beings are very happy with the prayers and special offerings. The heavy rain stopped just before the puja was completed at 12 noon and the sun came out shining brightly. This was an auspicious sign. 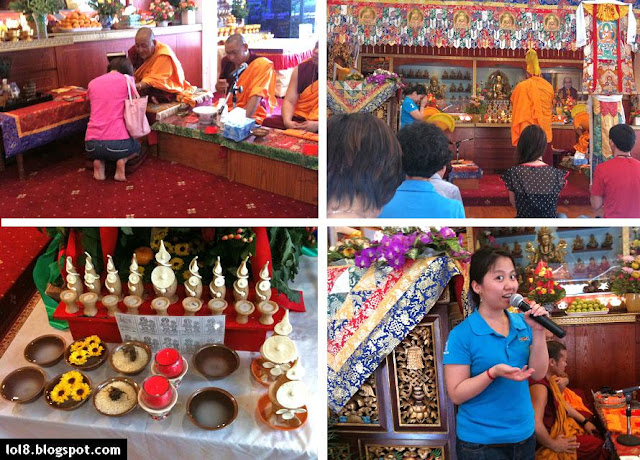 The benefits of participating in the Naga Puja include:
1. Obstacles & sicknesses will be eliminated, one will have good health & wealth.
2. One will always encounter good friends and spiritual masters.
3. Good harvest of the five grain.
4. Accomplish one’s Dharma practice without obstacles.
5. Bring happiness, peace and harmony to one’s family and home country.
yours truly, STUMPBO @ 11:55 pm