Last afternoon, I had a very late lunch at 4pm with a client in Sakae Sushi. Since it was a late lunch, I killed 2 birds with one stone. It was my early dinner as well.

To be frank, I've never really fancy sushi, so I was not even interested in their sushi buffet during lunch hour. To me, sushi is too filling after just a few pieces with the sticky rice and all.... I had rather order ala carte items which come fresh and piping hot compared to the little colourful plates of sushi on the conveyor belt. For that matter, I do not like to use their DIY computerised menu ordering either. I just prefer to order from a human being. 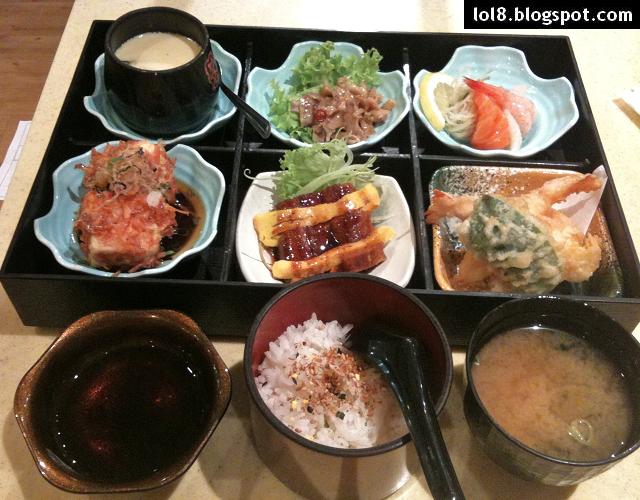 There are plenty of ala carte items which seem interesting enough, from bentos to donburi to udon to ramen, to teppanyaki to nabemono (steamboat) to yakimono to temaki and plenty of side dishes. Was lost for choice. I ordered the Deluxe Bento in the end. It looks huge, isn't it? 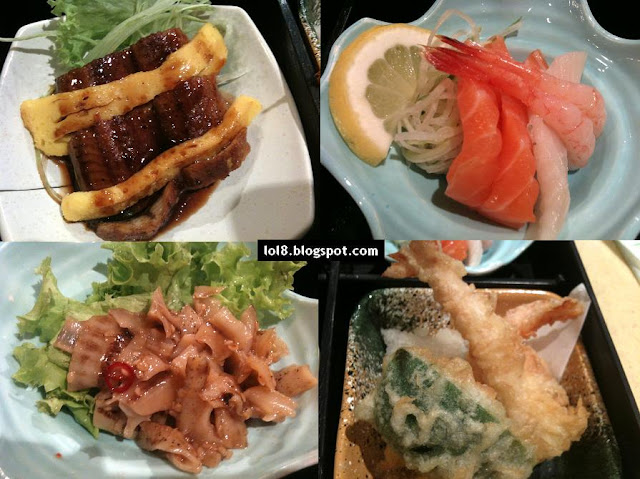 Here is a closer look at each dish in the Deluxe Bento. From clockwise, Unagi with strips of Tamago egg, assortment of Amaebi (prawns), Salmon and Ika, Chuka Hotate (I always like the chewy texture), and Tempura Prawns and Veggies. While all of the above items tasted fine, I am particular about tempura and the flour and it can be improved. 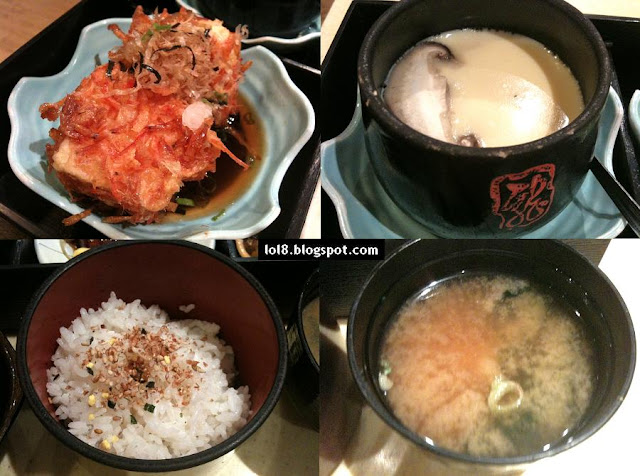 Fried Tofu coated with soft shell crab bits, Chawanmushi, Rice and Miso Soup. It was a huge portion and it was value for money at $17.99.
yours truly, STUMPBO @ 1:16 pm

Email ThisBlogThis!Share to TwitterShare to FacebookShare to Pinterest
Categories Cafe/Restaurant