Since I am currently on a vegetarian diet, I am always on the look out for nice vegetarian stalls or shops. I am not really a salad person, so I still prefer local food as far as daily meals are concerned.

I have visited this stall, Onn Vegetarian, in a Upper Boon Keng coffeeshop many times and tried almost all the items. There is quite a variety of rice and noodles dishes but they do run out pretty fast by late afternoon and they are closed on Sundays. 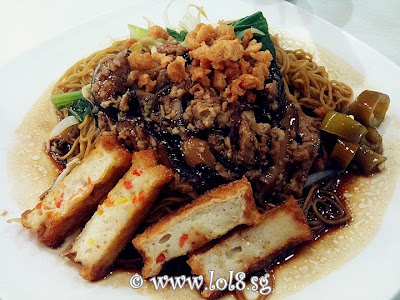 Bak Chor Mee - this is one of my favourite because seldom can you find a vegetarian stall selling this vegetarian version of Singaporean minced pork noodles elsewhere. Their version of crispy 'pork lard' was good and the noodles were bouncy and well mixed with the sauce and generous portions of mushroom, minced 'pork' and fried beancurd tofu. 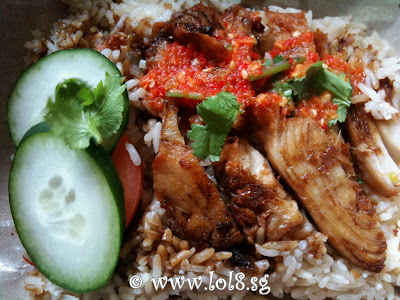 Chicken Rice - I was surprised that their vegetarian chicken rice is actually quite good, almost the same as the real thing, from the rice to the 'chicken' meat. One integral thing was they added a black sauce similar to black soya sauce and chilli which gave the dish the necessary kick. 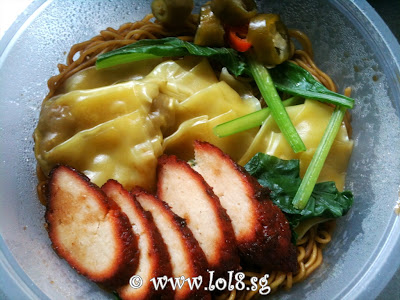 Wanton Noodles - my father was so taken with their wanton mee that he said, "假到很真!" (almost identical to the real version). I am more particular when it comes to Char Siew. Theirs look nice and authentic but with a slight rubbery taste still. 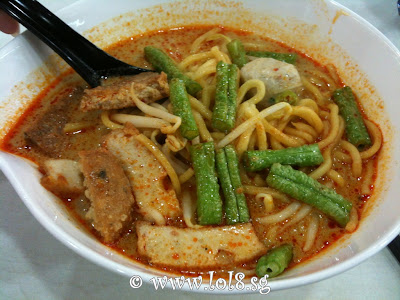 Curry Noodles - they added a lime to this dish.  The gravy was light and not so 'lemak' (heavily accented with coconut). The only difference from the usual curry noodles is that they added long beans and lots of vegetarian fried beancurd items. They did not need to add mock chicken, which was quite a relief. 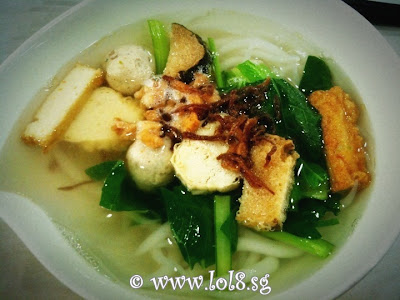 Mee Tai Mak - a very light soupy meal with the usual culprits of vegetarian ingredients. I wished they had given real chinese mushroom or enoki mushroom though.  One saving grace was they were generous with the green veggies. I tried their dry version too, which was well mixed with dark sauces and ingredients from Bak Chor Mee, although it was a little too oily. 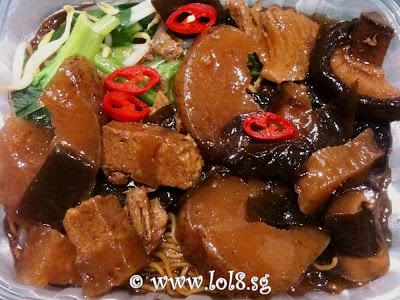 Braised Sea Cucumber Pork Noodles - this was my favourite and they serve it only on special days.  There were mock sea cucumber and pork belly with big portions of chinese mushroom. The slightly starchy sauce was indeed well braised and permeated the noodles.  I love the taste so much that I did not really care for the mock sea cucumber. With the 'pork belly' and mushroom alone, this noodle dish was complete.