Earthlings - Biting the hands that feed us

In response to a food posting earlier, a reader sent me a link to a  grim gruesome full length documentary movie, Earthlings (see below). I know where he/she is coming from and the  message he/she is trying to convey. The subject stems from the core concern of animal rights, the humane treatment of animals and adopting a vegetarian/vegan diet. 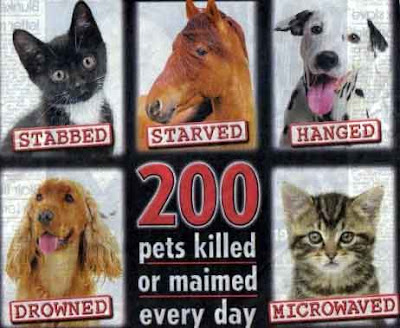 From the religion point of view, it also stems from a basic precept in Buddhism that is non-harm, Ahimsa, a Sanskrit term meaning to do no harm, no violence. According to Buddhist belief, there is no fundamental difference between a human and a non-human animal, therefore if humans are important, then so are other animals. Buddhism teaches compassion towards all beings without species discrimination.
Most westerners assume Buddhists to be vegetarians, especially in Asia where the majority are Buddhists. But unfortunately in many countries, this is not always the case, and this includes monks. However in recent years, attitudes are changing and conscientious efforts are on-going. Bringing awareness and education is the way to change, slowly but surely.
On a personal level, although I am not a full time vegetarian yet, I am making an effort to cut down on meat. I have not been taking beef for 6 years, I do not eat exotic food which comes from animals facing extinction, I go vegetarian for a certain length of time (ie. 100 days) and I have been cutting down on pork and seafood as well.
If you have been following my blog, you would have noticed my entries are largely about Buddhism and Food Reviews in general. While I am passionate in sharing about Buddhism and my experiences, I also have an interest in Food, being a typical Singaporean and being easily exposed to all sorts of international cuisines here. Hence, the irony of both topics. I would like to remain honest in sharing my experiences, instead of lying about something which I am not in an enviable position of yet. Slowly, but surely. 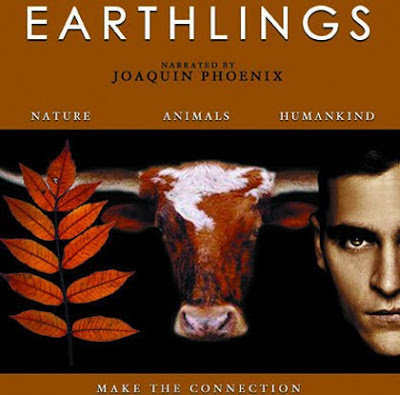 Now this movie, EARTHLINGS, is a feature length documentary about humanity's absolute dependence on animals (for pets, food, clothing, entertainment, and scientific research) but also illustrates our complete disrespect for these so-called "non-human providers." The film is narrated by Academy Award nominee Joaquin Phoenix (Gladiator) and features music by the critically acclaimed platinum artist Moby.
With an in-depth study into pet stores, puppy mills and animals shelters, as well as factory farms, the leather and fur trades, sports and entertainment industries, and finally the medical and scientific profession, EARTHLINGS uses hidden cameras and never before seen footage to chronicle the day-to-day practices of some of the largest industries in the world, all of which rely entirely on animals for profit. Powerful, informative and thought-provoking, EARTHLINGS is by far the most comprehensive documentary ever produced on the correlation between nature, animals, and human economic interests. EARTHLINGS cries to be seen.

This is the full movie.  Whether you are an animal lover or not, whether you are a vegetarian or not, no matter what religion you adopt..... if you have the time, I highly recommend you watch this. Watch it and tell me if you do not feel anything.  What goes around, comes around. 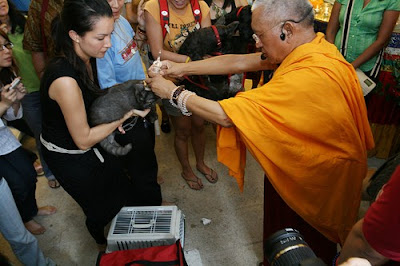