In Twitter, a few tweeple have been tweeting and retweeting a recent blog post by Alex Hofford, a photojournalist whose work centers around environmental issues.

Alex in his blog entry, captured the below photos on a street in Hong Kong.

Shark fins were laid and left on the open ground to dry, and there were thousands of them lining the entire street.


Imagine the number of sharks whose fins here were brutally chopped off and the sharks who are still alive and left to die in the ocean. Outrageous.
Sharks have lived in the world's ocean for over 400 million years. But now it is under severe threat of overfishing. In some parts of the world, its population has declined by 90%. The major cause of this is the increasing demand for sharks fin soup.  When sharks are captured, only the fins are cut off and the rest of the shark, often still alive, is tossed back into the ocean like rubbish, to die. 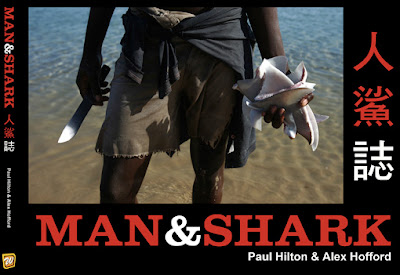 Have you ever wonder why we are experiencing so many natural disasters like tsunamis, earthquakes? The main cause of natural disasters is when we humans agitate the natural environment in the seas, injuring the sea creatures as well as other co-habitants. Destruction of nature and its natural resources results from ignorance, greed and lack of respect for the earth's living things. And due to this, our future generations will be greatly affected if we do not stop causing harm to the earth. Earthquakes/tsunamis are the reaction, a cry from the earth.
His Holiness Dalai Lama explains: "We need to consider how our actions, in affecting the environment, are likely to affect others. This is often difficult to judge; but it is clear that we are the only species with the power to destroy the earth. Birds and insects have no such power, nor does any other mammals. Yet if we have the capacity to destroy the earth, we also have the capacity to protect it. I believe we have an urgent responsibility to do so."
So help make a difference today and protect our oceans and our sharks. Please steer clear of shark's fin soup, there are many alternatives. Remember, it is only when the buying stops, the killing can too.
yours truly, STUMPBO @ 3:08 pm