Will you eat me?

In today's Sunday Lifestyle, under the Foodie Confidential segment, the Straits Times did an interview with Dynasty Travel's chairman, Perry Neo. When asked, "what are the more exotic food you have tried?", Mr Neo replied.... 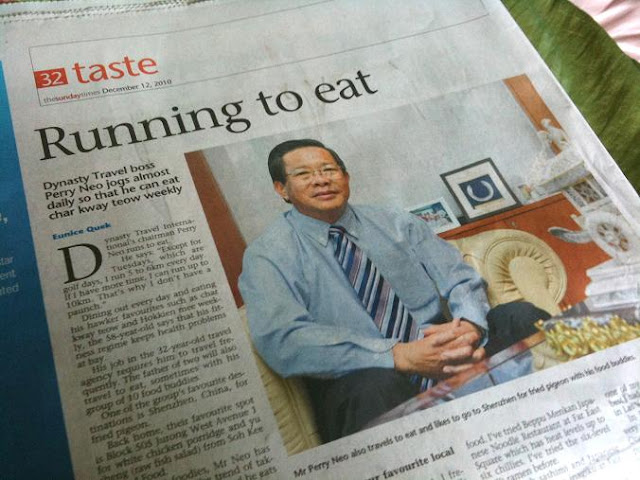 "In a restaurant in Guilin China, I tried this fish called "Wa Wa Fish". It is actually a white salamander which looks like a fish with legs. It cost me about $500 for the fish which was fried with ginger. I regret eating it because when they showed us the live fish, it was crying like a baby, which is how it got its name "wa wa".  The crying really got to me and I had the image of a real human baby when I ate it. I just ate a piece and cursed myself."

After reading this paragraph, I was a little affected that I had to blog about this. I felt sad and filled with remorse (and being sick at this moment did not help).  I went online to search and to see how a salamander fish looked like. It looked like Pokemon, with eyes, mouth and legs. In fact, it looked quite cute. To imagine killing this poor fella alive, still crying, would you bear to eat it? I am glad that Mr Neo paid for a lesson and did not proceed to finish eating the whole fish, but the damage has already been done.


Being curious, online I also found that a shop in Osaka Japan specialises in serving a variety of bizarre exotic dishes, among them the speciality deep-fried salamander which was called Wooper-Looper in Japan.  They also serve "Deep-fried Frog", "Deep-fried Alligator", "Alligator Sashimi", "Steller Sea Lion Steak" and "Kangaroo Steak".

Here was how the above salamander fish looked like after being deep fried. 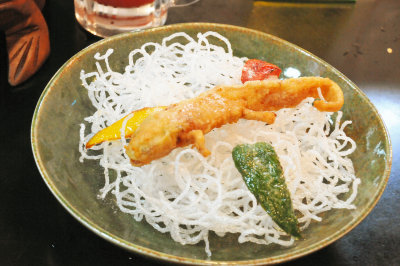 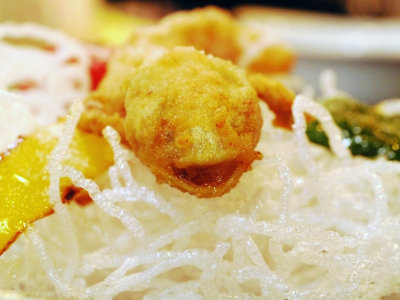 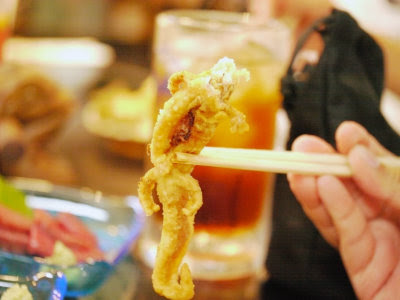 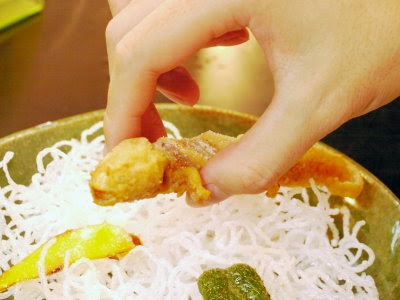 Would you bear to eat this?


Throughout the years of being a Buddhist (especially after becoming a Tibetan Buddhist), I have witnessed and realised so much suffering of both humans and animals. Although I am not a full-time vegetarian yet, I have gradually found myself leaning towards lesser and lesser intake of meat. I have not touched beef for about 6 years now, and I certainly do not take endangered /exotic food (animals) which are killed alive cruelly. Recently, I found myself abstaining from  even the "normal" fish and meat dishes too. Usually I would take a mouthful and stopped.

This is because every time I am about to eat meat, I am reminded of what my root guru, Lama Zopa Rinpoche, and so many other gurus have taught and mentioned again and again.  I am reminded that all beings  (including the animals who have been killed and served as our food) have been our mothers in other lifetimes. But ordinary people like us do not recognize them as such, and that is why we are able to kill them. Because our mothers and fathers, our brothers and sisters, our children, our friends of the past who were so dear to us and here they are again, in front of us as food, would we bear to eat them? 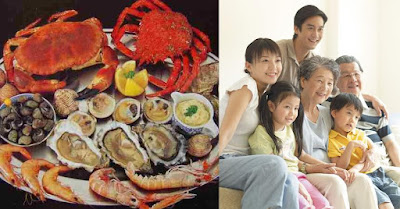 Lama Zopa Rinpoche said, "It’s best to avoid eating meat... out of compassion. Before eating the meat, think of where it came from, through cutting an animal’s neck, against its will, and how much suffering the animal experienced. After thinking about that, you can’t eat the meat! Meat may be nice for the person eating it, but not for the animal who suffered so much and didn’t die naturally. You can say prayers for the animal that was killed, but if you eat the meat you are still playing a small part in the death of the animal. If everyone stopped eating meat then no more animals would be killed for that purpose."


Just as no pleasures can bring delight
To someone whose body is ablaze with fire,
Nor can the great compassionate ones be pleased
When harm is done to sentient beings.
- Shantideva
yours truly, STUMPBO @ 2:33 pm