Some time ago, I had this in a food court. I think it was in Tanglin Mall.  It was Baked Jacket Potato with Cheese and topped with bacon bits and with side salad greens. It was accompanied with orange-flavoured Pumpkin Soup. I love such a light and refreshing meal which was healthy and not oily, and bursting with flavours. 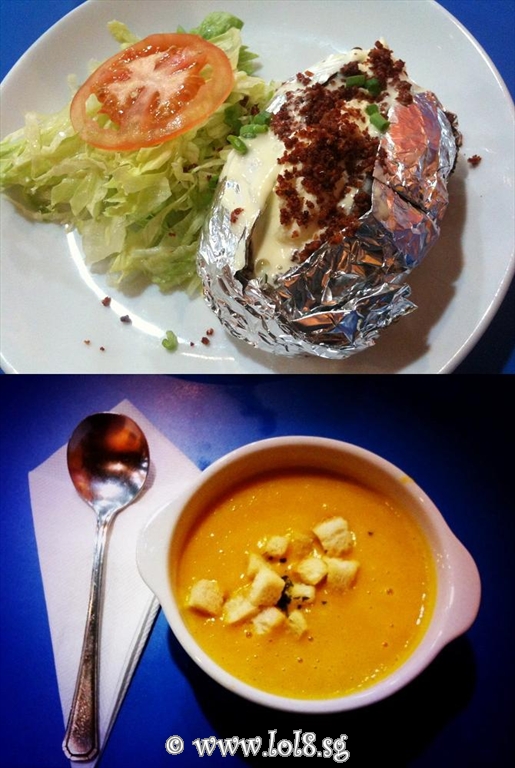 It reminded me of the yummy Baked Jacket Potato I had in a little mall in London a while ago, somewhere near Harrods.  We even managed to find cheap underwear in one of the shops too. We were roaming around doing the touristy thing. Those were the carefree days which I don't think will happen again. This is because my priorities have since changed.

Nonetheless, it was such a happy hearty meal that autumn in London.