Save the proselytising please 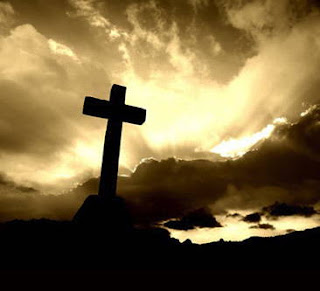 A couple of nights back, I lay awake in bed till 4am. Even though I was exhausted from a busy Saturday and needed to rest, I could not sleep. My thoughts were on a proselytising case, and this time it was from family, a relative. I was feeling uneasy and the anger refused to subside.

An aunt who is a Christian, has been trying to influence and convert my grandma, who is getting on in age and losing her memory and clarity of mind day by day. My grandma was asked to attend a baptism ceremony of a grand aunt (her sister) who also just got converted. My grandaunt has told my mom that she had no choice because all her children are Christians (what do you mean by.. "no choice"?).

Grandma was asked by the proselytiser, "are they (her other Buddhist siblings) going to pray for you after your death?".  It is ironical this coming from the only Christian in the family among her siblings who are mostly Buddhists and a few Catholics. And she had wanted to enrol grandma in a Christian day care centre (we know what all these entail). I thought that was utterly rude and insensitive, and a sneaky scare tactic to an old lady who is one's own mother, and trying to rob her of her own religion. Grandma has been a devout Buddhist all her life. Is this the way of repaying the kindness of grandma who has helped her and her family so much?  I was disturbed.

My own mom was not spared either. She was asked by aunt, "do you know WHAT you are praying to?" I suppose she meant we Buddhists are praying to stones, statues and idol worshipping (I will blog about this in another post). There are many more such incidents. I wonder in exasperation, why can't they leave others with a different faith alone?

Are those who have a different belief and non-believers in Christ, by default "possessed by the devil" and are doomed to go to hell? And by being a believer, one is definitely going to heaven? Is everything so simple and straight forward?  Heaven or hell. Disciple or devil. If I am a murderer who has killed 100 men, and on the day I was to be executed, if I were to accept Christ, I would still be going to heaven? According to Buddhism, we very well know this would definitely not be the case. This is because everything is dependent on the law of karma - cause and effect. We are all responsible for the SINS (we Buddhists called it 'actions') we have committed, whether the negative karma ripens this very lifetime or future lifetimes. It is very logical - we still have to answer for it. But then again, I am not going to push our beliefs onto others. So I hope others stop harassing and forcing upon us their faith.

All should be mindful not to proselytise one's own religion, whether to those at work, from home, or in the society. It is fine to propagate your religion but do not do it at the expense of derogating the other religions. The key word is mutual RESPECT. May all practise greater mindfulness of action, speech and mind.

Having said that, there are also some kind and good Christians I know. I especially respect Catholics who are mostly kind-hearted, understanding people who respect Buddhism. And this is the way it should be, everyone supporting each other and co-existing with each other in harmony.

On hindsight, one good thing did come out of that night's insomnia. I was angry but I managed to transform my anger into an even stronger aspiration/motivation to attain liberation for myself in this very lifetime. It made me realise I cannot waste any more time, I cannot wait a second anymore, I cannot delay my own liberation anymore. I need to practise hard for my own liberation and eventually enlightenment, so that I can quickly and more quickly come back to help others in these degenerated times. This is because to meet the Buddha's teachings in future lifetimes will be even harder.

When we contemplate on the fragility and impermanence of life and the suffering of all deluded sentient beings, the answer is very obvious. There is no other way we can escape from it except ceasing from cyclic existence - and that is through achieving Buddhahood. And coming to such realisations, it is such a beautiful healing process for me.


Forced to believe
Proselytizing rears its ugly head again - local university group insults Thai Buddhists and Turkey
What differentiates Buddhism from Christianity
Another place other than Heaven
Alleluia and amen!
yours truly, STUMPBO @ 1:34 am