My connection from countless past lifetimes 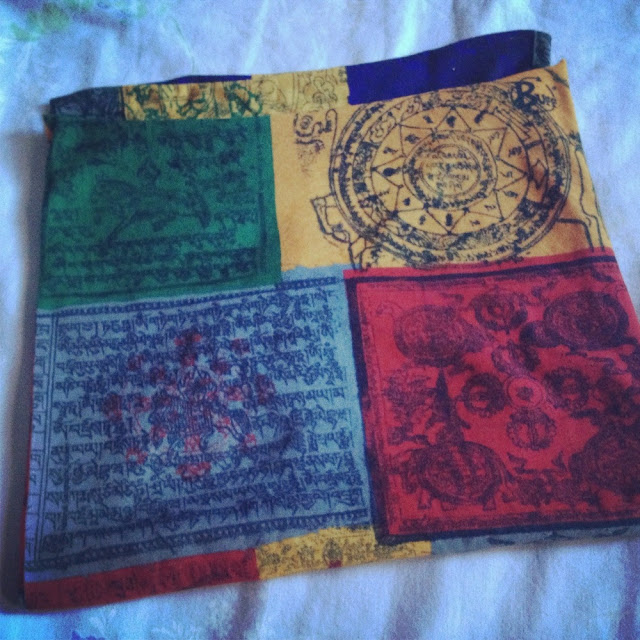 I was packing my stuff a couple of days ago, and found this lovely scarf. Or rather, it is like a bandana, which can be worn around the neck, or as a hair band or worn on the head. The most important of all, I love the prints on it, which has mantras, windhorse, vajras, wheel of life etc....  I bought this more than a decade ago without knowing the meaning of these prints.So, unknowingly, my affinity with Tibetan Buddhism in this lifetime started more than a decade ago.  I bought this scarf when I was not even a Tibetan Buddhist yet. I did not even know about the significance of all these prints until now. I just loved the colours and mystic design then.

While doing my spring cleaning, I also found a booklet of collector stamps and coins which I bought from my trip to Beijing more than a decade ago.  This booklet was stamps and coins commemorating Tibet's 'independence'. On the booklet was a coin of the Potala Palace, in Lhasa, Tibet. It is the winter palace of the Dalai Lama since the 7th century, and a symbolism of Tibetan Buddhism. Among all the booklets of China's stamps I had to pick this booklet during the trip. I just had to pick Tibet, which I knew nothing about its history then. It is only today that I realise the deep significance of it all. 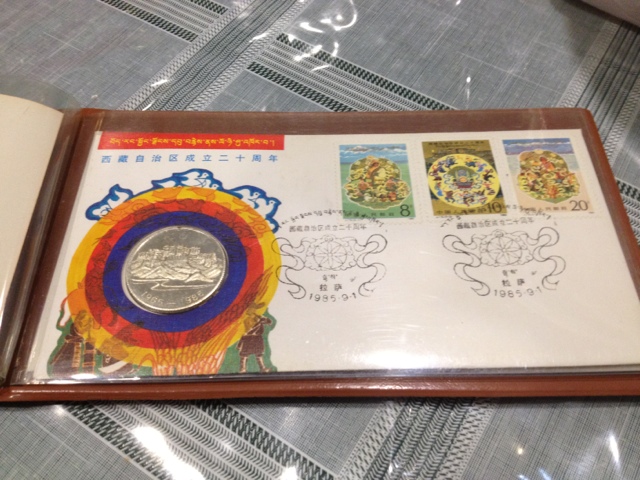 During that same trip more than 10 years ago to Beijing, I also visited Yong He Gong (The Lama Temple). I snapped a photo of a Buddha statue in the temple. It was only a couple of years ago that I realised the statue was actually Lama Tsongkhapa, the founder of the Gelugpa tradition of Tibetan Buddhism, whom I belong to today. At that point in Beijing, I did not even know who was Tsongkhapa, what was Gelugpa, and that there was such a thing as Tibetan Buddhism. I had thought I was just visiting a Chinese temple and paying respect to the Buddha (Tsongkhapa).

In the same breath, I also found a beautiful card I bought many years ago, without knowing its meaning too. It was the mandala or celestial mansion of Manjushri.  I did not know who was Manjushri or what a mandala was then. I was just attracted to its intricate design of the beautiful mandala.


I believe very deeply in affinity. I believe the seeds that one sowed in the past will result in reaping the results in this life. And I think this (being a Tibetan Buddhist) is from past life, countless past lives and in this life, I managed to make the connection again. Lucky me.