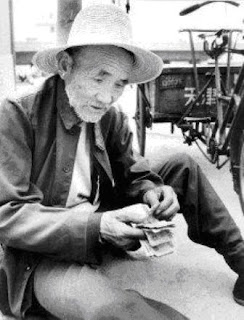 It's never too late to be a Bodhisattva.

Bai Fang Li started giving donation at the age of 74 in 1987, at an age when he was about to retire.

After a visit to his hometown, Bai Fang Li donated his whole life savings of 5000 yuan to support needy children who were too poor to go to school. As soon as he returned to Tianjin, he went back to work, even though his children persuaded their father to enjoy a more relaxing life. Bai had always regretted being illiterate. So he hoped the next generation could change their destiny with education.
What turned his life around was, when he witnessed a tiny and skinny six year old boy on the street offering his service to an older lady to carry her groceries. He saw this little boy carrying the heavy grocery bags with a lot of struggle. There was a big smile on the boy's face when he had completed his task and received some money from the lady. This boy looked up to the sky mumbling something as if he was thanking God for the blessing that he had just received.

Bai watched the boy approached several ladies who were shopping in the market, and every time he received payment for his services, he would looked up to the sky and mumbled something. Later, he saw the boy going to a pile of garbage and dug into the garbage looking for something. When he found a dirty piece of bread, he was so happy. He cleaned the bread the best he could, and when he put the bread into his mouth, it was as if it was a piece of bread from heaven. 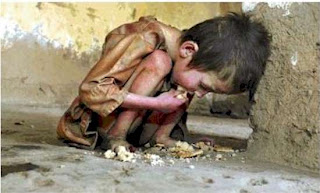 Bai's heart was extremely touched by what he saw. He approached the boy and offered him to share his lunch with him. Bai was wondering why the boy did not buy a decent lunch with the money he earned from providing services to the ladies. The boy said, "I will use the money to buy food for my siblings."

Bai asked, "Where are your parents?" The boy replied, "My parents were separating stuff from garbage everyday. However, one month ago, they disappeared and I have never seen them again. Thus, I have to work to feed myself and my two younger sisters."

Bai Fang Li asked the boy to take him to his sisters. Bai's heart was broken when he saw the two girls, 5 and 4 years old. The girls were dirty and skinny, and their clothes were very dirty. The neighbours did not care about the condition of these three children, because they were struggling to cope with their own lives too.

Bai Fang Li took these three children to an orphanage in Tianjin. He told the manager of the orphanage that he would bring all the money he made and give them to the orphanage to help the children get food, care and education. Since then Bai Fang Li decided to work harder and with even more determination in operating the trishaw.

At that time, he would start work at dawn and would not return until after dark in order to earn extra money. He earned 20 to 30 yuan each day. After returning home, he put his earnings in a place carefully. From all his daily earnings everyday, he put aside some to pay rent for his living space in a hut which he shared with many others, to buy two raisin breads for his lunch and a small piece of meat and egg for his dinner. The rest of the income was donated to the orphanage to help feed and care for the children. He was very happy doing all these, despite his age and constraints.

Later on, to increase his effort to raise more money, Bai moved to a simple room near the Tianjin Railway Station. He waited for clients 24 hours a day, ate simple food and wore discarded second-hand clothes he found.

For almost 20 years, Bai Fang Li donated continually to the orphanage (since 1986). He had never asked anything in return from the orphanage. He did even know who were the children who had benefitted from his donation.

He felt that it was a luxury that he had a place to live, food to eat and clothes to wear. He was always thankful for what he had. Bai Fang Li worked as trishaw peddler 365 days a year, regardless of the weather, even when it was snowing heavily or when the sun was scorching hot. 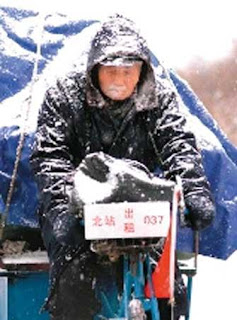 When asked why he would sacrifice so much for the orphans, he always said, "It is OK that I suffer, as long as the poor children have something to eat and can have the proper education. I am happy to do all these things."

His daughter recalls “He suffers throughout his life, saving on food and drinks, stitching his torn pants over and over again. When you throw away his old pants and buy new ones for him, not only that he does not want to wear them but he also gets angry.” When the elder peddled trishaw, his clothes, shoes and hates all did not match, as if he was a beggar.

"I had never bought any clothes before. You see, the clothes that I wear are all picked up from the clothes people threw away. Look at my shoes, they are different, even the socks inside are different! The same applies to my hat; it was also collected from dumpsites.” he said.

He picked up a bun and said to his children “What is so hard about this? This bun is the product of the farmers’ hard work. People throw it away; I pick it up and eat it; isn’t this a way to reduce wastage?”

It has been calculated that, over the years, the distance Bai Fang Li has peddled was equivalent to going round the Equator 18 times.  Somebody attempted to find the list of students sponsored by him but he only found a photograph of him with a few children, and that was the only photograph ever taken. When asked about what he expected of the children, his humble reply was “I only want them to study hard, get a good job, be a good person and to give back to the country.”

Xu Xiuxiang, one of the workers of his Education Support Fund, said: "He never forgot when to give money to the schools and often urged us to give his earnings to the school. Each time he gave the money he felt very happy and said he had completed his mission again."

At the age of 90, he brought all his savings of about RMB500 (about US$80) that he has stored neatly in a box to the school named Yao Hua that was run by the orphanage. Bai Fang Li said in a sad voice, "I am too old and weak to operate trishaw now. I cannot continue with the donation. This could be my last donation...." All the teachers in the school were touched and cried.

In 2005, Bai Fang Li was diagnosed with terminal lung cancer.  He passed away at the age of 93, in poverty. All in all, he had donated a total of RMB 350,000 (about US$53,000) to the orphanage and the school that was run by the orphanage. Hundreds turned up at his funeral. 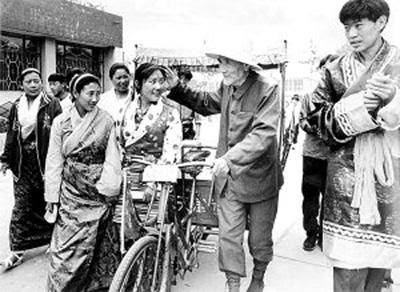 Bai Fang Li kept none of his earnings for himself. He gave his all despite being very poor. He worked hard for the benefit of others, in order to improve the lives of others. For 20 years, he has helped and provided for the orphans in their daily living expense and helped them complete their studies. What he left behind was his selfless spirit and unfailing love for mankind.  A true Bodhisattva.
yours truly, STUMPBO @ 1:38 pm