Solar eclipse at dawn 21 May, time to accumulate merits!

Tomorrow, 21 May 2012, Monday, a major astrological event unseen for 26,000 years will occur; the Sun and Moon ( New Moon) will be precisely conjunct with the important Central Star of the Pleiades, in the constellation Taurus.  This solar eclipse will begin at 4:56am (partial eclipse) to 6:06am (total eclipse) to 7.53am (greatest eclipse) to 9:39am and ending at 10:49am. 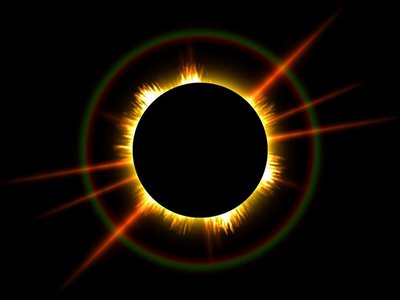 According to the scriptures, during this solar eclipse, the effects of positive and/or negative actions will be multiplied by 10,000 times, so it is the best time to create merits and to perform virtuous deeds and a great time for practice.

From most ancient cultural perspectives, the very existence of beings, seen and unseen, is felt to be at risk during such an eclipse.  In the view of the traditional medicine of Tibet, China, and India, the subtle energies of the body are diminished and so, out of compassion and concern for our world and all other beings, seen and unseen, we do what we can to help sustain them.  It is for this reason that the merit of practice is greatly multiplied during an eclipse.
yours truly, STUMPBO @ 11:36 pm