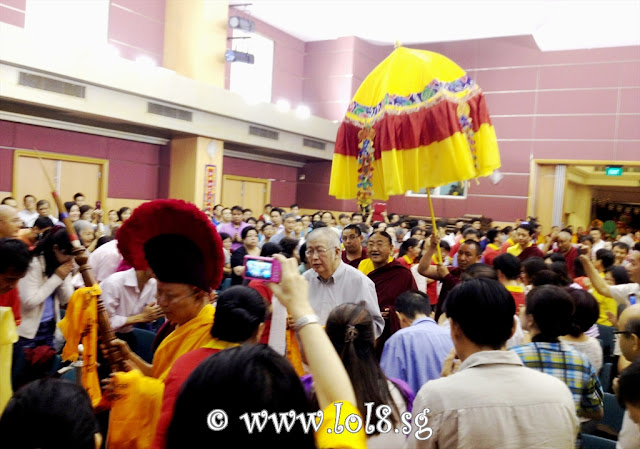 His Holiness Sakya Trizin arriving with his entourage of monks in ceremonial granduer. 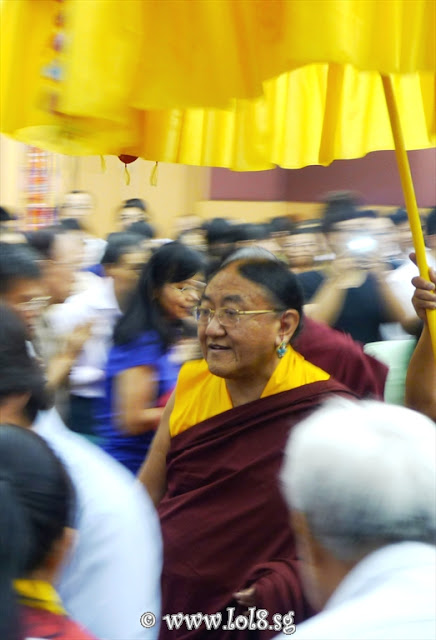 HHST as he walked past the audience. 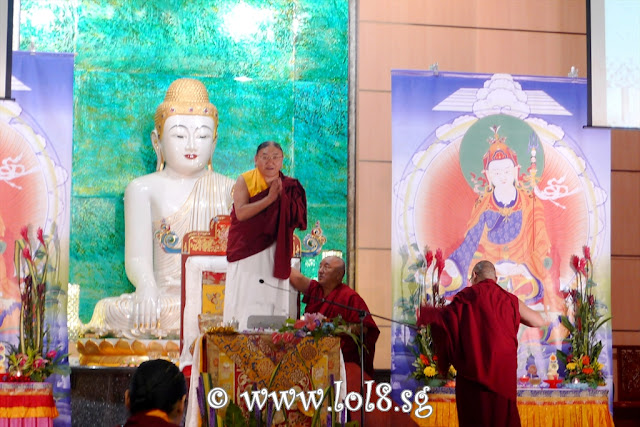 HH Sakya Trizin ascending the throne and greeting the audience. 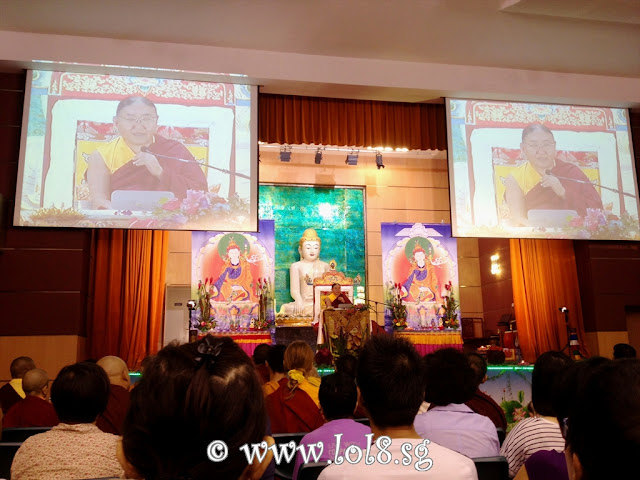 Full attendance at HHST teachings. It was such an happy event seeing so many friends from different Buddhist centres attending his teachings. 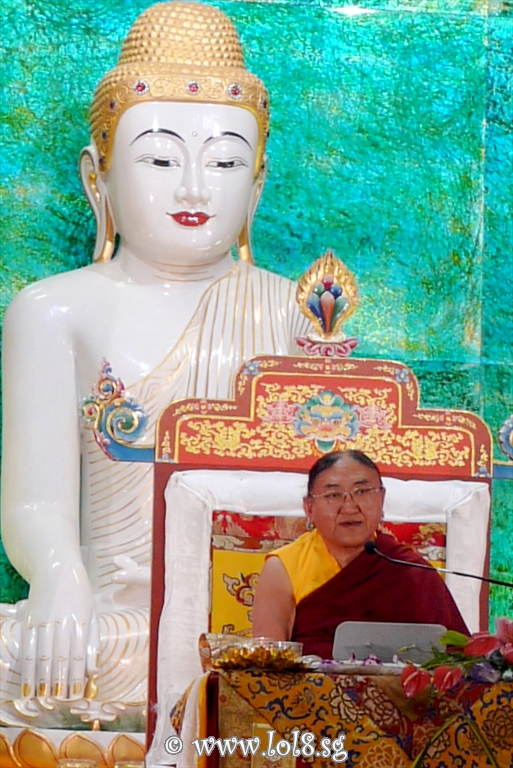 HHST gave a fantastic discourse on the entire Path, and teaching on the topic "Freeing of the Heart and Mind". 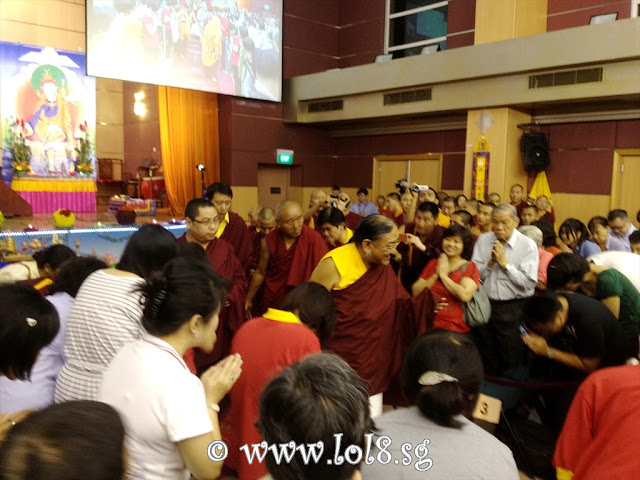 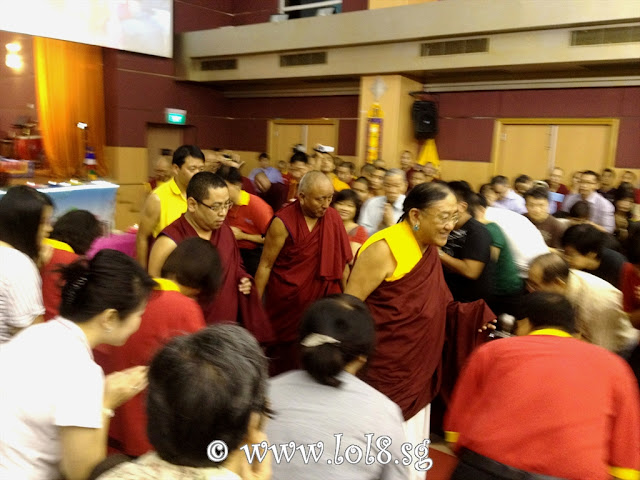 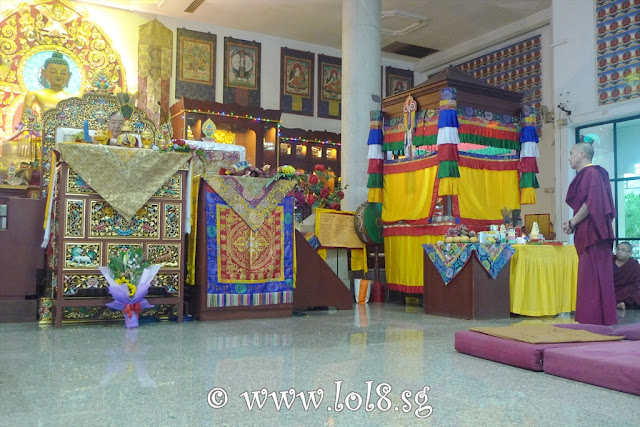 On the day of Lokeshvara empowerment, I was fortunate to be very early and managed to join HHST as he did his preliminary preparations with his monks. 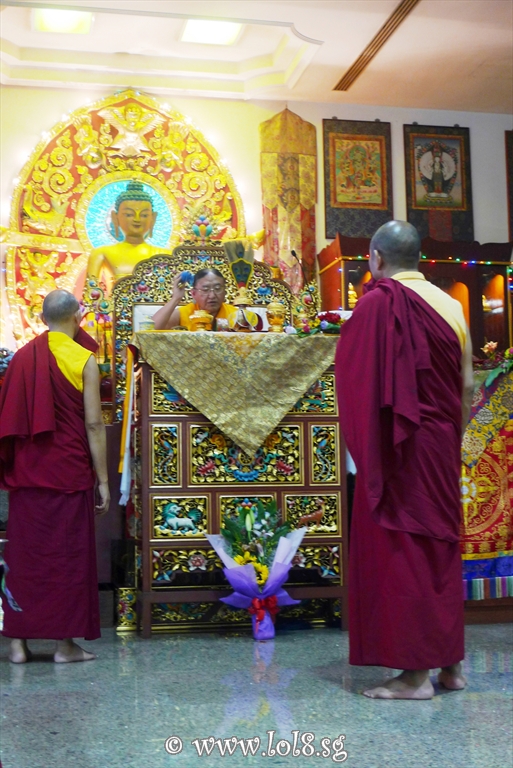 As it was also Guru Tsog day, I was also able to participate in the tsog offering given by HHST in the empty hall with a couple of friends. How fortunate! 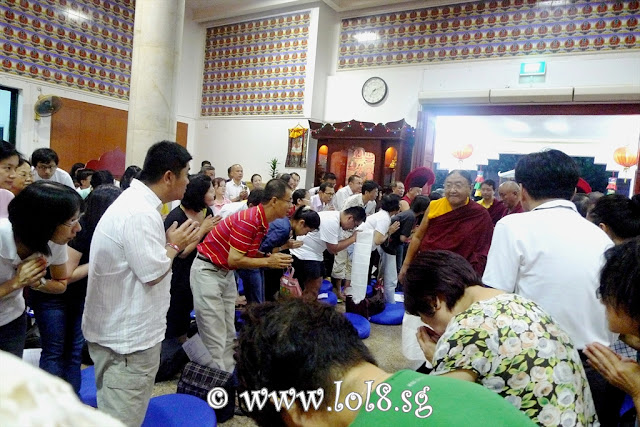 In the evening, His Holiness Sakya Trizin entering the gompa to bestow the 2-Armed Lokeshvara empowerment. 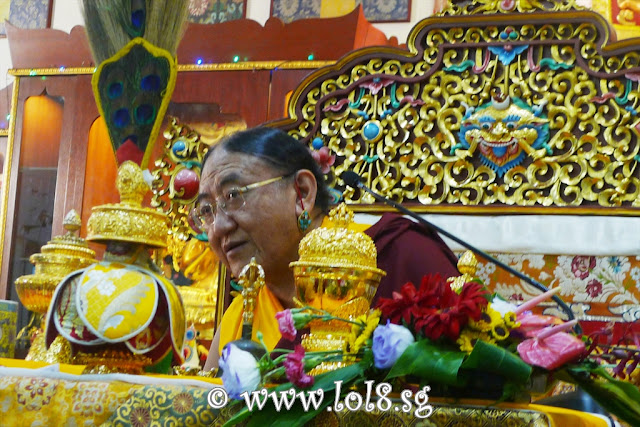 A close up of HHST as I went up to receive his blessings. 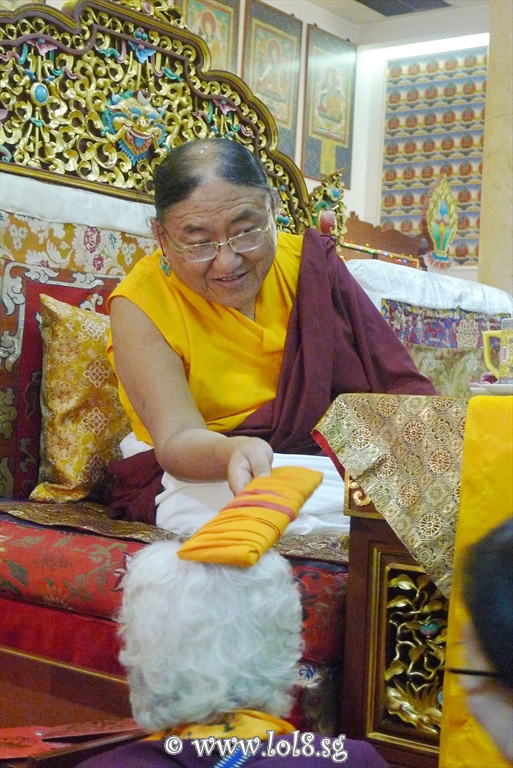 HHST was all smiles as he bestowed blessings. Again we were fortunate as it was not after every initiation he stayed back to give blessings to each devotee. 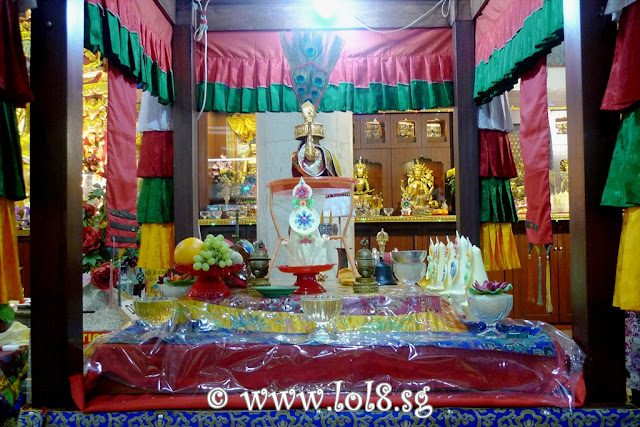 The sacred mandala of the 2-Armed Lokeshvara. 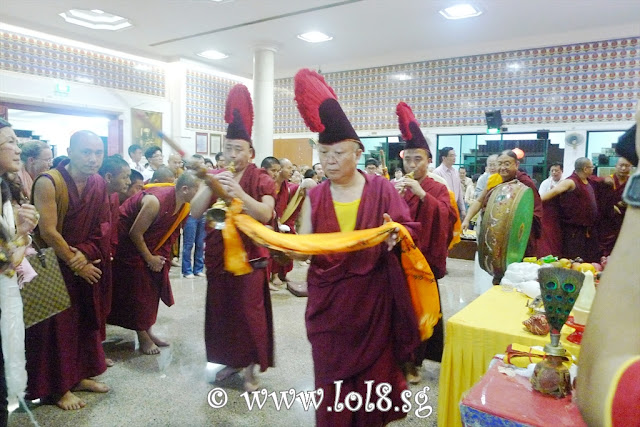 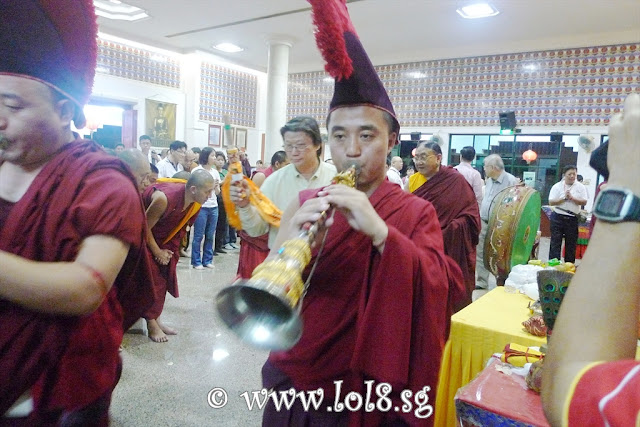 A grand send off for His Holiness. 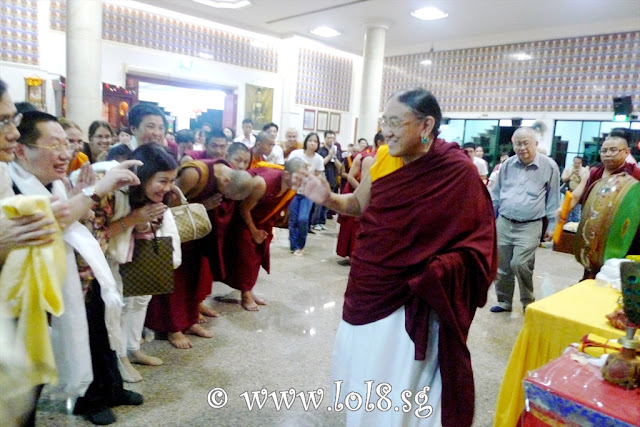 May His Holiness the Sakya Trizin enjoy a long and healthy life in order to benefit even more sentient beings. Om mani padme hum! 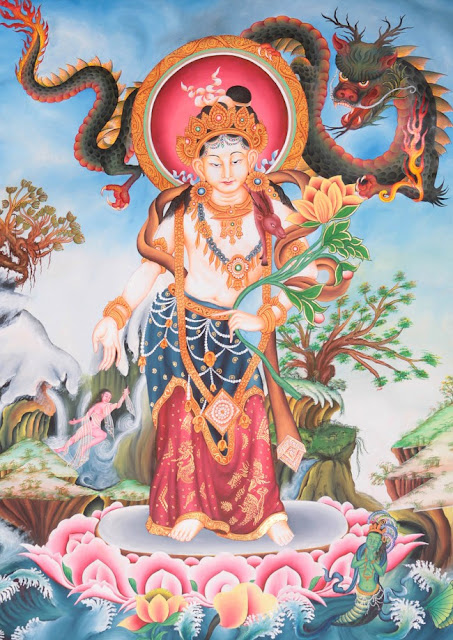 Thank you to HHST for bestowing the 2-Armed Lokeshvara empowerment.  Originally it was supposed to be the empowerment of the Mind-Resting Chenrezig, however, His Holiness decided to give this initiation instead, also another form of Chenrezig.

Above a lake, and upon a convoluted circular leaf, lotus and moon disc, stands the white bodhisattva of compassion, Lokeshvara – the ‘Lord of the Worlds’. Lokeshvara (Avalokiteshvara or Guan Yin) has a 108 different manifestations and here he appears as white Padmapani – the ‘Holder of the Lotus’. He is adorned in the five divine silk and eight jewelled ornaments; his lower robe is fashioned from rainbow-coloured silks, and across his left shoulder is draped his emblem of an antelope-skin. His right hand is extended palm-outward in the boon-granting varada-mudra, while his left hand holds the stem of a flowering lotus in front of his heart. Two auspicious dragons writhe in the upper clouds of the painting, while the foreground shows a tranquil landscape with an offering of the five sensory objects at the bottom centre.