One of my favourite gurus, the Guru of many gurus, is in town again, the second time this year! How fortunate to have one's guru visit you so often in one year. His visit is timely just when I was feeling a little down and disheartened during these couple of months. 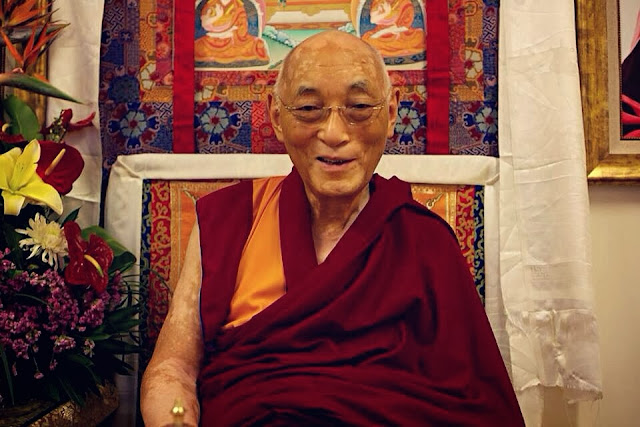 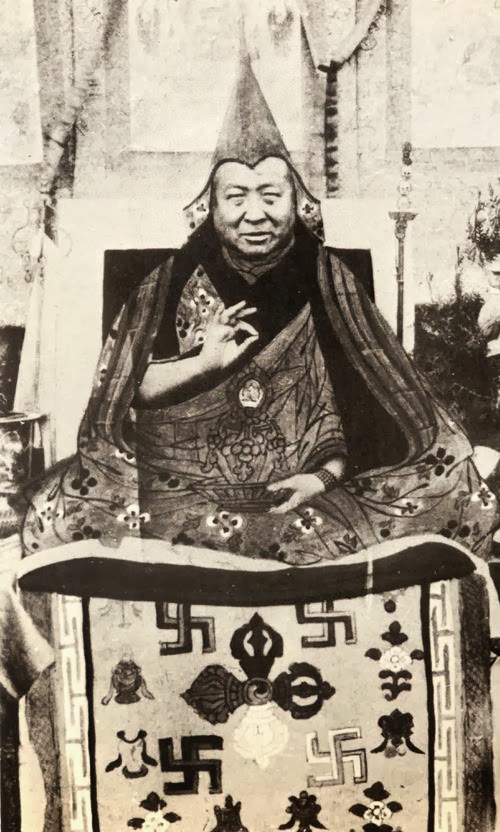 In those days, the Chinese government did not allow Choden Rinpoche to meditate even in a cave, he meditated at a tiny backroom of a disciple. He did not have anything with him, no mala, no Buddha statue, no thangka, no text etc... He practised the Lam Rim, lojong, and tantra from memory. He also ate very little, mostly absorbing the essence from the air or plants. Instead of being angry, he meditated for 19 years without leaving the room. Today, Rinpoche holds many important and rare lineages of the Buddhadharma, especially in the Gelug tradition. And I am fortunate to receive from him many oral transmissions. I believe he is the guru who gave me the most oral transmissions of many texts and mantras. 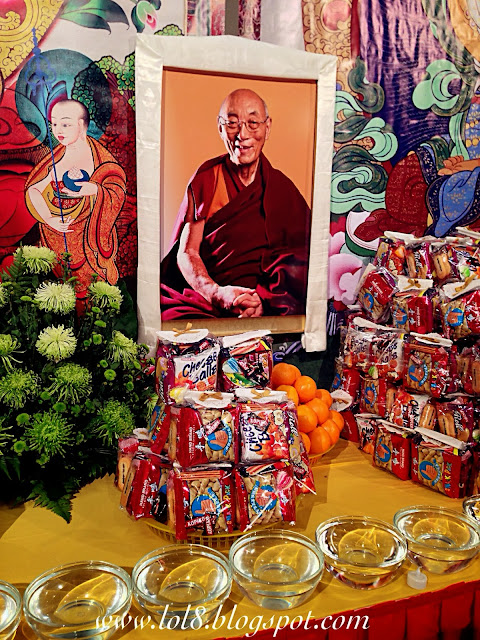 Earlier the past 1-2 weeks, Choden Rinpoche gave the lengthy (one hour) and precious oral transmission of both the Sutras and Tantric Paths. This has been transmitted since the time of Buddha Shakyamuni with an unbroken lineage. It is imbued with immense blessings as it plants the seed for us to receive the blessings of the Buddha's sutra and tantra teachings when we hear and meditate on the teachings. 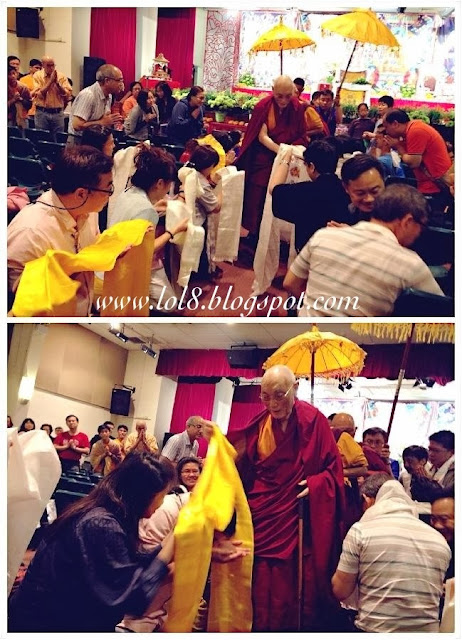 Rinpoche also gave the empowerment of the 21 Taras, the Mother of all Buddhas of the 3 times, as well as the oral transmission of each of the 21 Taras' mantras. How blessed! 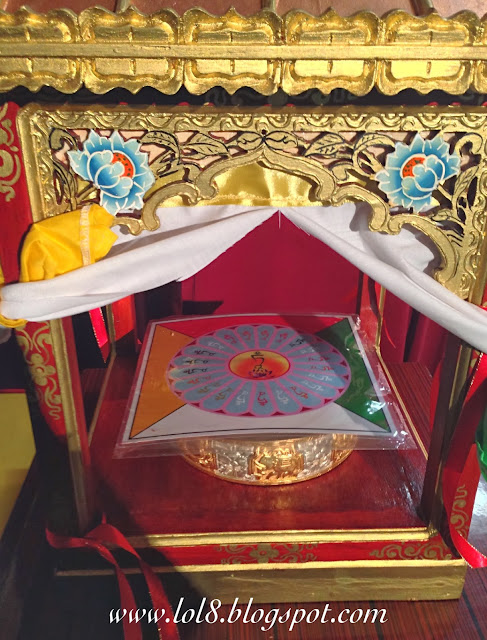 Offering White Tara and the 8 Auspicious Objects for Rinpoche's long life earlier this year. As all my gurus get older each year and some passed away, I feel I just had to request for their long life each time I see them. 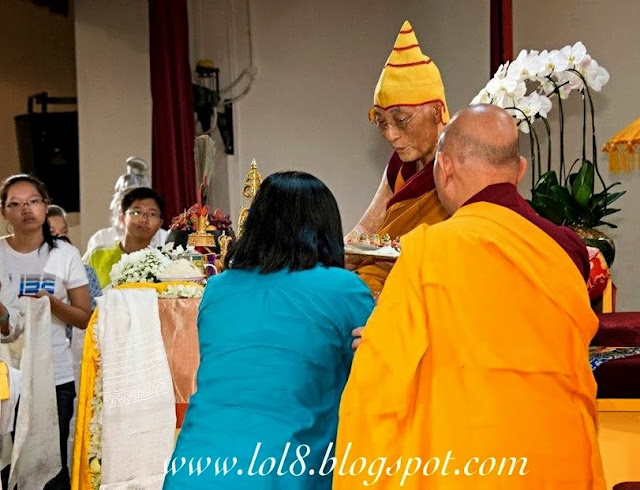 During one of his teachings, Rinpoche said, "Because of our ignorance we need to generate wisdom. In order to achieve wisdom, the supreme method is to develop compassion, as it will remove all our obscurations. Just by developing compassion, all the other qualities and wisdom will follow." 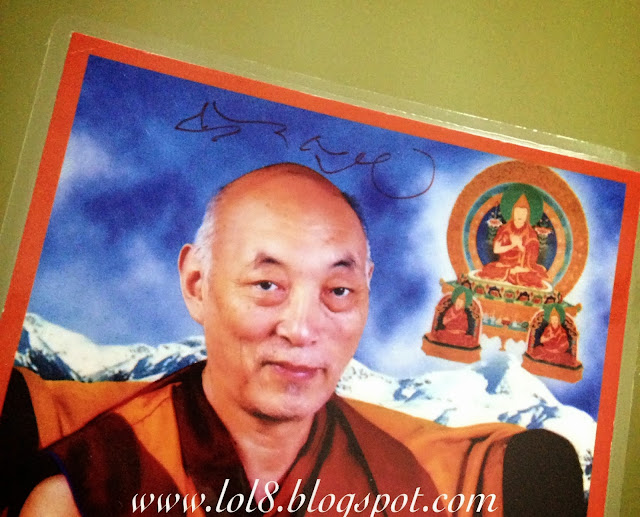 Choden Rinpoche is a very quiet master. He does not like to talk except when giving teachings. And when he does talk, his voice is deep and resonant. He reminds me very much of my another guru, the late Kyabje Lati Rinpoche. When one faces Choden Rinpoche, he appears to be huge in size with his overwhelming presence, like the Buddha. This time, when Choden Rinpoche saw me, he paused for a few minutes to bless this card of Lama Tsongkhapa together with his photo, which he gave in Malaysia a couple of years ago. And this time, he also signed his name for me as well, and spent a few minutes giving me advice and instructions. I know I am truly blessed. Blissed out!!! 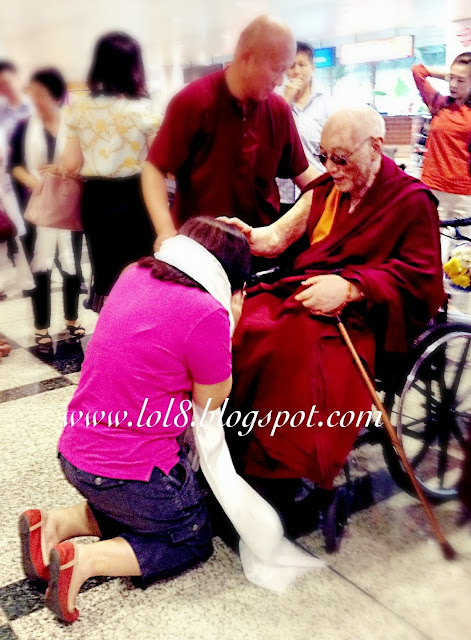 Why is Choden Rinpoche so special to me? Because he is the only guru whom I first met in a dream without knowing who he was.  Back in Jan 2010, after the dream, I had to go online to search who this Rinpoche was, who appeared in my dream and what his name was. Then I started making fervent prayers to meet him soon, by chanting his name mantra in my daily prayers.  I was elated when I finally met him when he came to Singapore in June 2011. The rest is history and I managed to receive his precious teachings. When I attended Rinpoche's event this time, I am happy when Dharma friends (newly acquainted with Rinpoche) told me they only got to know Rinpoche from this blog here. It was the same when Rinpoche visited earlier this year. Rejoiceful connections!

May Choden Rinpoche live long and come back to bestow precious teachings again and again, and may Rinpoche be my guru in all my lifetimes until enlightenment.
yours truly, STUMPBO @ 11:50 pm