"White .... is not a mere absence of colour; it is a shining and affirmative thing, as fierce as red, as definite as black.... God paints in many colours; but He never paints so gorgeously, I had almost said so gaudily, as when He paints in white."
--Gilbert Keith Chesterton [British author, 1874–1936] “A Piece of Chalk,” Tremendous Trifles (1909)

Below, I put together some of my photos which I snapped some time or another, all of which have a predominantly "white" theme, or rather, monotones...... 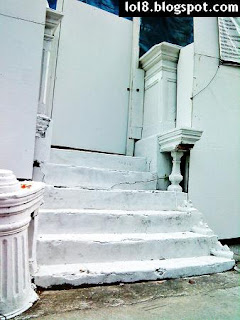 One of those reconstructed houses under going renovation along River Valley Road, although I wonder why they painted everything outside white, including stairs and dustbin. 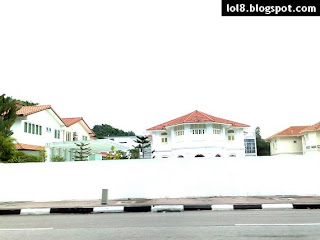 Captured by accident along Katong Road, a slip of finger resulted in an over exposed photo. Nonetheless, the white walls, white houses, and white sky are turned out pretty complementary. 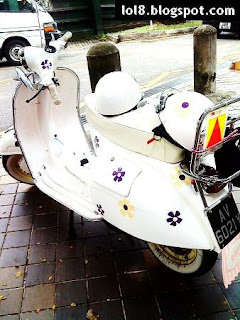 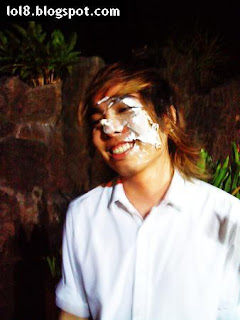 Cousin got sabotaged on his party with white cream from his 21st birthday cake. Luckily he wore white. 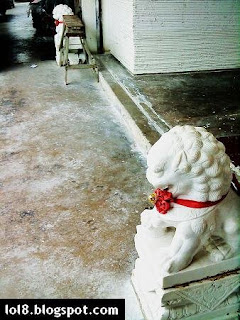 A pair of stone white Fu dogs/lions guarding a hardware shop in Telok Kurau. Incidentally the walls and plank of wood were also white. 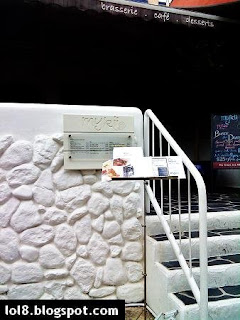 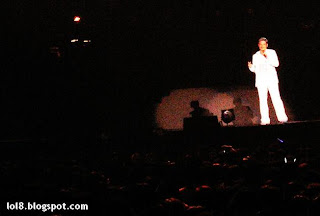 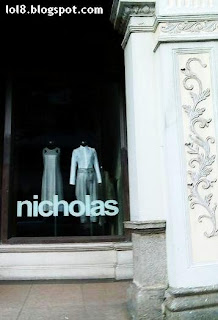 Designer shop, Nicholas, located in Stamford House in white and grey hues, both shop, clothes and the facade. 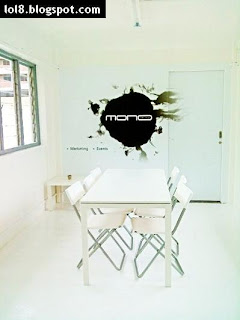 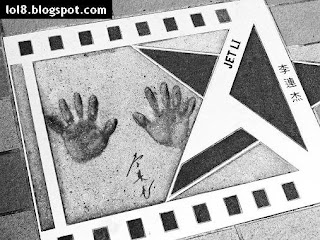 Avenue of Stars located along Victoria Harbour waterfront in Tsim Sha Tsui, Hong Kong, This is the hand prints and signature of Jet Li, cast in stone. Perhaps we should get him and Gong Li to do one for us around Esplanade, Marina Bay, now that they are  both Singapore citizens. :D 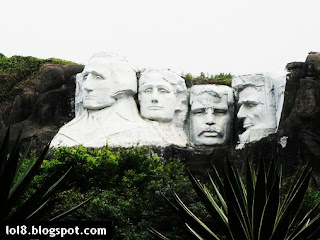 Sighted in The Window of the World, Shenzhen, which houses reproductions of the world's most famous tourist attractions. This is a reproduction of Mt Rushmore National Memorial with white sculptures of the past American presidents. 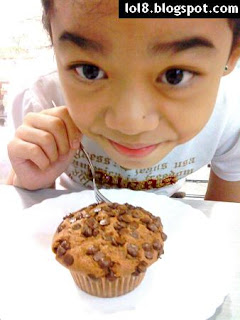 Lastly, my niece in white enjoying her muffin on a white plate. La-la-la-la~
yours truly, STUMPBO @ 12:14 am