"When we die, we don't just vanish" - Venerable Choden Rinpoche 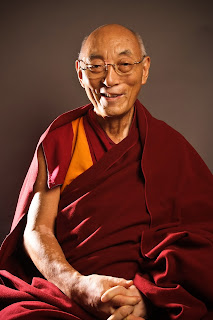 A month ago, I befriended a Dharma brother. I asked him about a certain Rinpoche whom I have never met before, and asked him to inform me if this highly realised master is in town.  A few days ago, he emailed me saying that the 77-year-old Venerable Choden Rinpoche would be in KL for teachings in December. Wow.

Although at this moment, it is highly unlikely I would be able to go KL to attend his teachings, it is my wish to meet him at least once in this lifetime to receive his teachings and blessings. May I be able to do so. 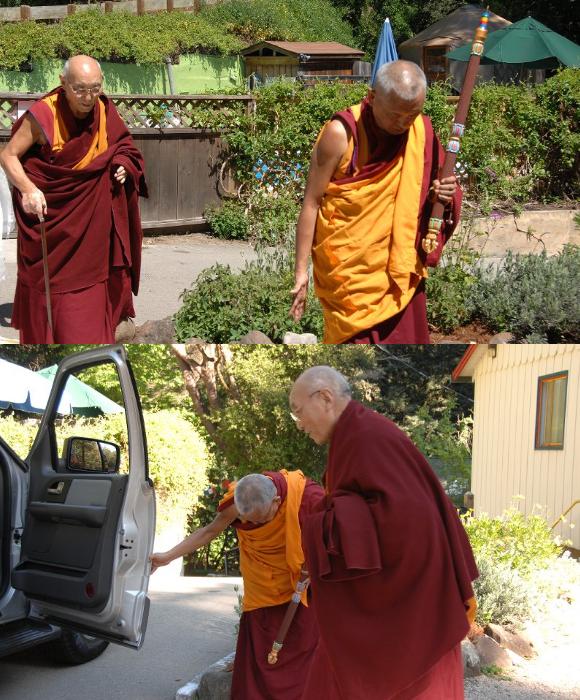 In the dream, I was to attend a very grand Dharma event in a modern looking white building with many rooms and auditoriums with high ceilings, each with a huge projection screen. There were many people present, including my whole family and relatives, all scattered around the building. My grandma was following me closely, with a slight limp. There was even one particular room with a mini ferris wheel and some participants were seated in the ferris wheel's cubicles! (On hindsight, that might have been a symbol of a gigantic Dharma Wheel!).  I also sighted a brightly lit room with 2 wooden high throne seats.

Everyone was talking about a Rinpoche and all I could hear was "Rinpoche...(this and that)..".  Throughout the dream, I did not see any photos of Choden Rinpoche or any altar or Buddha statues or any Sangha. However, his face kept flashing before me as I walked around trying to find a seat. Then, all of a sudden, I saw Choden Rinpoche walking past me very slowly, smiling gently, holding a rosary in his hand. Everyone hushed and bowed down their heads in respect, as he entered the room with the 2 high throne seats. End of dream.

There are many things in life which we cannot explain. Just as I do not know why I have a dream of someone even though I have not met him in real life before. I can only guess that in my previous life, I might have been a fly or an animal who was sticking around with Choden Rinpoche. :) 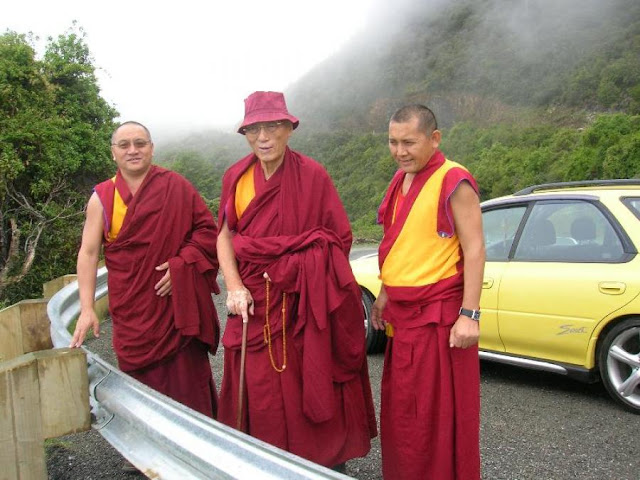 Choden Rinpoche is regarded as one of the great masters of the day, and is particularly famed for his pure moral conduct. Born in 1933 in Eastern Tibet, Choden Rinpoche was recognized at age 3 as an important incarnate lama, and ordained at age 6 by the great Pabongka Rinpoche who reportedly said, “I found your name in Gaden Monastery’s Golden Stupa". Choden Rinpoche entered Sera Je Monastery where he mastered all the philosophical teachings required for the highest monastic title of Geshe Lharampa.

When the Communist Chinese invaded Tibet in 1959, Choden Rinpoche was arrested and jailed for several months. After his release, Rinpoche went into solitary retreat for 19 years. He never left his tiny, dark room in Lhasa for 19 years and was virtually unknown in his monastery for this reason.  In 1985 he was allowed to leave Tibet for India where he finally met up with His Holiness the Dalai Lama.  He has since taught for many years to thousands of students at Sera Je monastery in South India. At the request of Lama Zopa Rinpoche, Choden Rinpoche has visited the West and FPMT Centers to give teachings and lead retreats.

His great insight into the Dharma and his peerless and compassionate conduct have inspired many students in the West to follow in his example to take ordination vows.

His words of wisdom, on his 19 years retreat:

"The future life is more important than this life – this life is just like a dream. So if you went and did as the Chinese said, you would get a good house and car, you could enjoy so many things, but this would have caused you to fall to the lower realms, where you would experience sufferings for so many eons. Future lives are much more important than this life. In order to work for the future lives, I stayed inside to practice.

When we die we don’t just vanish. We have to take rebirth, and we don’t have any choice in that birth, only what our karma determines – whether we’re reborn in the lower realms or upper realms. If you’ve done positive things in this life you can take rebirth in the human realm, and you can enjoy the result of these actions. If you do negative actions, the karma does not vanish; even the smallest karma accumulated you have to experience in the future.

The future is very long, many eons. This life is so short, it’s just fiction, just a dream. Your mind continues infinitely, and when you die in the next life, again it doesn’t vanish, and again you continue to the next life, and the next – many lives you have to go through. So all of these are determined by the present actions. You have no choice. So the present action is very important. This life is so short, perhaps only one hundred years – very small compared to the future lives. This is why the future lives are more important than this life".
yours truly, STUMPBO @ 9:11 am