A friend asked me out for dinner. Have not seen her for a few months. She said we should dine in ION Orchard.  She wanted to give me a treat. The crowd was horrendous, being a new mall and the novelty just has not worn off as yet.  Everyone was poised for a long weekend, that was why everyone was out in droves.  We could not do any shopping at this rate. The food court was full, the take-away food kiosks were long queues, some restaurants were already almost full at an early time like 6.30pm. 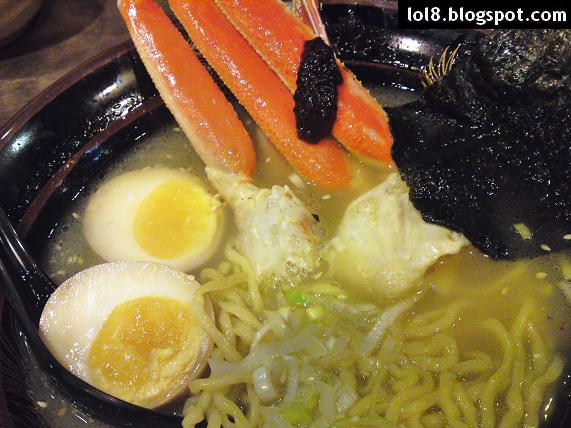 We decided to try Aoba Hokkaido Ramen, a ramen shop from Asahikawa, as I have read reviews its ramen was quite good. The queue was already beginning to form but we got our seats immediately. I heard there were usually queues of 15-20 people at one time, being one of the more popular restaurants in ION and the wait was usually 15-30 minutes.

Normally for ramen, I would order Shoyu Char Siew Ramen $13.80. But since they were having a promotion for their Zuwai Kani Ramen (long-legged crab) at $16.80, we decided to try it. The usual price was $19.80. The crab pincher looked big enough, with an egg sliced into half, a slice of seaweed and the thicker-than-usual ramen. 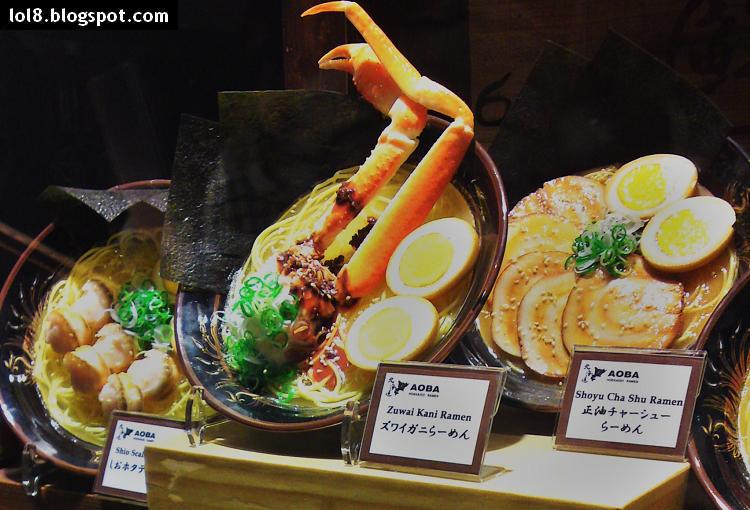 The previous photo of the ramen did not do justice to the dish. Here was the replica Zuwai Kani Ramen in the display window. Better?  The most important to me in ramen was the soup base. For this crab ramen, I mean, Zuwai Kani, the soup was strong and sweet, I finished every single drop. The crab itself was a little difficult to eat, eventhough they had already sliced the shells for you. It was not much meat either. The ramen was QQ and slightly better than the usual ones. We did not order any side dishes. Overall I liked the soup broth best. But personally I felt it was still a little behind Ramen Santouka in The Central. 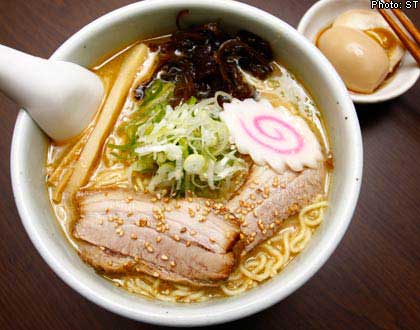 I prefer the noodles and soup broth in Ramen Santouka, which was milky and collagen-rich flavourful soup made by simmering pork bones and other secret ingredients for 16 hours. They were famous for their pork cheek ramen, although I baulked at how they priced the little add-ons for the ramen.  I also personally liked the ramen in Ichibantei, popular for their Black Pork Shabu Shabu Ramen.

After dinner, we proceeded to TCC for coffee as Aoba was too crowded and noisy for chit chat, and there was a long queue of people outside waiting for their table.  At TCC, we ordered our coffee, I ordered the Oreo Mocha Frappe and we shared a snack - Shroom Bites.  Not bad the roasted chopped mushrooms in little pastry cups. We could finally settle down to chat, for the next 4 hours. 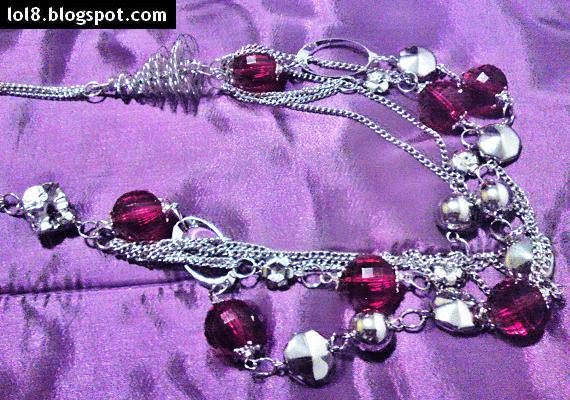 Before departing, my friend surprised me with a gift, my belated birthday gift. Wah, it was not expected. She gave me a long necklace. This friend usually like to give me costume jewellery or accessories. Thanks for the treat and gift!!
yours truly, STUMPBO @ 11:18 am