Tara, radiant as the moon

Venerable Holly, one of Lama Zopa Rinpoche's assistants, shared this photo of Mother Tara. I like this Tara very much, because she looks just magnificently beautiful, so I just have to share this. I heard this Green Tara is in Dehradun, India.

For those not familiar with Mother Tara, she is also known as Jetsun Drolma in Tibetan. She is a female Buddha in Vajrayana Buddhism and is the "Mother of Liberation" and the "Mother of all Buddhas" who swiftly clears one's obstacles. She is also the embodiment of compassion and action. Mother Tara came from the tears of Avalokiteshvara (Guan Yin), who hears the cries of beings experiencing misery in samsara. 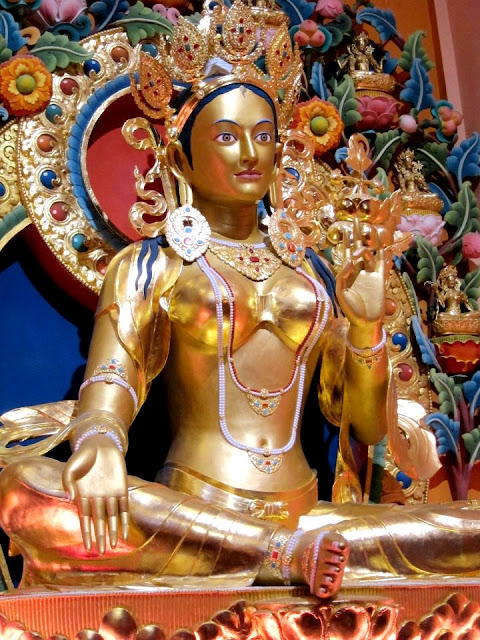 Here's the story of how Tara came to be:


Tara vowed, "I have developed bodhicitta as a woman. For all my lifetimes along the path I vow to be born as a woman, and in my final lifetime when I attain Buddhahood, then, too, I will be a woman."

She is as radiant as the moon.


Here is my favourite version of her mantra: Om Tare Tuttare Ture Svaha!