The huge red guy with red wax in a dream 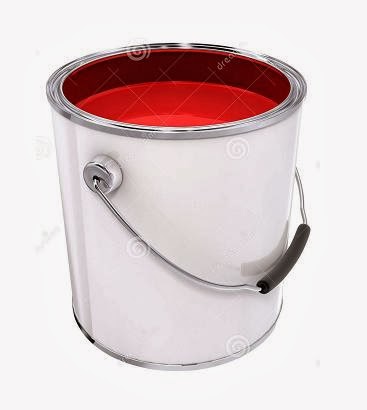 Three days ago, it was the second night in a row I was  awakened by alarm at 4am which I had no idea who and when it was set.  Its alarm was very loud that I jumped out of bed and kept pressing before it stopped. This alarm was from my company hand phone I carry with me. The same thing happened the previous night but I forgot about it. I just switched it off and fell asleep.

So I was awake by the false alarm (literally) and was trying to get to sleep. I fell asleep again at 5plus. I had a long dream. I was in a house with many many rooms. Quite an empty house except rows of built in cupboard, and each room was quite empty. I think I was supposed to stay over or something as I explored the house.

Then fast forward, I was inside the house again. This time I passed by a small simple altar and there were the statues of Lama Tsongkhapa and his 2 disciples.  A certain event was happening and many people seemed to be going to have dinner. However there was also a ritual or something happening.