I have passed by Uncle Sam's Claypots at City Square Mall a couple of times. The name, the font used for the signage was vaguely familiar.  It brought back memories of a Uncle Sam's claypot stall in Parkway Parade's Makan Parade foodcourt more than a decade ago. 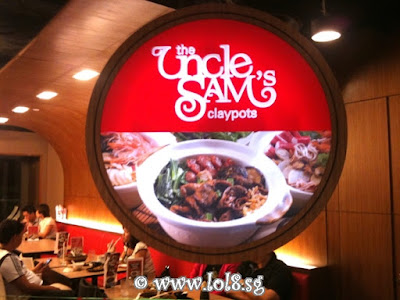 I am still wondering if this restaurant is owned by the same person. I remember the boss of the claypot stall then, was the first in the market to use microwave ovens to cook its pre-prepared claypot rice in a faster efficient manner. I used to love his chicken claypot rice with its mean serving of great chilli sauce. I also remember the boss himself had a photo taken with Michael Jackson, and which he displayed at the stall. 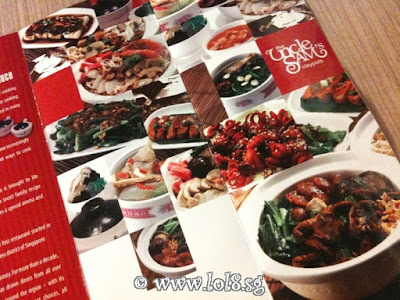 Over the weekend, the family was in City Square Mall for dinner and to do some Christmas shopping. We decided to try Uncle Sam's Claypots. Besides all the claypot rice and noodles choices, there are of course many run-of-the-mill ala carte dishes to choose from. 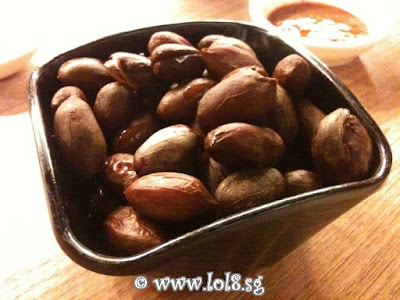 The appetisers served - Braised Peanuts - was very soft, warm and quite delectable. My father and niece particularly liked them. 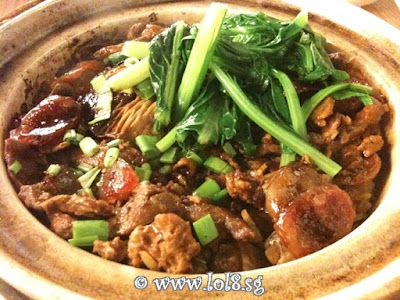 This was their signature Boneless Chicken Claypot Rice. We ordered 2 claypots of this to share. It was generously garnished with chicken pieces, chinese sausages, veggies, fried salted fish, spring onions and dark sauce.  It was cooked just right but not OTT as I had expected it to be. I recall the previous old stall's Braised Chicken Wings Claypot Rice which was really nice. Somehow I find the "oomph"  factor lacking in this new setup. 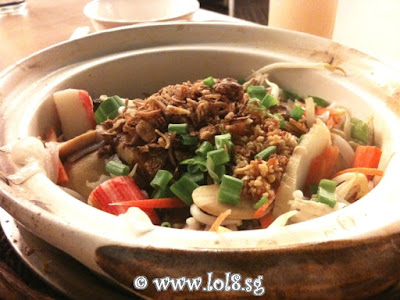 This was the Ipoh Kway Teow Claypot Noodles. It was generously garnished with seafood and mushroom and veggies. When thoroughly mixed, you can see the slightly starchy thin translucent kway teow. 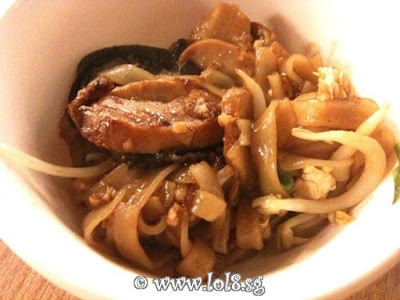 Here was my little portion of the Ipoh Kway Teow, with just beansprouts and mushroom. I think I prefer this to the Chicken Claypot Rice. 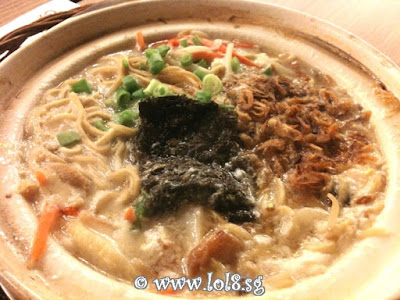 Another claypot we ordered was the Ee Mee Claypot Noodle Soup. It looked like instantly noodles but the taste of the Ee Mee has that signature taste which was heart warming. 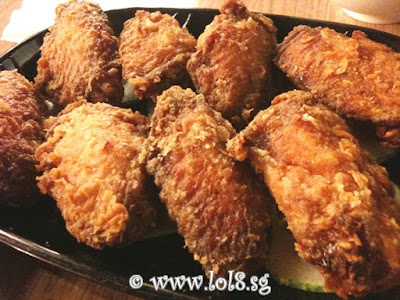 Other side dishes we ordered was Chicken Wings with Charsiew Sauce. These were very well done and really piping hot. Although I could not taste the charsiew sauce, it was well marinated and a nice change from the more common Prawn Paste Chicken Wings (Har Jeong Gai) we order elsewhere. 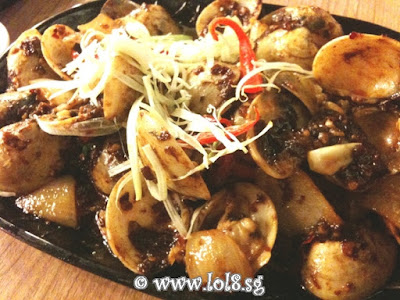 This was the Fried Sambal La La, which was my father's favourite. In addition to using sambal chilli, they added dried shrimps (hae bee) as well, so the dish turned out to be slightly sweeter. My personal preference is the Stir Fry Garlic version. 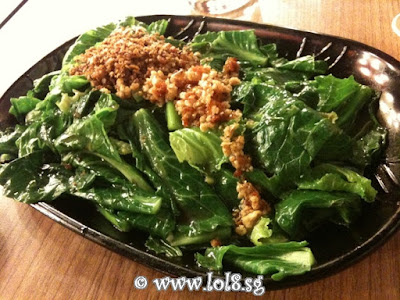 This was Steamed Baby Kailan. I love the crunchy veggies cooked just right and sprinkled with lots of fried shallots and fried garlic. 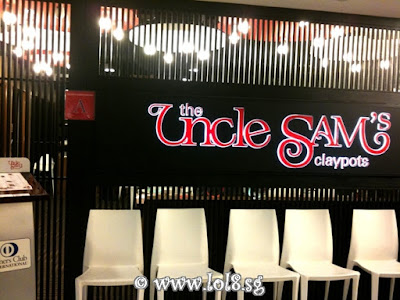 It was a nice little dinner with the family on a typical weekend. Although there are many other dishes which we have yet to try, I think I still prefer and miss the Braised Chicken Wings Claypot rice at the old stall in Parkway Parade. The good old days.
yours truly, STUMPBO @ 11:39 am